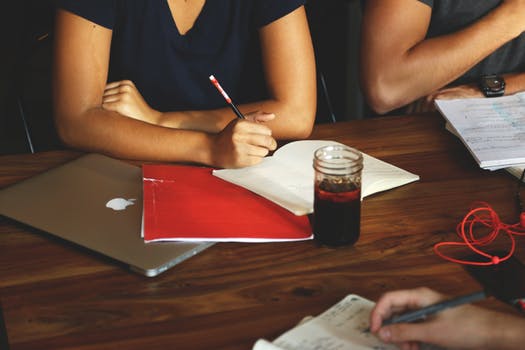 If you’re looking to change employers or even careers in 2018, it’s important that you start doing your homework now. The best place to start is learning what companies are looking for in potential employees.

Who better to turn to than the top HR execs of some of the leading businesses?

Here’s what talent acquisition managers from companies like Amazon, Facebook and Microsoft say they want to see from job applicants:

Prove that you are innovative
In an interview with job site Glassdoor, Facebook’s vice president of people Lori Goler says that applicants should show that they’re builders and learners.

Goler adds that she wants to hire people who are constantly educating themselves at the office and also contributing to the company’s growth through innovation–both attributes that can be highlighted on a resume.

Applicants should also highlight that they are risk-takers, according to Facebook CEO Mark Zuckerberg.

Applicants who are looking to score a job at the social media giant should focus on previous examples where they’ve tested out a new idea or innovative technique.

Show that you’re knowledgeable
With a drastic shortage of tech workers, IBM is now focusing on skills-based hiring rather than credentials to fill these roles, vice president of talent Joanna Daly tells CNBC Make It.

“About 15 percent of the people we hire in the U.S. don’t have four-year degrees,” she says.

To score a job at the tech giant, focus on hands-on experience that you’ve acquired. If you’ve taken any vocational classes that pertain to the industry you’re applying to, highlight those on your resume as well says Daly.

But most importantly, says one of their new hires Sean Davis, continuously hone your craft and show that you’re up to date on new technology.

Focus on the customer
“We start working backwards from the customer,” Amazon’s director of university recruiting Miriam Park tells CNBC Make It,

This customer-driven ideology has been a longtime mantra of Amazon’s CEO Jeff Bezos.

Park says that you should highlight jobs where you have worked in a customer based role and focus on past work experiences that have dealt with the “customer profession.”

Lastly, she says, highlight examples where you made things better for the customer by going “above and beyond.”

Be passionate about the company
Brendan Browne, the global head of talent for LinkedIn, says that he looks for passion when hiring new employees.

Although certain roles do focus more heavily on tech-based “hard skills,” he also looks for softer skills, like enthusiasm and the ability to think quickly and efficiently.

Browne adds that you should also demonstrate that you’re knowledgeable about the organization you’re applying to and their work.

“Show that you’re familiar with [the company],” the HR chief tells CNBC Make It. “Learn about the culture, mission and values.”

Be a leader who ’embraces the future’
Chuck Edward, Microsoft’s head of global talent acquisition, says that the tech company favors applicants who “embrace the future.”

The HR exec suggests that you highlight your past leadership experience on your resume and how you have “achieved results, progressed and learned” in prior roles.

The HR chief explains that these skills show aptitude, which people from different backgrounds possess. This widens the demographic of people that the company can employ, he says.

“It’s not always tech expertise,” Edward tells CNBC Make It, “[but rather] passion for what tech can do. That opens up a huge palette of people we can hire.”