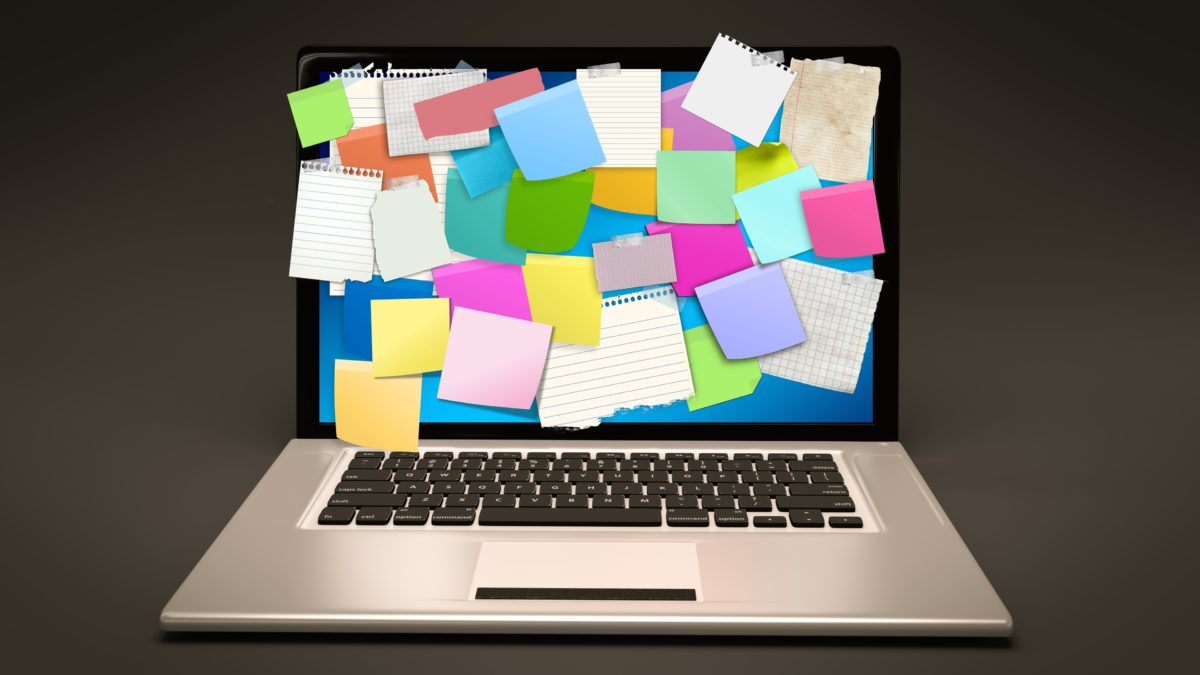 Improve the odds of a successful business transformation by going “all in” to kick-start performance and remake your portfolio.
By Chris Bradley, Marc de Jong, and Wesley Walden
Open interactive popup

Business transformation programs have long focused on productivity improvement—taking a “better, faster, cheaper” approach to how the company works. And for good reason: disciplined efforts can boost productivity as well as accountability, transparency, execution, and the pace of decision making. When it comes to delivering fast results to the bottom line, it’s a proven recipe that works.

The problem is, it’s no longer enough. Digitization, advanced technologies, and other forms of tech-enabled disruption are upending industry after industry, pressuring incumbent companies not only to scratch out stronger financial returns but also to remake who and what they are as organizations.

It’s entirely possible for organizations to ramp up their bottom-line performance even as they secure game-changing portfolio wins that redefine what a company is and does.

Doing the first is hard enough. Tackling the second—changing what your company is and does—requires understanding where the value is shifting in your industry (and in others), spotting opportunities in the inflection points, and taking purposeful actions to seize them. The prospect of doing both jobs at once is sobering.

How realistic is it to think your company can pull it off? The good news is that our research demonstrates it’s entirely possible for organizations to ramp up their bottom-line performance even as they secure game-changing portfolio wins that redefine what a company is and does. What’s more, “all-in” transformations that focus on the organization’s performance and portfolio appear to load the dice in favor of transformational results. By developing these two complementary sets of muscles, companies can aspire to flex them in a coordinated way, using performance improvements to carry them to the next set of portfolio moves, which in turn creates momentum propelling the company to the next level.

Life on the power curve
If you want to see where you’re going, it’s best to start with a point of reference. Our choice, the power curve of economic profit, came out of a multiyear research effort that sought to establish empirical benchmarks for what really makes for success in strategy. To create Exhibit 1, we plotted the economic profit (the total profit after subtracting the cost of capital) earned by the world’s 2,393 largest nonfinancial companies from 2010 to 2014. The result shows a power curve that is extremely steep at both ends and flat in the middle. The average company in the middle three quintiles earned less than $50 million in economic profit. Meanwhile, those in the top quintile earned 30 times more than the average firm in our sample, capturing nearly 90 percent of all the economic profit created, or an average of $1.4 billion annually.

While all of these factors matter, the five moves play the biggest role in determining whether or not a company successfully climbed the power curve. They are also the ingredients of a truly transformational transformation program, so let’s look at them next.

Big moves in the transformation tool kit
To place the five big moves in the context of transformation, we divided them into two categories. The first covers “performance-related” moves. These include substantial changes that lead to better margins and potential new fit-for-purpose business models.

Productivity improvements are a management favorite in the performance genre, but to qualify as a big move, the relative improvement versus your sector must outpace 70 percent of firms over a decade.

Differentiation improvement is the other performance-related move, covering innovation in products, services, and business models. Similarly, for this move to really transform the business, we said that your company’s gross margin improvement must put it in the top 30 percent of its industry’s improvement—or, to put another way, you must deliver 25 percent more improvement than your industry median.

5 big movesWe strive to provide individuals with disabilities equal access to our website. If you would like information about this content we will be happy to work with you. Please email us at: McKinsey_Website_Accessibility@mckinsey.com
The second category covers three “portfolio-related” moves. The first is active resource reallocation, which we define as the company shifting more than 60 percent of its capital spending across its businesses or markets over ten years. Such firms create 50 percent more value than counterparts that shift resources at a slower clip.1 Meanwhile, a big move in programmatic M&A—the type of deal making that produces more reliable performance boosts than any other—requires the company to execute at least one deal per year, cumulatively amounting to more than 30 percent of a company’s market capitalization over ten years, and with no single deal being more than 30 percent of its market capitalization. Finally, for capital programs to qualify as a big move, the ratio of capital expenditure (capex) to sales must exceed 1.7 times the industry median for at least a decade.

Making big moves tends to reduce the risk profile and adds more upside than downside. The way we explain this to senior executives is that when you’re parked on the side of a volcano, staying put is your riskiest move.

While the five moves are by definition big relative to competitors, this does not mean they are brash or reckless. In fact, making big moves tends to reduce the risk profile and adds more upside than downside (although how much of each depends in part on your industry’s trends, as we will see). The way we explain this to senior executives is that when you’re parked on the side of a volcano, staying put is your riskiest move. Moreover, the five moves are cumulatively big and are most effective when combined in carefully considered ways. The successful big movers rarely lurch; they are far more likely to move consistently and steadily, with a constancy of purpose, over a long period of time.

Combining moves to transform
As shown in Strategy Beyond the Hockey Stick, for companies in the middle ranks of the power curve, making one or two of the five big moves increases a company’s odds of rising into the top quintile from 8 percent to 17 percent; making three big moves boosts these odds to nearly 50 percent. In our latest research, we sought to become more granular about the relationship between different categories of moves, by segmenting 1,435 companies that started in the middle three quintiles of the power curve into four transformation “stories” (Exhibit 2). Those relationships are interesting in their own right, and we also hope they will help leaders raise their sights in a nuanced way. Resetting aspirations often represents a critical need. It’s quite rare for companies to make more than a single big move; about 80 percent of our sample made exactly one move, or none at all.

Transformations that go ‘all in’ by addressing both a company’s performance and its portfolio yield the highest odds.

The 12 percent of companies in our sample that made at least one big move in both categories were rewarded with the highest odds of climbing the power curve, at 22 percent. Consider the case of Sun Pharmaceutical, an India-based manufacturer of generic drugs, which made clear differentiation improvements and executed a strong capital program over the period we studied. This allowed the company to seize upon the industry trend of increased local and global demand for generic medicines. In 2007, the company divested its research arm to focus fully on generics. This resulted in an aggressive expansion of the company’s production capacity (with a capital-expenditure ratio twice as high as the industry median at that time) and a strong focus on higher-margin generics (its gross margin doubled between 2000 and 2014).

The implication of these transformation stories is clear: approaches that go all in by addressing both a company’s performance and its portfolio yield the highest odds of lasting improvement. Over the course of a decade, companies that followed this path nearly tripled their likelihood of reaching the top quintile of the power curve relative to the average company in the middle three tiers.2
Play to your industry context
Life would be simpler if our story ended here. However, you’re not operating in a competitive vacuum. As we described earlier, other forces influence your odds of success in significant ways—in particular, how your industry is performing. To map this effect, we divided our sample of companies according to whether or not their industry improved its average economic profit over the decade we studied. We knew from our previous research that companies facing competitive headwinds would face longer odds of success than those with tailwinds, but what we now saw was the extent to which the impact of different combinations of moves affected the odds for each group.

Running against the wind
Among the companies in the power curve’s middle three quintiles, fully 60 percent compete in industries where the average economic profit is declining. Life is tough with a headwind, and these companies must run hard just to stand still. Just how hard becomes clear when we look at their net odds of success. We calculated this by netting their chances of moving to the top quintile against their chances of falling to the bottom quintile.

Standing still is a terrible idea. The odds associated with a static approach are grim, equating to a 2 percent chance of reaching the top of the power curve and a 16 percent chance of slipping to the bottom. Nonetheless, just over half the companies in declining industries followed this path.
Good performance alone won’t cut it. Surprisingly, perhaps, we found that performance-only moves also equate to negative net odds. True, the downside risk is lower with this approach than if you make no big moves at all—but not by much. This finding flies against the conventional wisdom that the best response in a declining industry is corporate belt tightening.
You can’t spend your way out of trouble. Companies taking a capex-only approach added far more downside than upside. Why? Big capital expenditures are an amplifier, pushing you faster in a good direction if the underlying investment is smart, and faster in a bad direction if it’s not. Given the added drag of an industry headwind, a capex-only approach to transformation is like stepping on the accelerator in heavy traffic: you won’t get far and may well crash.3
All in is your best chance. Companies that combined big performance moves with big portfolio moves (including capital expenditures, when not the only portfolio move employed) saw a big lift in their odds. Life is still challenging for these companies—their net odds are dead even—yet this is superior to the negative odds of the other situations. Ultimately, a bit more than one in five companies in this category were able to move to the top quintile