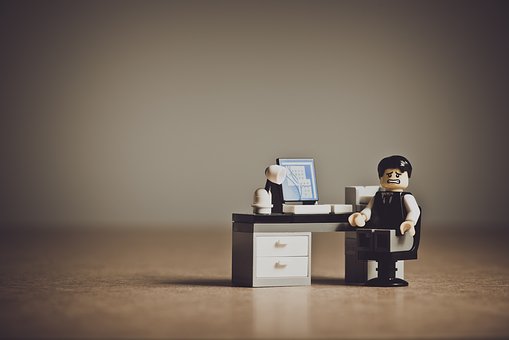 It’s not uncommon to meet a lawyer who’d like to work in renewable energy, or an app developer who’d like to write a novel, or an editor who fantasizes about becoming a landscape designer. Maybe you also dream about switching to a career that’s drastically different from your current job. But in my experience, it’s rare for such people to actually make the leap. The costs of switching seem too high, and the possibility of success seems too remote.

But the answer isn’t to plug away in your current job, unfulfilled and slowly burning out. I think the answer is to do both. Two careers are better than one. And by committing to two careers, you will produce benefits for both.

In my case, I have four vocations: I’m a corporate strategist at a Fortune 500 company, US Navy Reserve officer, author of several books, and record producer. The two questions that people ask me most frequently are “How much do you sleep?” and “How do you find time to do it all?” (my answers: “plenty” and “I make the time”). Yet these “process” questions don’t get to the heart of my reasons and motivations. Instead, a more revealing query would be, “Why do you have multiple careers?” Quite simply, working many jobs makes me happier and leaves me more fulfilled. It also helps me perform better at each job. Here’s how.

My corporate job paycheck subsidizes my record producing career. With no track record as a producer, nobody was going to pay me to produce his or her music, and it wasn’t money that motivated me to become a producer in the first place — it was my passion for jazz and classical music. Therefore, I volunteered so that I could gain experience in this new industry. My day job not only afforded me the capital to make albums, but it taught me the skills to succeed as a producer. A good producer should be someone who knows how to create a vision, recruit personnel, establish a timeline, raise money, and deliver products. After producing over a dozen albums and winning a few Grammys, record labels and musicians have started to reach out to see if they can hire me as a producer. I still refuse payment because making music, something that is everlasting, is reward enough for me.

At the same time, I typically invite my corporate clients to recording sessions. For someone who works at an office all day, it’s exciting to go “behind-the-scenes” and interact with singers, musicians, and other creative professionals. While I was in Cuba making an album, one of my clients observed about the dancing musicians, “I’ve never been around people who have so much fun at work.” That my clients have a phenomenal experience only helps me drive revenue at work, so my corporate and recording careers are mutually beneficial.

When I worked on Wall Street, my professional circle was initially limited to other folks in the financial services sector: bankers, traders, analysts, economists. Taken together, all of us establish a “consensus” view on the markets. And most of my asset manager clients were looking for something different: “Give me a contrarian perspective.” In other words, they didn’t want to hear the groupthink. I took this as marching orders to tap my rolodex for people who could provide my clients a differentiated perspective.

For example, one of my clients wanted to understand what Chinese citizens were saying to each other. Because I am an author, I have gotten to know other writers, so I reached out to my friend who was a journalist at a periodical that monitors chatter in China. Not restricted by the compliance department of a bank, he was able to give an unbridled perspective to my client, who was most appreciative. My client got a new idea. I got a trade. My friend got a new subscriber. By being in different circles, you can selectively introduce people who would typically never meet and unlock value for everyone.

When you work different jobs, you can identify where ideas interact — and more significantly, where they should interact. “It’s technology married with liberal arts, married with the humanities, that yields us the result that makes our heart sing,” said Steve Jobs, who was the embodiment of interdisciplinary thinking.

Because of Hurricane Katrina, many musicians left New Orleans. In order to generate funds to help musicians in the city, I could have created a typical nonprofit organization that solicits people for money. Instead, I helped create a more sustainable solution: a brokerage for musicians that I described as Wall Street meets Bourbon Street. People wanting to book a musician for a party in New York could find a band on my organization’s website, which would then ask the booker to add a “tip” which would be allocated to a New Orleans-based charity. The booker (who in some cases were my corporate clients) easily found a band for the party, the New York City-based musician got a gig, and the charity in New Orleans got a small donation. Because of my time working at a bank, I was able to create a different type of organization, one which has since merged with an even larger charitable organization.

When you follow your curiosities, you will bring passion to your new careers, which will leave you more fulfilled. And by doing more than one job, you may end up doing all of them better.