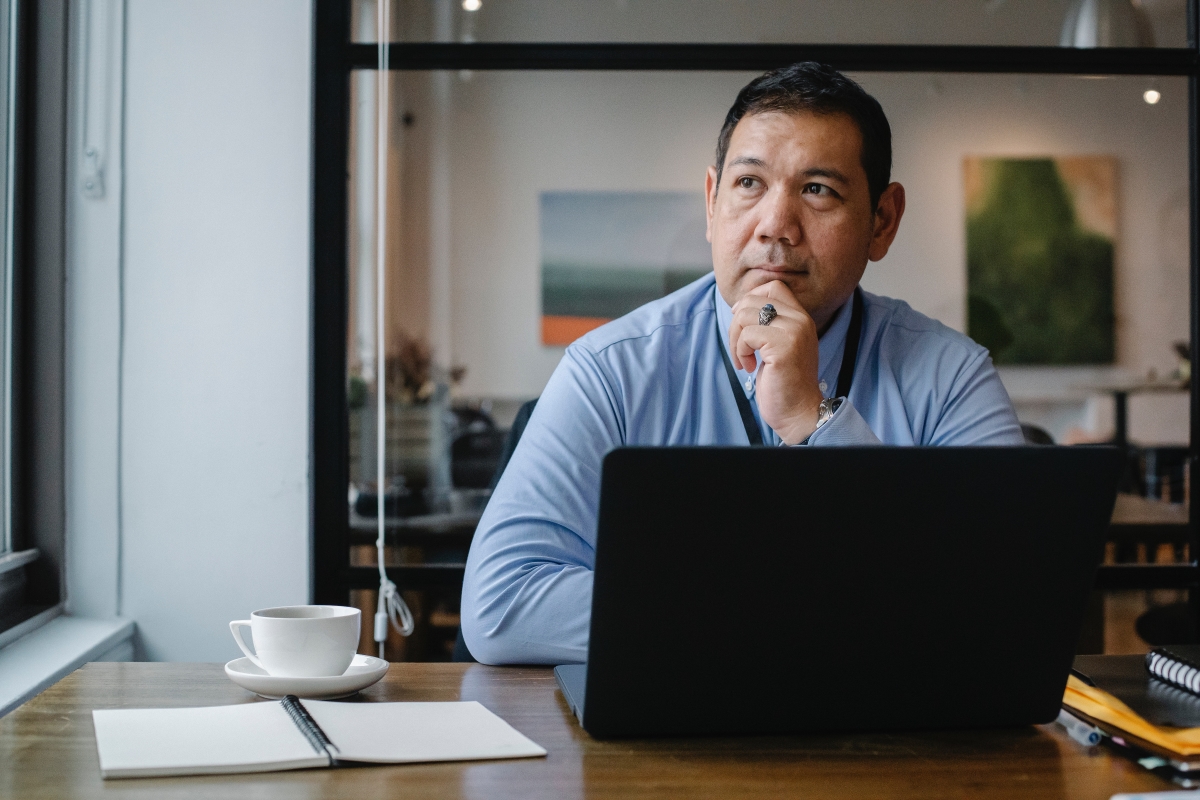 CEOs of more than 200 major US companies pressed the US Senate for gun legislation after a string of mass shootings this spring. Increasingly, chief executives have been taking public stands on pressing social issues, including immigration, climate change and voting restriction laws.

One area where CEOs have been particularly vocal has been diversity, equity and inclusion, or DEI. More than 500 CEOs combined forces in January to ask Congress to pass legislation protecting members of LGBTQ+ communities from discrimination. Ben & Jerry’s CEO Matthew McCarthy has called for reparations for Black Americans, Max Levchin of PayPal opposed Donald Trump’s travel ban, while Yelp’s Jeremy Stoppelman condemned restrictive abortion policies, because – he says – not speaking up on the issue “flies in the face of any public commitment to diversity and equity.”

Public advocacy can be one of the most effective ways for a CEO to support corporate diversity, equity, and inclusion efforts and convey to employees, investors and customers what they stand for

Another powerful group, Republican legislators and their conservative allies, have been trying to quiet some of these activist CEOs. In Florida, they stripped Disney of special privileges, after the CEO spoke up against the state’s “Don’t Say Gay” law. In Congress, they are proposing a law that would require CEOs to have to prove that DEI activism benefit shareholders.

So, why do CEOs advocate for diversity, equity and inclusion?
Some CEOs say they have come to see themselves as more than just business leaders; instead, they feel accountable to their community and society. When companies focus only on the bottom line, it widens the gap between rich and poor, and harms the environment. It also weakens legislation protecting consumers and workers and numbs companies to the environmental costs of their activities. Explaining his vision of capitalism, Salesforce’s Marc Benioff told CNBC “We need a new capitalism, we need a capitalism that’s more fair, more equitable, more sustainable.”

Other CEOs say they have no choice: they need to speak up if they want to attract and retain employees. At a conference hosted by Fortune a few weeks ago, Delta Airline’s Ed Bastian put it this way: “We’re not about trying to be a legislator or a politician or trying to be a social advocate. But there come times when what you see happening and the divisiveness in society is impacting your own people, and your people are feeling and carrying the weight of that.”

Bastian is on to something: research shows that job seekers – Millennials especially –expect CEOs to speak up on social issues.

Build Belonging: 6 Best Ways To Connect Based On Science
For a few CEOs, it’s about expressing their personal values. Paypal’s Levchin, for example, has said that his experience as a refugee compelled him to speak up on the handling of the Syrian refugee crisis. Many other CEOs admit to speaking up when they think it fits their company’s purpose, values, and business interests. Nike’sNKE +0.2% stance on Colin Kapernick’s decision to take the knee, which then became the cornerstone of a highly successful ad campaign is one example of synergies between values and profit.

Partisanship explains some of CEOs’ activism – but it’s not just about CEOs’ political views.

Abhinav Gupta is an associate professor of management at University of Washington’s Forster School of Business studies corporate activism. He says that “liberal CEOs take more stances than conservative ones. It’s very infrequent that CEOs advocate for conservative issues.” His work also shows that the political leaning of a firm’s workforce – what he calls a firm’s “political ideology” – has a big influence on whether CEOs take a stance on an issue. In a study analyzing 529 firms from 2001 to 2013, Gupta and his colleagues Forrest Briscoe and Donald C. Hambrick (both at Penn State University) revealed that a firm’s political ideology predicts the likelihood of the firm adopting domestic partner benefits and promoting women into their top management team.

Conservatives are stepping up their efforts to quiet activist CEOs.
In seeking to muzzle CEO activism, conservatives claim it’s bad for business. While it’s true that activism alienates employees and customers who disagree, it rarely causes a firm’s share price to drop, studies show. And firms have long sought to shape opinions to favor their interests. Tobacco and energy firms, for example, presented lawmakers with scientific evidence that supported their business interests. Activism is different from lobbying in that it is very public. And because the public have begun to trust CEOs more than lawmakers and the media, CEOs who speak up have political influence.

Now Republican legislators are punishing CEOs who are vocal on social issues, especially when CEOs’ stance aligns with left-leaning viewpoints. After Disney’s Bob Iger spoke up against Florida’s “Don’t Say Gay” law, the state’s Republican governor moved to revoke some of the firm’s long standing privileges. And when Delta Airlines eliminated flight discounts for NRA members in 2018 (it claimed to do so in an effort towards neutrality on gun control), Georgia’s Republican-controlled Senate, House and Governor deprived Delta from a $50 million sales tax exemption.

Republicans are also introducing bills in the US Congress making it more difficult for CEOs to speak up and act on DEI issues. Marco Rubio’s Mind Your Own Business Act of 2021, wants to discourage firms from being “agents of social change” and from promoting “socialism, Marxism, critical race theory, or other un-American ideologies among their workforces or customers.”

More broadly, conservative legislators across the US are trying to stop financial institutions from using criteria like a firm’s environmental or social goals to create specialized investments funds. If financial institutions no longer can use these forbidden from using these criteria, it would decrease the pressure on firms they invest in to improve their DEI policies and practices.

Other conversative groups have used shareholder proposals to pressure firms with anti-DEI requests. Shareholder proposals are formal requests that shareholders can ask other shareholders to vote on during a firm’s annual meeting. In their requests, some conservative groups insinuate that diversity training and minority hiring targets discriminate against Whites and demand companies like Bank of AmericaBAC +0.2%, PfizerPFE -2% and CitigroupC -0.8% conduct racial equity audits. They asked Johnson & JohnsonJNJ -0.4% to review whether their compensation policy discriminates against whites. J&J’s policy holds managers accountable for DEI progress – one of the most effective programs for advancing DEI. They also press firms to prove that their DEI efforts improve the bottom line.

CEO activism rarely hurts a firm’s value, contrary to conservative claims
Officially, conservatives want to stop CEOs from speaking up and acting on DEI because, they say, it hurts shareholders. But studies don’t bear this out.

One study of large US firms finds when CEO speak up, their firm’s stock price goes up. They calculate that this “translates into a $13–$28 million gain in shareholder value, based on the median market capitalization of $12.69 billion.” These gains are even larger in more competitive industries and in industries that rely on more educated and better trained employees.

In some cases, the increase in firm value due to CEO activism is not immediately evident. Nike’s shares initially tumbled after it supported Colin Kaepernick, but greatly recovered afterwards, increasing Nike’s market value by an unprecedented $6 billion.

CEOs activism helps the bottom line when it matches what customers and employees’ care about
When CEOs advocate a position that aligns with their customers’ values, sales are more likely to increase, one study finds. However, when CEO activism is out of step with customers’, employees’ and local legislators’ values, sales decline. Dick Sporting Goods’ decision to stop selling AK-15 and similar rifles, for example, cost the company close to $250 million dollars in sales. (The share price, according to CEO Ed Stack, “didn’t react too negatively, and it’s been up since we made the announcement”.)

Overall, employees respond to CEO activism with increased productivity and innovation. For employees too, alignment explains reactions to CEO advocacy. Aligned employees identify more with the firm, are more committed to their employer. Employees at odds with the CEO’s position identify less and feel less committed. This is what a team of researchers at University of Notre Dame and Penn State University found when they examined changes in employees’ Glassdoor ratings before and after their employer took a stance on the North Carolina transgender bathroom debate.

CEO advocacy also mobilizes employees politically, The Notre Dame – Penn State team found. Gupta reaches similar conclusions in his work. In a study to be presented at Academy of Management conference this summer, Gupta his doctoral student Nicole West, and Majid Majzoubi, assistant professor at York University, found that after CEOs speak out on a liberal issue, their employees become more liberal, too. They gauge changes in employees’ political inclinations by tracking aggregated employee donations to major political parties over time. And it’s not just the rank-and-file employees who change. Conservative executives leave and are replaced by more liberal ones, their study shows.

This makes sense. More and more, customers shop along partisan lines (StarbucksSBUX +1.3%’ customer base leans liberal, Chick-fil-A’s conservative), so CEOs can anticipate which side of a hot- button issue will boost sales. It’s also easy for CEOs to find out where their employees stand on the political spectrum: aggregated information on workers’ political donations is publicly available for many companies. So, CEOs have the tools to align their activism not just with their business goals, but also with their key constituents, increasing the likelihood that their activism also ultimately helps shareholders.

While one may question CEOs’ motives in advocating for social issues, it’s clearer than ever that the public wants to know where CEOs stand on the issues they care about. They care especially about the stance of the companies they work for and buy from. And advocacy, when it aligns with the firm’s values, seems not to hurt shareholders – on the contrary. Whether it prevails in advancing DEI and progressive issues in the face of Republican opposition remains to be seen.