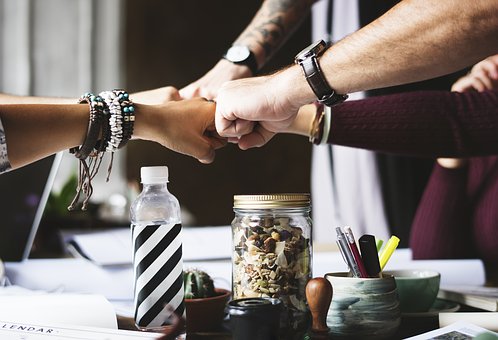 Women must advocate for themselves if they want to move their careers forward. But to succeed, they can’t go it alone. All successful leaders need a network of champions — including mentors and sponsors.

“The people around us have the ability to either support or hinder our growth toward the leaders we can be,” says CCL’s Jennifer Martineau, co-author of Kick Some Glass: 10 Ways Women Succeed at Work on Their Own Terms.

“If people don’t have access to the relationships important to leadership success, they’re missing out.”

And in fact, women are missing out.

Women outnumber men at almost every educational level and are about half the workforce in most countries, but:

Women hold just 24% of senior management roles.
Women make up a mere 3% of Fortune 500 CEOs.
Only 1 in 18 women earns a 6-figure salary in the US—versus 1 in 7 men.
For women of color, this wage and leadership gap is even wider.
Progress has been slow or stagnant in the percentages of women reaching senior, top, and director-level positions in all countries in which benchmarking studies have been conducted.
Yet the business case for advancing women leaders is compelling. In addition to doubling a company’s talent pool, recruiting women increases financial performance:

Fortune 500 companies with the highest representation of women on boards financially outperform those with the fewest female board members.
A recent Gallup study found that gender-diverse business units have higher average revenue than less diverse business units.
Having larger percentages of women in an organization also predicts greater job satisfaction, higher levels of employee engagement, and decreased rates of burnout — for all workers, regardless of gender, age, ethnicity, or leadership level.
In short, having more women in the workplace is associated with positive outcomes for both women and men.

So, how can women advance their careers, and how can organizations ensure they’re making the most of all their talent?

A key strategy is to prioritize the mentoring and sponsorship of women — particularly by influential (often male) leaders.

Both mentors and sponsors are critical to helping aspiring women leaders gain the perspective and connections they need to take on larger roles and advance their careers.

What’s the Difference Between a Mentor and a Sponsor?
By the time they reach mid-career, most leaders can name a handful of advisors — bosses, coaches, colleagues, and friends — who’ve helped them build confidence and develop needed skills. These advisors may be mentors and/or sponsors.

While both guide professional development, there are important differences between mentors and sponsors:

MENTOR SPONSOR
Role Experienced person at any level Senior leader in the organization
Goal Provide guidance for career choices and decisions Use influence to help employee obtain high-visibility assignments
Who drives the relationship? Both mentee and mentor; requires mentor to be responsive to the needs of the “mentee” The sponsor, who chooses to advocate for “sponsoree,” including behind closed doors with other leaders
Actions Helps mentee determine paths to meet specific career goals Advocates for sponsoree’s advancement; champions her potential
Mentors vs. Sponsors
Mentors provide guidance and support, whether around a specific need or for ongoing development. They listen to their mentees’ experiences and give constructive, direct, and honest feedback.

Our research with the Leaders’ Counsel found that people who are mentored:

Are better prepared for promotions and have higher success rates;
Stay with their organizations longer;
Feel more satisfied with their jobs and careers; and
Rate higher on performance measures.
We also found that “mentees” have greater impact in their organizations, are perceived as being more innovative and creative, show higher resilience to setbacks, and have stronger networks.

A mentor may also be a sponsor — but not necessarily. A sponsor is a specific type of mentor who goes above and beyond giving advice.

Sponsors are advocates who actively work to advance the career of their “sponsoree,” touting their accomplishments and potential, connecting them to others in their network, and recommending them for bigger roles. A sponsor pushes their “sponsoree” to take on challenging assignments and actively advances their career progression — including in off-the-record or closed-door meetings with other leaders.

Since the people who can advocate and create opportunities for others have some level of authority in an organization, they are likely upper-level leaders — people in power. And as the statistics above noted, in most organizations, that pool of influencers is still primarily male.

So “while sponsors are important for men, they are critical for women,” says Martineau. “Yet men are more likely than women to have sponsors.”

Mentoring at all career stages is important, but without sponsors who take that next step to advocate on their behalf, women — especially women of color — are at a disadvantage.

Like attracts like.
Since people naturally tend to gravitate to other people who are like them, male leaders may unconsciously be inclined to mentor and champion other men.

Similarly, women may not feel comfortable asking somebody several levels up—especially someone who doesn’t look like them—for advice or sponsorship. So even with no other factors at play, more men than women are sponsored, and leadership power structures remain largely unchanged.

Unconscious bias also plays a role.
“Historically, images and ideals of leadership have been associated with stereotypically ‘male’ qualities, and so because of that, women are less likely to be perceived as ‘leadership material,’ as compared to men,” notes senior CCL researcher Cathleen Clerkin.

Research shows that women face a double bind of being seen as competent or likable — but not both.

Research has also found that women receive fewer stretch assignments and more vague, personal, and unhelpful feedback than men — preventing them from getting clear information about their performance that would push them to learn, grow, and improve.

Assumptions are problematic.
“Often, women have the right qualifications and the personal readiness but are not considered for a promotion or critical assignment,” says Laura Santana, who works closely with female leaders in CCL’s Women’s Leadership Experience and other leadership development programs.

“People make assumptions about women’s capabilities and interests and then make decisions for them:

She’s too nice; she wouldn’t want this job…
She has young children; the travel schedule will be too demanding…
She won’t want this promotion; she’d have to relocate her family…
She hasn’t done this before; she won’t feel up for the challenge…
“These assumptions may not be conscious or spoken, but they cause women to be overlooked for roles they would be great at.”

“Queen Bee Syndrome” contributes, too.
The few women who have broken through the glass ceiling often still find themselves feeling stuck because of gender bias. While many women do sponsor, promote, or support the career advancement of other women, those who don’t are sometimes called “queen bees” and are considered unsupportive of other women.

But our research has found that when women executives do advocate for diversity and promote other women, they receive lower competency and performance ratings. So it’s understandable that senior women may hesitate to advance the careers of more junior women — it may feel as if it comes at too great a personal cost. Men who sponsor or promote women are not similarly penalized — and may even be rewarded for supporting diversity.

To mitigate power and bias, both men and women in positions of power should mentor and sponsor talent — regardless of gender. With awareness of the reality of power and bias in everyday actions, leaders should check their thinking, adjust as needed, and call out bias whenever they see it.

Aspiring Women Leaders: Don’t Go It Alone
Think you might need a mentor or sponsor? If you don’t already have one, the answer is yes.

“In new roles, you need to learn new skills, find out what you don’t know, and learn. If you’re not moving ahead or are feeling stuck or confused about your situation, get help — it’s not all on you. Don’t put all the responsibility on yourself to advance in your career or succeed in a new role.”

“If I do a good job, people will notice. If I do just a little more, work a little harder, it will happen. I don’t need a mentor or sponsor.”
Or, “I want to earn that promotion myself; it feels like cheating or pulling rank if I have a senior decision-maker on my side.”
Or, “The timing isn’t right, right now; I’ll go for the next opportunity.”
Many women wrestle with these same concerns.

But without access to the people who can set you up for the experiences you need — and support you through the inevitable challenges — your career progress is likely to stall, leading to short-term frustration and long-term consequences.