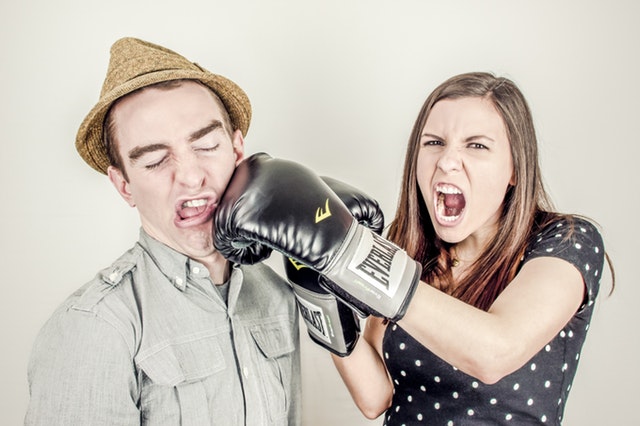 Beginning a three-part serialisation of her book, Lucy Adams – keynote speaker at this week’s HRD Summit – looks at why people don’t like to change the way they work and how you can make it easier for both them and you.

I’m a recovering HR director. I’ve spent 20 years in the field and have been HR director at three sizeable organisations: large-scale service provider Serco, global law firm Eversheds, and finally the BBC. For the past four years, however, I’ve been engaged in something rather different.

Having become increasingly frustrated with my profession towards the end of my time at the BBC I realised it was time for a change of my own, which led to the creation of my consultancy, Disruptive HR.

Together with my business partner, Karen Moran, I now work with HR professionals all over the world who both recognise the need to change the way HR operates and want help with doing it.

I’ve met thousands of HR folk through my workshops and consultancy programmes, and while they’re a diverse bunch they all have one thing in common: an overwhelming desire to do HR differently.

They understand that the macro business environment is experiencing tumultuous change and that they therefore need to wise up to a different way of working; in some cases their leaders are pushing for this too. But to their frustration, their attempts at making this transition a reality are largely unsuccessful.

I’ve certainly had my fair share of failures when I’ve tried to improve the way HR goes about things. When I was at Serco each division was focused on its own sector: defence, rail, prisons, and so on. I could see there was growth potential in helping teams work together rather than separately in siloes, and I wanted to encourage this.

My first move was to remove the financial incentive for managers to focus only on their own areas, by instigating a new bonus scheme which combined a reward for individual achievement with the needs of the wider company. This would be the ideal solution (or so I thought).

Unfortunately, the result was a hugely complicated bonus structure in which leaders were financially incentivised according to group, divisional, and personal performance.

Not only was it ungainly but it also had no business impact whatsoever because no-one could understand it, and by the time the bonus amounts were split into the different areas they became irrelevant. All I achieved was a waste of time and effort, and the resentment of leaders and managers who couldn’t understand why I was tinkering with something they thought worked perfectly well already. Zero points to me for that one.

I had another disappointing experience with implementing change when I tried to simplify the pay and grading structure at the BBC. My aim was to reduce and harmonise the 5,000 job titles across the organisation to make it easier for people to contemplate shifting from one division to another. This would result in a more dynamic BBC, with a flatter hierarchy.

Together with my team I devised what I thought was a beautiful and transformative plan. We slaved for nine months crafting a revised grading structure that was reduced from 17 levels to six, cutting the number of job titles (eliminating ‘senior’ and ‘executive’, for instance), and slotting them into neat, new pay bands. We could have saved ourselves the trouble — it bombed. Why? Because I’d completely overlooked two vital elements that were important to people.

The first was that employees liked their tribal language, and didn’t want to relinquish it for what they saw as HR expediency. The second was that in an era of cost cutting and low pay increases, the puffing-up of a job title with the addition of ‘senior’ served as a reward in its own right.

I’d also missed the whole point of the exercise: the reason people didn’t readily move across divisions was little to do with a lack of understanding about job roles, and more to do with the fact that it wasn’t culturally acceptable to ‘jump ship’ from, say, television to radio. It was seen as disloyal. And our response to that? To snatch away people’s hard-won job status, and in the process alienate them from HR even further.

This was brought home to me when I presented my simplified structure to a wall of ill-disguised apathy at the World Service senior team: “I’m not sure this does anything except achieve HR neatness,” I was told. They were right.

You’ll be gathering by now that to make change more successful in HR, we need to radically redesign how to make change happen. Be warned though, we in HR can only make a lasting difference if we’re willing to take a fresh look at how we work too.

HR can borrow and steal from other disciplines for our own purposes. Let’s consider marketing first. Marketing know-how is useful for HR, because people in that discipline understand, often far better than we do, how to influence human attitudes and behaviour. However, we’ve not traditionally seen this area as our natural ally in business. Instead that’s been finance, from which we’ve traditionally taken our lead in terms of insight and data analysis, operational compliance and efficiency. This has led us to view people as assets rather than as living, breathing individuals.

Product design is another area we can learn from. In HR we tend to see ourselves as providing a service, priding ourselves on creating consistent, cost-effective, scalable, and easy-to-monitor processes that can be applied across the whole organisation.

This sounds good, but it isn’t. To put it another way, we create and tinker with processes that support our service rather than asking ourselves if the process is actually needed in the first place. In contrast, product designers base everything on their end users and this has produced an increasingly agile discipline which isn’t hindered by the same rigid procedures as we have in HR. If you think about it, can you honestly say there’s much at all about HR that has changed in recent years?

We also have a huge amount to learn from psychologists and behavioural economists. It amazes me how shy we are about calling ourselves the human experts, and again this comes down to our age-old desire to emulate finance.

In a world in which CEOs and shareholders are looking for certainty, we’ve tried to boost our status by proving our financial benefit to our organisations. This means instead of becoming experts in the messy, intangible world of human behaviour, we’ve become specialists in process design and project implementation. I can certainly understand why, because it comes from a desire to help people work more effectively, but it’s not the way to create effective change.

If there’s one thing I’ve learned in my journey through disrupting HR in various organisations, it’s that it doesn’t have to be as big and scary as you think. In fact it’s better if it’s not, because when you as an HR professional feel confident about change, everyone else will too. It really is down to you to lead the way.