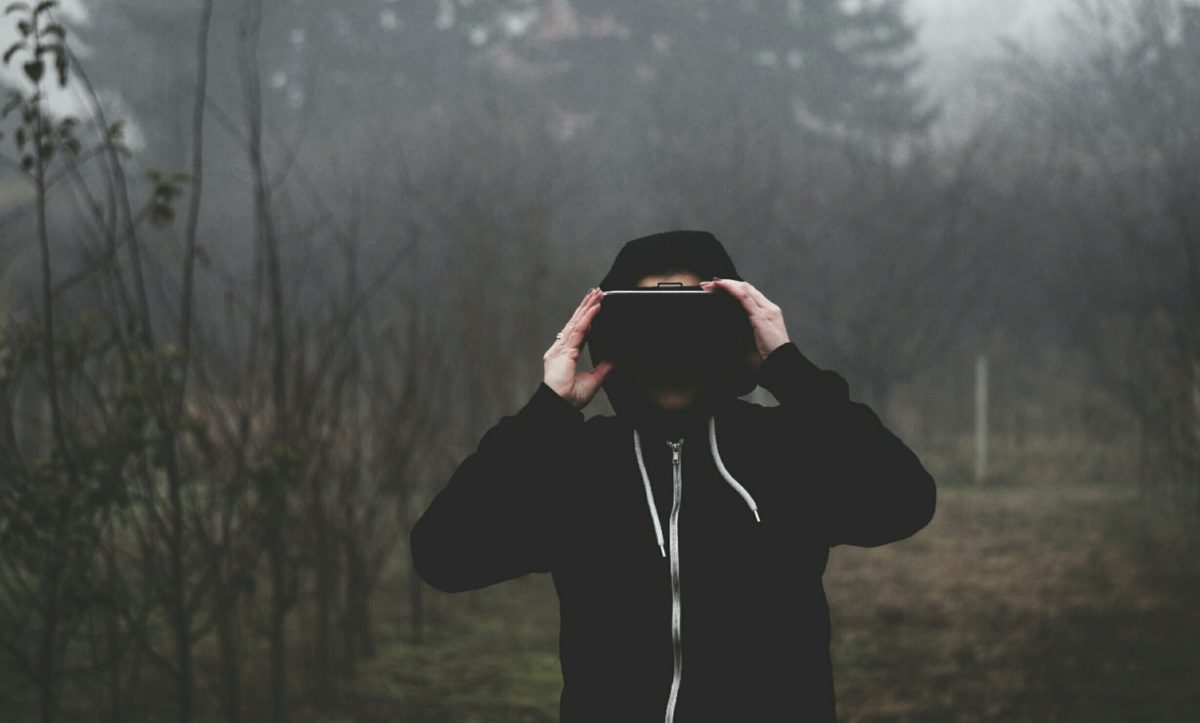 As the global health crisis begins to recede in some countries, the economic one is only just beginning. As of May 27, 2020, the International Labour Organization (ILO) estimated that 94% of the global workforce lives in countries with active workplace closure measures. Businesses across a range of sectors are facing catastrophic losses, resulting in millions of workers vulnerable to layoffs.

Meanwhile, the past few months have also seen a rapid acceleration of three major forces: deglobalization, digitization, and corporate consolidation. With consumer habits shifting rapidly to online consumption, businesses have had to respond quickly with “digital transformation” plans in months instead of years. In line, one popular Internet meme singled out Covid-19 as the member of the C-suite responsible for digital transformation, as opposed to the chief digital or chief executive officer.

This is a unique scenario — millions unemployed on the one hand, and rapidly evolving and growing skills needs on the other. There is an opportunity for the former to solve the latter’s problem. With it, comes an urgency for companies, governments, and workers’ organizations to join forces and offer the global workforce clear reskilling pathways.

Most major organizations recognized the need to reskill employees long before the pandemic. In 2019, the ILO Global Commission on the Future of Work stated, “Today’s skills will not match the jobs of tomorrow, and newly acquired skills may quickly become obsolete.” The commission strongly recommended that governments, employers, and workers invest in education and training. The ILO has since adopted the Centenary Declaration for the Future of Work, calling upon its member states to establish lifelong learning systems as a joint responsibility of governments, and employers’ and workers’ organizations.

Today, we believe this need is no longer just a recommendation, but a necessary step to economic recovery. The good news is that some investments in reskilling are already in the works. In the last year, many of the world’s largest employers have made pledges to help their workforces build new skills. Amazon announced a $700 million fund to reskill 100,000 workers. Orange, the French telecoms giant, announced an investment of €1.5 billion for a similar initiative. And PwC, the global professional services firm, tops those with an investment pledge of $3 billion.

As initiatives like these become increasingly common, human resources leaders, governments, and educators must work together to design a shared toolkit with clear definitions for the pressing parameters of reskilling. The answers to these three questions are critical if such investments are to reach those who need them most:

1) What Does Reskilling Really Mean?
In the last few years, a number of respected organizations have aimed to better understand what reskilling really means in terms of content, format, and financial investment.

Content. To begin, let’s call out what’s unique about reskilling: “It’s not just about a medium of learning but rather about learning in service of an outcome, which is usually the successful transition into a new job or the ability to successfully take on new tasks,” according to Glenda Quintini, a senior economist at OECD, who recently wrote a paper on the topic. As such, reskilling refers not only to learning job-specific technical skills but also to acquiring core competencies such as adaptability, communication, collaboration, and creativity.

Format. Quintini and her colleagues define three formats in which reskilling can take place:

Choosing the format that’s right for any one employee, employer, or government depends on the desired outcome and situation. For example, in the current economic crisis, speed, accessibility, and a clear pathway to employment are the most pressing factors for many workers, meaning that short informal learning experiences will likely be the most effective. However, in a recovered economy, one may value deep expertise and the prestige of a degree, in which case a formal learning experience would be best.

Financial Investment. Last year, a paper from the World Economic Forum and Boston Consulting Group found that the cost of reskilling is approximately $24,800 per person in the United States. When set against a larger context of the cost of hiring, severance, and onboarding, research by Josh Bersin, a leading expert in the human resources field, that was commissioned by General Assembly and Whiteboard Advisors, found “it can cost as much as six times more to hire from the outside than to build from within.” While this calculation varies significantly based on the occupation and job function, it presents a strong case for employers and governments to consider reskilling costs from a holistic perspective.

This is an investment that should be jointly borne by employees, employers, and governments, as each entity benefits from the return. However, the current breakdown is uneven, at a time when the need for such investment is greatest. Employees have demonstrated their willingness and interest; online courses have reported a massive surge of demand since the pandemic. On the employer side, while some companies are leading the way, Deloitte reports that only 17% of companies have made “meaningful investments” in reskilling initiatives. Particularly as we respond to the long-term effects of the pandemic, more must be done to coordinate and increase these investments.

2. How Long Does Reskilling Take?
The well-popularized (and criticized) answer to this question is from psychologist K. Anders Ericsson, who states that it takes 10,000 hours of deliberate practice to achieve expertise. Dan Coyle, author of The Talent Code, alternatively, talks about the value of a conscious, long-term time commitment. Those who make one need significantly less practice to learn a new skill than those who don’t.

We believe that the answer may vary from person to person. But it is safe to say that those who wish to successfully reskill should be ready to commit significant time to the endeavor. As just one example, we can look at General Assembly’s “Immersives,” full-time courses that are designed to help participants gain skills to get jobs in technology, data, and other digital roles. While most participants have a university education, they typically have little to no prior experience in the field they’re hoping to enter. These courses typically take 480 hours of live instruction, either online or in a physical classroom, and are often delivered over an intense 12-week period.

General Assembly has found that this is enough time for students to complete and receive feedback on multiple projects that simulate what it’s really like to have the job for which they’re preparing. It’s also a long enough time for them to form strong bonds with their classmates — bonds that serve as a support system and continued source of learning as they get started in their careers. Between 2018 and 2019, about 90% of graduates from this program secured a job within six months of graduating, suggesting that 480 hours is a good benchmark for building new skills.

As another benchmark, consider the six-month bootcamp run by Laboratoria, a nonprofit located in Latin America. They teach web development, user experience design, and other in-demand technology skills to women. The organization claims to place 80% of their graduates in new roles that generate a threefold increase in their income, on average.

3. How Can We Make Reskilling a Reality for All?
Given what we know about reskilling, its various formats, costs, and how long it can take, we believe there are three concrete policies governments and labor organizations can deploy to make it available to all.

Create and empower tripartite sector skills councils (SSCs). SSCs are non-profit organizations focused on helping a single industry sector define and close its skills gaps. These groups typically collaborate with relevant government bodies to provide representatives from employers’ and workers’ organizations with critical information about newly critical skills. For example, in the technology sector, Tech Partnership Degrees in the United Kingdom is an SSC that brings employers and universities together to “improve the flow of talent into the digital workforce.” Similar groups are in Denmark, the Netherlands, South Africa, Singapore, and Argentina.

Support small businesses. Small to medium enterprises (SMEs) often need more financial and technical resources to reskill their employees. Support from the public sector is vital. In Austria, for example, groups of SMEs are able to apply for funding through the Impulse Qualification Network , a national grant for companies funded by the Federal State and managed by the Austrian Public Employment Service. The grant is meant to help SMEs identify skills needs throughout their organizations, as well as design coordinated training plans.

Make reskilling more accessible to individual employees. All employees should have access to some kind of career development support, funded through a mix of personal contributions, employer investment, and state sponsorship. Some countries are already leading the way. In France, “personal learning accounts,” managed by the Caisse des Dépôts et Consignation and implemented by employment services and social partner organizations at regional level, allow workers, both employed and unemployed, to receive up to €500 per year with a lifetime ceiling of €5,000 euros for reskilling. The program is co-funded by employers, employees, and the state.

Further, in response to the economic crisis, French employers who furlough their employees as part of the Ministry of Labor’s “partial activity” program are able to claim back up to €1,500 (and more in some cases) per employee for funds that are used for training purposes while the person is not working. The idea is to use the period of forced downtime as a way to sharpen and improve skills, thereby contributing to a more robust economic recovery.

Singapore is another country that has long led the way in government-funded pathways for reskilling. “Skills Future Credit” (funded by a mixture of government funds), as well as “Skills Development Levy” and “Skillsfuture Jubilee Fund” (financed through donations from employers and unions) allow all Singaporeans of 25 years of age and older to receive the equivalent of $370 per annum in their personal learning accounts for reskilling. The credit does not expire and individuals can accumulate credits as the government provides periodic top-ups.

In addition, a program offered through Infocomm Media Development Authority (IMDA), a statutory board of the Singapore government, helps mid-career Singaporeans with funds and connections to training providers to reskill and find new jobs in the tech sector. Take the story of Arif Rahman, a hairdresser who became a software engineer by completing a course funded partly through IMDA. As quoted in his profile, Rahman says, “If I go to a [traditional university], I have to study for three years before I can start work.” Rahman felt as though he didn’t have that kind of time and was able to benefit from a shorter, more intensive course which led to him successfully landing a job at a startup.

Meanwhile, in Louisville, Kentucky, a coalition of partners including the mayor’s office, Microsoft, the health insurance company Humana, and General Assembly have come together to launch a “30-Day Upskilling Challenge,”offering free courses in areas such as data analytics, software engineering, digital marketing, and more, with a pathway for employment at local companies.

Sustained coordinated ideas and initiatives like these will help us avoid the worst of the growing economic crisis and ensure a more resilient and stable world of work.