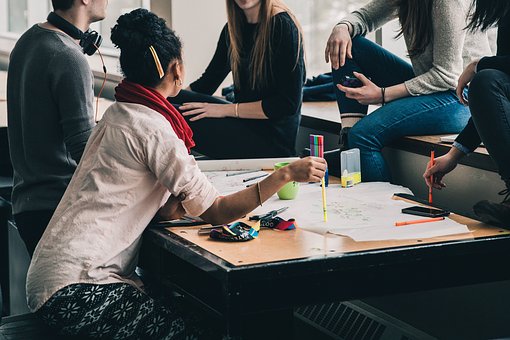 We already have our seat at the table. We’ve forged an unbreakable chain between employee, service, and profit. We ditched analysis for analytics and correlational for predictive. Our soft got harder and our fluffy more edgy. Less pie in the sky, more ROI.

So why hasn’t all this been enough?

A good starting point is to work out what people mean when they call us soft and fluffy. What do you think it actually means? Ever given it much thought? Me neither, before now. It seems that calling HR soft and fluffy is, paradoxically, a pretty soft and fluffy thing to do. It’s a vague accusation that has multiple and distinct meanings.

Soft and fluffy is deployed to suggest that HR is not sufficiently business-focused – yet I’ve heard exactly the same criticism levelled at almost every function and at every level. So it can’t mostly still be about that. An obvious way of dealing with this is always to start with specific and real business problems or opportunities rather than with practices or techniques. By focusing too much on our practices and techniques all people can see of HR is what it does rather than why it does it.

Soft and fluffy is also used to describe HR people rather than the function as a whole. You know the stereotype: we’re more concerned with being liked than the success of the business. If anyone in any role in any function is focused more on being liked than getting stuff done then this will be counter-productive. At the same time being nasty doesn’t mean you’re helping the business. This particular image problem for HR, if that’s what it is, is part of a broader view of business success as necessarily requiring macho, ass-kicking, take-no-prisoners ruthlessness.

A third meaning of soft and fluffy is to refer to the human stuff we deal with in HR. This is a challenge I’m not sure historically we’ve dealt with too well. I’ve never understood why people think that human thoughts, feelings and behaviours are so intangible and mysterious they cannot be understood, so there’s almost no point in even trying. This leads to the even stranger idea that data comes in two varieties: hard and soft. Anything to do with people is soft even if measured in a reliable and valid way. Anything to do with numbers is hard even if measured in the dodgiest way imaginable.

HR data (with the possible exception of things like absence) is typically regarded as intrinsically soft and hence not to be taken seriously. Whereas other data, such as that used in finance, is regarded as hard and hence meaningful. I think we are partly to blame for perpetuating the idea that what we deal with is soft, because we are nowhere close to being sufficiently concerned with the reliability of the data we collect and the measures we use. This is something we could do much better.

The last meaning is somewhat related to the third. We hit candy-floss levels of soft and fluffy whenever it appears that we don’t know what we’re talking about. I don’t think other organisational functions are as relaxed as HR about what things are called and what they mean. When push comes to shove, and it often does, we get frustrated if people try to pin us down and ask what the terms we throw about actually mean. And because we don’t really know we say it doesn’t matter, and anyway we all know what it means. Right?

The single most important move we can make to rebuff the fluff once and for all is to take seriously the meanings and definitions of the terms we use as a profession. So remember that even if it’s getting you out of a hole right now, it’s likely harming the longer-term reputation of HR. If we go around telling people that it really doesn’t matter what we call the things we do, this sounds awfully close to saying the things we actually do don’t matter either.