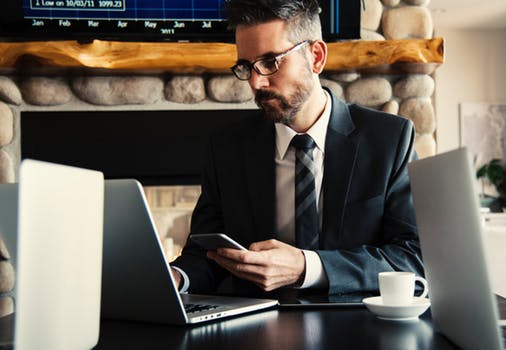 GRAND RAPIDS — Hourly workers at Micron Manufacturing Co. are making an average of 7 percent more in wages than they were a year ago.

For the Grand Rapids-based precision machining supplier, giving its 38 employees a bump in wages combats what many manufacturing executives in West Michigan perceive as a growing concern. Namely, if they don’t show appreciation for their employees, some other company will.

“Any one of my machinists could go to a competitor and get a job. That’s the reality, and we know it,” said Micron Plant Manager Dan Vermeesch.

A new study from The Employers’ Association shows that Micron follows a statewide trend of companies investing more in the wages of their workers.

The 2017-2018 Wage & Salary Survey reveals that responding employers — a group not limited to manufacturers — increased wages by an average of 3 percent across the board compared to 2016. In particular, the Grand Rapids-based human resources organization determined that the manufacturing sector plans to increase wages for process engineers, production helpers and tool and die makers.

Companies are raising wages at a time when the state minimum hourly wage also is set to increase next year to $9.25 an hour, up 35 cents, according to the Michigan Department of Licensing and Regulatory Affairs.

Regardless of the minimum wage increase, manufacturers like Micron across Michigan are budgeting for moderate pay raises again in 2018.

“At this company, we don’t have supervisors, so the employees are expected to manage themselves,” Vermeesch said.

Vermeesch said employees at Micron work either first- or second-shift schedules. Because of the tight labor market, the company often struggles to attract people to work second shift.

One of the company’s two hourly pay bumps came five months ahead of schedule, in part because the company didn’t want to lose talent, said Micron President Mike Preston.

“We pay livable wages, and we don’t prey on the people on the lower end of that spectrum,” said Todd Carmichael, CEO and co-founder of La Colombe. “Everyone at the plant gets paid a fair living wage, and that’s $15 and above and full health insurance. This is a real key component to how we think the world should be.

“I think a lot of people who are at La Colombe understand that we approach the workforce not as paying what we can get away with, but paying what is true and fair.”

To ensure their continued success, many area manufacturers must focus on keeping their talent happy “or they will go somewhere else,” said Chuck Hadden, president of the Lansing-based Michigan Manufacturers Association.

“A 3 percent (increase) is quite a bit for senior talent. It is a very competitive nature, and it is an employee’s market,” Hadden said.

The reasoning behind the pay increases stems from the growing market in West Michigan, said Maggie McPhee, director of information services at The Employers’ Association.

“Since Michigan is one of the largest manufacturing states in the union, I think that’s a good thing,” McPhee told MiBiz.

“There just aren’t enough people to fill the openings that are out there right now, specifically in skilled trades and some of the more learned positions,” she said. “Their biggest drawback is they need more employees in order to get the product out faster.”

However, McPhee said increasing the pay rates for entry-level positions does have consequences.

“On the entry-level side, it’s ‘Let’s increase our entry-level (pay) rate,’ and that has a trickle-up effect,” McPhee said. “It’s not an easy situation, because when you raise your entry-level rates, then you get wage compression from above. Now you are bringing someone in who gets as much money as someone who has been there for a year or two.”

That could lead to a culture rife with resentment, which creates a “domino effect” within the company, McPhee said.

“How do we keep people so they want to stay with our organization?” she said of the question company executives must ask. “It’s tough. It’s not just manufacturing.”