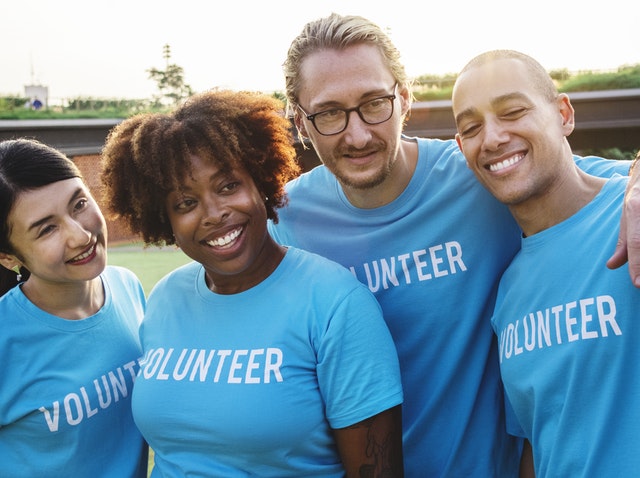 So many people feel there must be a discussion around justifying why diversity efforts are necessary. I don’t have to defend homogeneity, but I do have to defend diversity? Is this not deeply strange and disturbing?

In her 2016 book Which Two Heads Are Better Than One?, Juliet Bourke shares research that shows that organizations with inclusive cultures are more likely to meet or beat financial targets, more likely to be innovative and agile, and more likely to attain superior business results.

I want to lead with the “why” of this subject.

When you have a diverse set of people in a room and included in the corporate process, you grow the ability to have divergent thinking, which begets divergent outcomes. Different perspectives breed broader, better innovation and thus superior outcomes. When applied to hiring, for example, diversity practices don’t limit a given group’s access to opportunity. Rather, they open additional doors to a wider talent base.

The same holds true in C-level offices. Among the many proof points for this, we can look to a 2016 study that found firms with women leaders could expect to be measurably more profitable than those with no women leaders. Even at the entrepreneur and startup levels, Boston Consulting Group and MassChallenge found that, despite receiving over $1 million less in startup funding than men, “businesses founded by women ultimately deliver higher revenue — more than twice as much per dollar invested.”

So, if we can move past the “why is this necessary?” discussion, let’s progress to two essential diversity strategies that modern companies should adopt and four supporting tactics for implementing these inclusive strategies in the workplace.

Tactic: At Symantec, we now use targeted software to augment our hiring language. We learned from our provider that many major tech companies reflect their culture in their job listings, and that the language used impacts application numbers from men and women. Gender-neutralized job descriptions work to remove bias in the hiring funnel, particularly at its beginning. Clearly, it takes many years for this practice to impact the entire workforce, but even slow, gradual improvement over time will ultimately yield compounding benefits.

Tactic: Be willing to invest in “reasonably good.” No applicant is ever 100% perfect for a position, but until such time as hiring processes can be completely blind to race, gender and similar factors, the fact remains that corporate hiring biases will favor certain groups over others. Promoting diversity may mean hiring someone with only 70% or 80% of a position’s requisites, because today’s tech applicant pool still tends to be underrepresented by women and other groups. Often, the reason is purely illusory. Research shows that women and men perform at parity on competency and achievement tests, yet women tend to hesitate and fall prey to lower confidence when met with questions about skills and mastery. If employers recruit talent with an eye toward developing them vs. looking for 100% perfect, and are willing to help elevate a diverse employee base to its potential, the result will be a staff filled with more varied experiences, interests and educations.

Strategy: Promote a unified stance on inclusivity across the organization.

Tactic: Think of your inclusivity stance as a corporate brand. It’s something you promote both internally and externally using the same language and even the same visual assets. The reinforcement on both fronts increases understanding, promotes unity of intention and removes any hypocritical discrepancies that might convey, “We act one way here but a different way over there.”

Tactic: Train inclusivity at all levels. We have several leader success modules, a companywide talent development methodology and an array of programs, modules, webinars and in-person training that goes well beyond unconscious bias training. You have to get people to the table so you can even start to have inclusivity awareness and discussion. Yes, you can mandate participation, but at least offer it in a variety of formats and styles so that people can begin that process in a way they find most welcoming.

Now, for a bit of fun, and to revisit why this diversity discussion is needed in the first place, I’ll offer a bonus tactic. When you’re in a minority group, the dominant group tends to make certain assumptions. As a woman, I’ve observed innumerable times that surprise dawns across a group when they realize I’m a senior decision maker or a key voice in the room. It throws some people off. Learn to navigate those conversations and take advantage of that sudden imbalance, especially when negotiating contracts or deals. You might use that perception shift to your advantage. I hope that someday this is no longer possible, because it will mean that biases will have finally vanished from such meetings.

Not surprisingly, inclusivity is ultimately about mindset, and that’s something that doesn’t just occur within the company’s walls. We show up with that mindset already in place. We take it into our communities and into our homes, and we carry that mindset into our every conversation — including with our children. We can talk all day about the benefits of diversity and inclusivity on the corporate bottom line, but I believe these pale beside the benefits of spreading that change within the family. I hope the day comes that a generation can grow up filled with highly confident and capable young women alongside young men who understand that exclusion is a liability and that they have so much more to gain by embracing the wondrous diversity all around them.