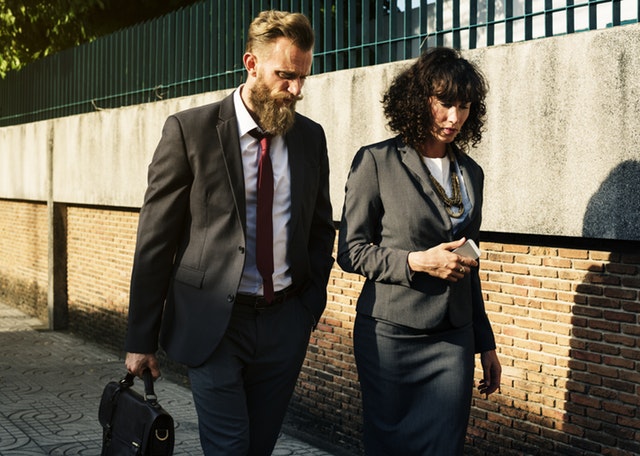 You’re probably thinking that geopolitical risks, trade worries, and cyber attacks are top of mind for America’s finance chiefs. Well, these issues rank up there as major external risks. But the number one internal risk is talent.

For the past several years, CFOs have regularly rankled at their difficulties recruiting and retaining skilled people in finance, selecting the subject as their primary or secondary concern. As the most recent second-quarter survey from Deloitte states: “When it comes to internal risks, talent concerns again top CFOs’ list. With CFOs cited growing struggles to execute on initiatives supporting their growth strategies, their focus on talent acquisition, quality, and retention further intensified.”

In other words, talent recruitment and retention is an even bigger problem than it was in years past. This is not completely surprising. The labor market for skilled accountants is tightening, with the Bureau of Labor Statistics predicting that the demand for accountants will rise 10% through 2026, faster than the average growth rate for all occupations. With the supply of quality accountants shrinking, CFOs aren’t going to allay their concerns about talent any time soon.

This got me thinking deeply about how finance organizations can improve their odds in recruiting and retaining A-level finance and accounting talent. Higher salaries and plenty of perks are one way, but if the actual work itself is dreary and monotonous, workers won’t stay very long. Millennials have been crystal clear that if their work isn’t engaging and meaningful, they’ll nose around for other opportunities pretty quickly.

So, the solution would seem to reside in the actual work itself. If this work involves boring manual tasks that are repetitive by nature, the best finance and accounting professionals won’t find their new position appealing — irrespective of the salary and package of benefits. On the other hand, if the work engages their intellects and is meaningfully productive, then they’re more likely to wake up in the morning eager to come to the office.

Let’s assume, however, that for the moment an open position in finance is filled. If the organization relies on manual processes to close the books and handle other responsibilities, retaining this talent is unlikely. If the new hire’s predecessor relied on tribal knowledge to perform tasks, there isn’t going to be much in the way of detailed documentation on policies and procedures easing the successor’s progress. Rather, he or she typically will be handed a pile of binders and checklists, each more difficult to decipher than the previous one. How’s that for an orientation!

In the above scenario, the employee isn’t the only one in desperate straits. When processes aren’t standardized, the company is exposed to heightened risk. With spreadsheets, it’s nearly impossible to be sure everyone is executing effectively or in accordance with policy. As we all know, Excel is a “blank slate,” and therefore a challenging tool with which to enforce controls and best practices.

A case in point is version control. Say a late entry changes the general ledger. Although the trial balance is automatically updated, there’s no guarantee that this balance change made it to the spreadsheet-based reconciliation for substantiation. In the snap of a finger, the organization has an incomplete reconciliation and probably a control deficiency, too.

Since the supporting documentation is stored in disconnected folders or shared drives, an outdated version of a critical document may be sent to the auditors, causing unnecessary confusion or different versions of the truth.

Without automated integration between critical processes and the general ledger, such errors are common. Guess whose job it is to ferret out which version is the truth? The new hire, of course, assuming the beleaguered person hasn’t already moved on to greener pastures.

You Can Get It
The alternate reality is this: A finance organization that has invested in advanced automation technology puts itself in an optimal position to recruit and retain top-notch finance and accounting professionals.

For one thing, the tools eliminate most of the monotonous tasks that previously consumed people’s energy and subdued their intellectual curiosity. Moreover, the need for educated professionals to clean up messes produced by version control issues is mitigated, making their work lives less stressful. Better still, the company can finally trust the numbers again.

Automation also can be a key factor in boosting team morale and encouraging greater innovation and collaboration. Instead of harassed accountants pounding their heads over multiple versions of the same spreadsheet, they now have instant visibility into real-time data to enlighten and support more informed decisions by the CFO.

Here’s another reason why this is a much better reality: in this era of heightened transparency about people’s work experiences, bad news travels fast. But so does good news. Once the message spreads that a company’s accountants love their work and feel they are making a difference, other skilled professionals will come knocking.

That’s how important automated technology has become to recruitment and retention. It could very well be the biggest weapon in winning the war for talent. And put some other internal risk at the top of the next CFO survey.

Therese Tucker is the founder and CEO of BlackLine, a publicly traded provider of finance and accounting automation solutions.