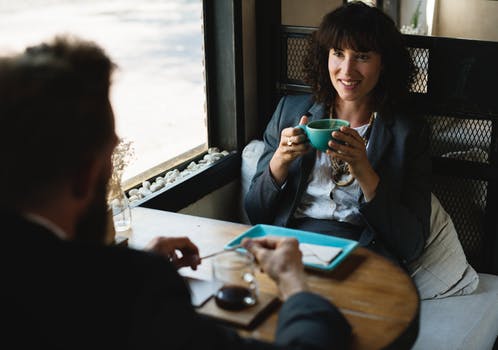 HR verticals have always been an implicit safeguard for compliance & risk management, regarding people processes. And as the US business landscape awakens to a fresh set of regulatory needs, official bodies are inking new laws to protect the evolving workforce.

Tomorrow’s businesses will depend on a workforce that’s more diverse, more informed than ever before. That’s why success hinges on expertly maneuvering these emerging HR compliance trends:

The state of Oregon and five local jurisdictions have enacted fair, or ‘predictive’ scheduling which requires employers to give adequate notice before schedule changes. They’d also have to inform new recruits about estimated hours of work ‘in good faith’.

This would especially benefit blue-collar workers or those working in retail, F&B, and healthcare – all labor-intensive industries with dynamic work needs.

3. Get ready to ban the box:
Job applications typically have a box indicating criminal history – however, candidates who’ve been convicted often struggle to get employment and become meaningful members of the society, post-incarceration.
Several states (29 to be exact) have some kind of ban the box law in place, California joining this growing list in January 2018. And the legislation now extends into the private sector as well.

4. Offer compliant paid sick leaves:
A wave of sick leave bills has been sweeping across the nation, and it can prove difficult for employers to navigate federal, state, and even city level compliance.
Across the board, regulatory bodies now require sick leaves to come without pay cuts or penalties. In some cases, permitted hours can also be rolled over. Businesses must adopt smarter compliance structures to reconcile all needs effectively.

5. Avoid arbitration agreements and class-action waivers:
As part of risk management efforts, some companies require new hires to sign arbitration agreements that include class-action waivers. This means, lawsuits would be judged as a standalone scenario and resolved through individual arbitration, outside of courts.
Courts are becoming increasingly critical about the validity of this practice and the issue is currently under consideration by the US Supreme Court. Employers must brace themselves for the overarching impact.

6. Accommodate pregnant & nursing employees:
In 2017, three American states passed legislation designed to protect pregnant workers on the job, while a few others offer benefits at par with the Americans With Disabilities Act.
The state of Washington mandates a range of exceptions, including bathroom breaks, sitting on the job or taking sitting breaks, limiting the amount of weight that an employee is required to lift, and eating and drinking on the job.
This could make it easier for women to enter the workforce and lead to lower attrition rates.

7. Protect Gig Workers:
New York City’s Freelance Isn’t Free Act is the first of its kind – WEF May 2017, the law sets down protocols to regularize freelance work.
With over 57 million workers now part of America’s growing Gig Economy, employers must extend HR models to cover this alternative workforce . Other states and local bodies could use NYC’s legislation as a prototype, requiring employers across the country to comply.

Twenty-one states and several local jurisdictions expressly prohibit employers from discriminatory hiring behaviors based on sexual orientation and gender identity. And these are continually evolving – in 2017, California further refined regulations to expand and clarify protections.
While current federal laws do not speak about LGBTQ workers explicitly, this could change in 2018.
For employers, the implications are clear. From adopting bias-free recruitment processes to promoting inclusivity, tolerance in the workplace will be a recurrent theme this year.

9. Hold anti-harassment training:
2017’s #MeToo movement revealed institutionalized gaps in the country’s employment landscape, and companies are scrambling to right the wrong.
Several official bodies are also joining in, with California passing the Senate Bill 396 in October 2017. Under this, any employer with a 50+ workforce must train employees on anti-harassment policies. Beyond harassment against women, this also encourages sensitivity towards gender identity, gender expression, and sexual orientation.

10. Gear up for ACA penalties:
The Affordable Care Act has a sizable portion of Employer Shared Responsibility Payments (ESRPs) under its ambit, and in 2017 the letter 226J was introduced to finally exact them.
Several US employers had ignored the mandate originally, but starting 2017 the IRS has started rolling out penalties based on 2015 reports. This year, HR departments across the country would have to make reparations for 2016’s transactions.