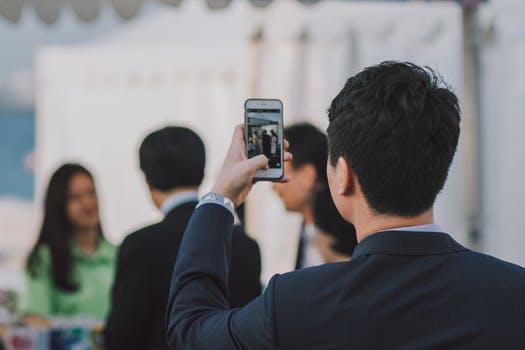 Every year, American workers steel themselves for the dreaded performance review and sometimes sabotage themselves in the process. But it doesn’t have to be this way.

Many U.S. companies conduct annual performance reviews, giving workers and management a once-a-year chance to discuss how everyone might do their jobs a little bit better. As a management tool, this is not great. The truth is, for all its ubiquity in modern business culture, the long gaps between review periods make this a terrible model for professional feedback. Small issues get blown up out of proportion in the days before a review period, while bigger problems can fade.

Employees can stay in the dark about their bad habits for months at a time, which simultaneously hurts their careers and denies their employer valuable continuous feedback.

This is a bad model, made worse by the tendency of some companies to rely on it as a cost-cutting measure. During the 2008 recession law firms on Wall Street flooded the market with newly unemployed lawyers, all let go after their annual performance reviews suddenly turned sour. More recently, after missing sales goals on its Model 3 by nearly 84 percent in October, Tesla fired hundreds of employees for poor reviews despite, those employees argue, sterling reviews up until last fall.

With that hanging over their heads, many workers spend all year anxious about their annual performance review. At best it’s a chance for a pat on the head or maybe a bit of a raise. At worst, it’s when you get your pink slip.

Fortunately, whether you’re a manager or an employee, there are ways to improve this system.

Ask for regular feedback
There are few systems worse for reviewing or developing talent than allowing long gaps in communication.

“An annual review is not effective for modern employees, especially millennials,” said Andee Harris, Chief Engagement Officer at HighGround Performance Management. “You see things like a team, take a basketball team. The coach is always giving constant feedback and telling them what should be done. You don’t wait until the end of the game to give feedback. You allow for course correction.”

Waiting out an annual or quarterly cycle means that someone can spend months repeating the same mistakes without ever realizing it. Bad habits have time to bake in and, possibly even worse, attitudes harden. In the eyes of the company you might appear to lack basic skills, when in reality maybe you just needed a course correction.

But after months of unsatisfactory work, that narrative settles. By the time performance reviews come around and your employer tells you how to improve, it will be too late.

So get on top of that. Solicit feedback often. At the end of each project, touch base with your supervisor for comments and suggestions. Set up a check-in with management as a part of your Friday routine. You might reinforce a completely different narrative in the process, but it’s better than getting blindsided by mistakes you didn’t realize you were making.

Socialize and connect
“If you look at the research, [the review is] really not about the employee,” Harris said. “It’s about the person who’s rating that employee.”

Get to know your boss, Harris said. Find out what they value and how their minds work, and you’ll be able to better predict how your review will go.

“It’s called the idiosyncratic rater effect,” said Harris. “So if I’m rating you on strategic thinking, it’s about how I view strategy and what I think strategic thinking to be. … And performance reviews show that people get the same rating year after year. It’s a fixed mindset. I think you’re a five or a two, and I keep thinking that unless you do something dramatic to change that.”

There are few better ways to take the anxiety out of a meeting than by knowing the people in it. For many workers, performance review season is so nerve-wracking precisely because they don’t necessarily know what’s going to happen. They haven’t been checking in and they don’t know what their boss is thinking. So fix both of those problems.