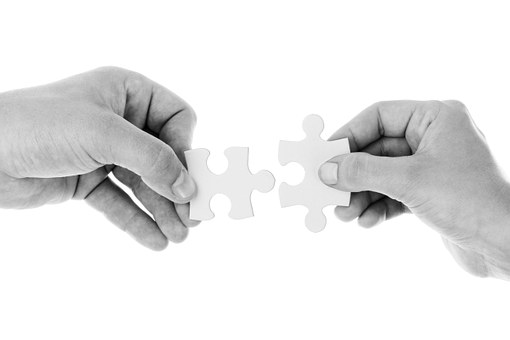 Nike is undergoing an executive shakeup, and Bob Iger is leaving Disney. Expedia is cutting 3,000 jobs, and Makoto Uchida – the New Nissan boss – is slashing pay and driving profound restructuring.

Disney CEO Bob Iger Speaks At The New York Economic Club
NEW YORK, NY – OCTOBER 24: Bob Iger, chairman and chief executive officer of The Walt Disney
Nissan Motor’s new president and CEO Makoto Uchida speaks during an interview with AFP
While these changes might improve these businesses in some ways, they’re likely to be detrimental to the employee experience – because leadership shakeups and redesigns are naturally fraught with stress and uncertainty – increasing disengagement, decreasing productivity, and reducing company culture.

Consider the 64 percent of employees already looking for a new job this year, according to Achievers’ recent Employee Engagement and Retention report, and the 21 percent that believes leadership quality is a significant variable of employee satisfaction. Coupled with $2.9 million per day organizations spend looking for new talent and the 45 percent of employees who feel leadership isn’t committed to improving culture, to remain competitive and profitable there needs to be greater emphasis on leadership’s role in culture building – especially in times of executive departures.

Employee Training And Development: Investing In The Future
When restructures negatively impact an organization’s performance, one of the most common underlying causes is a lack of alignment between the culture of the workforce and the residing core values. In other words, it’s critical to get culture in order or risk disengagement during a leadership transition, which in turn can lead to reduced employee experience and increased employee churn.

Culture is one of the biggest drivers of business performance – it’s a living, breathing entity; it’s not static and therefore needs to be well managed – just as leaders manage any other aspect of their organization.

During times of change, culture can and should be the glue that holds an organization together, rather than a risk factor that results in poor business outcomes. Tending to the health of organizational culture and ensuring that it is adequately aligned, increases the likelihood that an organization will be resilient to change, whenever it occurs.

Natalie Baumgartner, Chief Workforce Scientist at employee engagement company Achievers and Member of the Forbes Human Resources Council, identifies the importance of fostering and promoting a positive and engaging culture, especially during times of massive change.

“Leadership can demonstrate a commitment to organizational culture and climate by reinforcing company values and recognizing those who activate it across the organization,” says Baumgartner. Thus, leaders need first to understand that whether or not they manage it, their organization has a culture. To demonstrate that they’re committed to cultivating an environment that inspires employees to do their best work, leaders must epitomize the values their company is selling to both current and potential talent. So if employees are to feel valued, heard, and understood – in other words, engaged – the business must ensure alignment between their unique company core values and the values of the people that make up their workforce. Employees desire companies that support and believe in the same principles that they do and one that’s invested in recognizing them for their contribution and commitment.

One of the most powerful tools that exist for driving culture alignment is the regular recognition and promotion of culturally aligned behavior. Research demonstrates that establishing a culture that is rooted in recognition increases engagement across an organization because employees know what’s essential to the company and feel appreciated for acting in ways that uphold those core values. What’s more, recognition is a democratic process that’s open to every employee. Companies aren’t required to have formal methods in place. They can encourage everyday recognition behaviors such as stopping by a colleague’s desk to let them know they are valued or sending out a team-wide email recognizing the achievement of a shared goal. The act of recognizing is available to everyone and has an outsized impact on engagement.

“Feeling valued is essential to engagement at work,” says Baumgartner. Achievers recently released a report which found that feeling undervalued is the second-highest factor hindering participation. Consider the astounding statistic that 30 percent of employees feel “undervalued and underappreciated” by their leadership. 82 percent of employees wish they received more recognition with the reality that a lack of gratitude – it’s the third most essential factor employees consider when deciding whether to stay or leave a company – thus it becomes clear that consistently providing culturally aligned recognition is a critical best practice for retaining talent during times of change.

“Change is the new normal in the business arena, and shifts in senior leadership are happening within organizations every single day,” says Baumgartner. Culture alignment is one of the most potent tools organizations can employ to build resilience to withstand the inevitable upheaval that occurs during these transitions. There is no better tool to achieve that alignment than the regular recognition of culturally aligned behavior. Fostering a culture comprising values aligned with both the company and its employees – and then continuously reinforcing those values through thoughtful attention, sets an organization up for robust resilience during times of change.