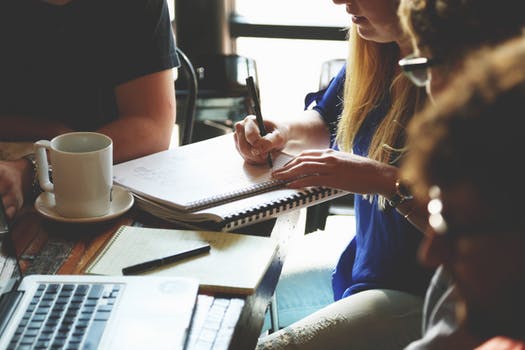 Entrepreneurs have more of what it takes to be great CEOs than leaders who rose through the corporate ranks. But in one key area they display troubling weakness.

So concludes Elena Botelho, reflecting on a recent sweeping study of more than 2,600 top business leaders. Botelho and her colleague, Kim Powell, both executives at leadership advisory firm ghSmart, analyzed data on executives’ career, business results, and behavior. They then combined that information with 13,000 hours of interviews and ghSmart’s two decades of experience advising CEOs and boards. The results are reported in their new book, co-authored with business journalist Tahl Raz, The CEO Next Door: The Four Behaviors That Transform Ordinary People Into World-Class Leaders.

The book points out that many myths surrounding corner-office occupants–for example, they are Ivy League grads laser-focused on business success from an early age–arise from the public’s focus on Fortune 500 CEOs, a skinny slice of the leadership pie. By including CEOs from startups and small-to-midsize companies in their data, the authors trace a more accessible path to leadership.

Botelho and Powell identified four behaviors associated with CEO success. Entrepreneurs have “inimitable advantages” in three of those behaviors, Botelho says–and “dangerous gaps in one.”

Much of that advantage is structural. In smaller companies, the distance between the leader and the customer, competitor, or workforce tends to be small. “They are close to the action so they can move quicker,” Botelho says. There is also a survival component. For startups, a single missed opportunity can spell doom.

Then there is the matter of practice. “The number of decisions an entrepreneur makes in a given month,” Botelho says, “is probably higher than most corporate executives make in their careers until they become CEOs.”

Finally, entrepreneurial CEOs understand every part of their businesses, having built them from the ground up. That gives them the innate knowledge and confidence to go with their guts. “Entrepreneurs often develop a very strong set of instincts,” Botelho says. But “if the puck moves in a different direction,” she cautions, those instincts may steer you wrong.

2. Adaptability.
CEOs who fail to adapt to new markets or technologies aren’t bad at seeing the future; rather, they have trouble letting go of the past. They and their workforces have invested their careers in “the business where it used to be and not the business where it needs to go,” says Botelho. Entrepreneurs, by contrast, don’t drag around someone else’s legacy. Even before “pivot” entered the argot, they understood that plans are always conditional.

As with decision making, adaptability benefits from CEOs’ proximity to constituents. “The best founders never lose touch with what it felt like to walk in the shoes of their customers,” says Botelho. “That is really hard to replicate for a big corporate CEO.”

One trait working against entrepreneurs’ adaptability is loyalty to those who built the business with them. Botelho says founders should dispassionately rethink their teams every year to ensure their current capabilities match their future needs–even if that means letting go or demoting people with whom they’ve been through years of trials and tribulations. The right people are critical: Botelho and Powell found that CEOs are twice as likely to be fired for problems leading back to their teams as for their own incompetence.

3. Engagement for impact.
CEOs succeed by getting everyone around them–investors, customers, employees–to help move the business forward. Here, too, entrepreneurs have an advantage: passion. “In leadership development programs, they talk about how do you create a sense of purpose to engage your workforce,” Botelho says. Entrepreneurs are so engaged with the problem they’re trying to solve that their enthusiasm is contagious.

Entrepreneurs’ sometimes challenging life experiences may also give them an edge. There are fewer Ivy League MBAs with gilded resumes among founder-CEOs than among those who came up through the corporate ranks. Lacking deep pockets and wide connections, entrepreneurs have had to come up with other means to enlist people behind their cause. Despite a lack of pedigree, the successful ones in the study managed to win the war for talent. “These guys were able to get the best engineers from day one,” Botelho says.

4. Reliability.
Consistently doing what you promise is the most important trait of a successful leader. Botelho and Powell found that CEOs who are highly reliable were 15 times more likely than their less reliable counterparts to deliver strong results for shareholders. Unfortunately, many entrepreneurs lack the time and patience to oversee processes that make the trains run on time. They also tend to overpromise to get those first few accounts through the door. And anyway, how do they know what they can deliver if they haven’t tried it yet?

Botelho says entrepreneurs can make up for much of this deficiency if they have a “reliability mindset”: the determination to fulfill their promises no matter what. “Being reliable for others is what keeps entrepreneurs going when times are tough,” Botelho says. “They must identify as a person who can be counted on.”