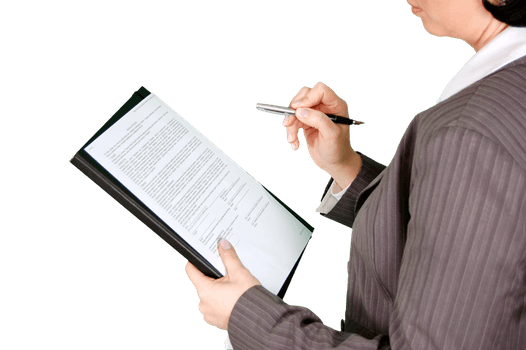 Compared with some other activities of business leaders, such as hiring the right talent and setting strategy, changing corporate culture can be especially challenging. Culture is amorphous; there are no direct levers for shifting it in one direction or another. Indications are that CEOs are putting a higher priority on this aspect of leadership than in the past. According to a study by the research and advisory firm Gartner, CEOs mentioned culture 7% more often during earnings conference calls in 2016 than in 2010. In surveys both CEOs and CHROs say that “managing and improving the culture” is the top priority for talent management. But the data suggests that there’s lots of room for improvement: Each year companies spend $2,200 per employee, on average, on efforts to improve the culture (much of the money goes to consultants, surveys, and workshops)—but only 30% of CHROs report a good return on that investment.

When trying to spearhead culture change, many leaders use the wrong tools. Having surveyed more than 7,500 employees and nearly 200 HR leaders at global companies and conducted in-depth interviews with 100 HR leaders, Gartner has written a report identifying the most- (and the least-) effective ways leaders try to transform culture. To increase their odds of success, the report advises, they should avoid three mistakes.

Don’t use simple adjectives to describe culture.
Because culture feels “squishy” and hard to describe, leaders tend to resort to a generic, overused set of adjectives: Cultures are said to be high-performing, collaborative, innovative, customer-focused, entrepreneurial, results-oriented, transparent, or trusting. Gartner studied how companies using these various buzzwords compared with one another on progress toward revenue goals and found no significant differences—meaning that none of the labels creates an advantage. One reason: Often the chosen buzzword is at odds with how the company actually operates. That causes what Bryan Kurey, Gartner’s managing vice president for HR research, calls a say/do gap: Employees see leaders’ cultural aspirations as hypocritical.

Instead of using a single adjective to describe the culture you aspire to, illustrate it by acknowledging an important tension. “The tension is about the intersection of the ideal and present realities and how those play out day to day,” Kurey says. Talk about wanting to create a “culture of innovation” might sound fanciful and out of touch if the business currently devotes 80% of its resources and personnel to existing product lines. The CEO should instead speak to the tension: “We support a culture of innovation while continuing to seek growth and profits from legacy businesses.”

Other tensions evident in most businesses include the need to achieve both short- and long-term goals and an emphasis on results and accountability while also caring about employees’ well-being and work/life balance. Explicitly recognizing such tensions avoids the disillusionment that can result when employees see leaders espouse one set of behaviors but live by another.

Don’t measure culture with data alone.
Because culture feels intangible, many companies depend on employee surveys when trying to quantify what frontline people think about it. Often the surveys overrely on measures of employee engagement. Firms also commonly look at turnover rates as an indication of culture and morale. But those numbers can provide false comfort. “The feedback gets sanitized at the leadership level, even if you’re not trying to do that,” Kurey says. “Data gets aggregated and averaged and becomes a little generic.” Gartner suggests that companies include open-response questions in their surveys and ensure that leaders see some of the raw feedback. Smart leaders also go beyond periodic surveys, providing an atmosphere of safety that allows employees to speak up at any time without fear of reprisal.

Such unfiltered feedback is especially useful given that many employees feel disconnected from leaders’ cultural aspirations. Gartner’s research shows that on average, 69% of employees don’t believe in the cultural goals set by their leaders, 87% don’t understand them, and 90% don’t behave in ways that align with them. By closing these gaps, Gartner says, companies are 9% more likely to meet or exceed their annual revenue goals. And having a qualitative sense of how employees are feeling can help them do so. “CEOs must not only encourage the unvarnished truth, but also create an environment that demands it,” the researchers write.

Don’t forget to alter policies to support cultural change.
It’s all well and good to talk about a company’s collaborative culture. But if that company uses a forced-curve performance management system—in which a certain percentage of employees must receive low marks—it has created an environment in which workers must compete against one another for high marks, undercutting collaboration. Similarly, companies might declare themselves to be customer-centric but clamp down on the expense account spending necessary to let sales reps travel to meet customers face-to-face. “This is the area where leaders are least consistent—putting the operating model behind the culture,” Kurey says.

“It’s Not a Win-Lose Situation”