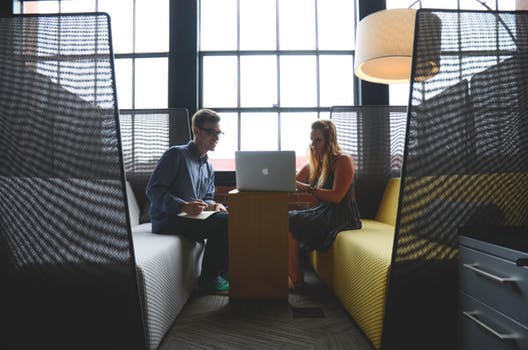 Welcome to The Salary Chronicles, where we’re bringing transparency to negotiation and salaries, one story at a time. We ask women to share their experiences negotiating their salary and what their advice is for others doing the same. We share these stories anonymously so they feel comfortable speaking as openly and as freely as possible.

This week we’re speaking with a woman who proudly and successfully negotiated a $20k raise, but missed one important detail that she hopes others can learn from.

What was the situation when you decided to negotiate?

I was in my first job out of college and had been with the company for six months. I’d just received a raise of 10% and was elated. I felt valued, I really enjoyed the work, and I liked my team.

Shortly after my six-month mark, things changed. Bonuses were distributed and a lot of my team members ended up leaving. The VP of my group and 6 out of my 8 team members left. Almost overnight, the dynamic changed. There was still the same amount of work to do but there were only two of us remaining on the team. The hours became really long and the pressure to do more quickly increased. I was a Jr. Engineer but I was soon taking on the work of a Sr. Engineer.

I debated looking for another job but as this was my first job out of school and I hadn’t been there for a year, it felt too soon to leave.

One day my manager met with me and the Sr. Engineer to tell us that there was pressure from a client to demo a product by the next day. I had been working on this product for a month and was only two-thirds of the way done. Now I needed to finish the remainder of the work in one day.

I was upset but I didn’t think I had a choice in the matter. I decided I’d stay as long as needed to get the work done. As dinnertime came around, my team member informed me he was going to get drinks with a friend but would be back at 11pm to help finish up the project.

I continued working and around midnight he came online. We chatted for a few minutes and then he told me to go home. He said that since I was new, I hadn’t yet learned that deadlines didn’t mean anything.

I had too much pride in my work to leave, but I said semi-jokingly that after this project was done I was going to ask for a raise. The conversation shifted and he asked me how much I was making. I wasn’t sure if I should tell him or not, but I told him anyway. His immediate response was: “No way. You should be making at least 40% more!”

I was confused as to where he got 40% from, but I tried to put it out of my mind and get back to work. I ended up staying at work all night and was ready for the demo in the morning. At this point, I hadn’t slept and when the client didn’t show up, I was beyond frustrated. Not only had I spent the entire night working on something that I didn’t need to, but I couldn’t get it out of my mind that my coworker told me that I should be making 40% more. Was I really that underpaid? If I was, how could my manager look at the work I was doing and what I was making and think that it was remotely fair?

After the demo was canceled I went home and didn’t work the rest of the day. I decided to spend the weekend preparing for what I was going to do and say when I went to work on Monday. If it was true that I was that severely underpaid and working this hard, I felt taken advantage of.

How did you decide what to ask for?

On Monday I went to work and my manager caught me off guard by taking me aside to discuss what happened on Friday with the canceled demo after working all night. He told me that he wanted to find a solution so I don’t work like that again and then he told me what I valuable employee I was and how they appreciated my work. He then asked if I wanted to talk about anything.

I still wasn’t prepared to talk to him about salary, so as difficult as it was, I said nothing. We had our weekly 1:1 scheduled for the next day so I wanted to prepare to speak with him then.

That evening I called a friend for advice on how to negotiate. After filling him in on the story, he told me to aim for a salary of $140k but to leave the fact that I pulled an all-nighter out of my reasoning. He suggested I build my case on my entire work history with them and that they would likely be open to negotiating with me because they didn’t want to lose another person.

How did the conversation go?

Though I had put him on the spot he replied that it felt like a fair request and asked what I had in mind. I didn’t feel comfortable asking for a 40% raise because I didn’t think I really deserved that much money. So I replied that I was thinking that 10-20% felt fair. He agreed that sounded fair and told me he’d see what he could do.

What was the end result?

The next day he came back with good news. He told me that they’d give me a 10% raise, effective immediately, and another 10% raise at year end. I was thrilled with that solution.

I received the 10% immediately and a verbal promise of an additional 10%. Unfortunately, he left the company before the end of the year and I never received the second part of my raise.

What advice do you have for other women?

I’m so proud of how I handled the initial conversation. I confidently asked for a number that I felt comfortable with and I focused the conversation on my entire contribution to the team, rather than one bad night at work. But I made one big mistake with the follow up that I hope people learn from: get the promise of a future raise in writing! I wish I would’ve pushed to see how we could make the agreement official with HR, rather than trusting it would happen at the end of the year.