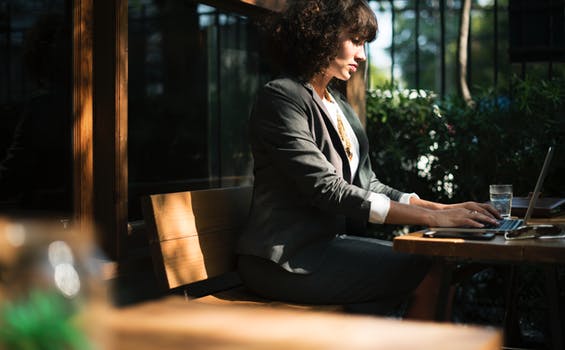 Have you been going through the motions as a leadership team, feeling siloed and more like bland vanilla pudding than leaders who boldly grow and inspire your organization? Even if you can’t describe it, you know that you could all be better as a leadership group.

In working with leadership teams that feel this disconnect, I often start by focusing on who they are as a team and what their collective manifesto is. Even if leaders want the same things for their company and teams, they may not have an agreed-upon commitment in how they’ll get there together. They do not have a team manifesto for their own leadership group.

What is a manifesto, and why is it important?

A team manifesto is a document that highlights:

• Behaviors that embody your shared team values and purpose

• How you work together

• What you do and do not stand for

• How you hold each other accountable to remain a united front

While we often think of manifestos being for front-line teams, it’s important for leadership teams to have one, as it acts as a compass so you know you’re all going in the same direction. Your manifesto is a commitment to one another, defining what you’re moving toward together and giving you permission to hold each other accountable along the way.

When you have a defined manifesto that your team believes in, you’re able to:

• Bring more cohesiveness to relationships between one another

• Trust each other to respectfully challenge, debate and persist through obstacles

How do we develop a team manifesto?

No worthwhile team manifesto ever came from sitting in a boardroom and asking, “What do we stand for?” Manifestos only have power when people believe in and connect with them. Developing a team manifesto is about connecting your shared stories and values together to define who you are as a team.

Sit down with your leadership team and talk about what stands out from your shared experiences. As you do, note where similarities exist to help identify:

• What’s important to the group

• Who you want to be together

• Commonalities in your personal values that help to build your team

What can a manifesto be?

There’s no right way to develop a manifesto. What’s important is that it holds real meaning for your people — otherwise, it will be yet another writing exercise that sits in a desk drawer.

I will say that the most effective manifestos I’ve witnessed in action are those built around who the team was. Here are a few basics to help give you an idea of what a manifesto could be for you:

It can be any length. I’ve seen manifestos that are one sentence, ten lines or even a few paragraphs.

It’s okay to be playful and bold and to include metaphors. A colleague’s client has a manifesto that includes, “Tell it like you’re six beers deep.” Doesn’t mean much to anyone outside of the team, but to them, it’s a reminder of their team-building event where one of their most reserved members had a few beers and finally opened up in a way that was positive for their team and company. Thus, “six beers deep” means something to them — it’s memorable and likely to create a greater commitment to the manifesto.

Simplicity is okay. Grandiose, life-changing affirmations are fine, but your team manifesto doesn’t have to have them. Something as simple as, “We’re all human and deserve respect” is sometimes all that’s needed.

Acknowledge your bad habits, but account for how you’re improving them. If your team has bad habits, such as speaking down to one another, they won’t disappear just because you say, “We speak respectfully to one another.” Acknowledge that you may still speak disrespectfully, but note how you hold each other accountable when this happens. For example, “We sincerely apologize when we disrespect each other.” Eventually, the bad habit will work itself out, but it’s won’t happen overnight.

It can be aspirational. You may not be the leadership team you want to be now, but by creating an aspirational manifesto, you’re developing the commitment — and the accountability — required to become one.

It doesn’t need to be understood outside your team. It’s for your team only and it should mean something to them. It shouldn’t be watered down with pretty marketing language that speaks to everyone, as it will lose its meaning and depth for your team. One leadership team’s manifesto includes, “We tell each other when we have poppy seeds in our teeth.” To them, it’s a commitment to have each other’s backs, no matter how bizarre or uncomfortable.

It should be updated. Your team manifesto today may not work for the team you have in a year. If your team is disconnected from the manifesto, revisit your shared experiences and values as you are now and see if the manifesto needs to be reworked.

The only way right way to develop your manifesto is to make sure it has real impact and meaning to connect with your leadership team’s shared experiences.

If your leadership team is missing a commitment to each other for how to lead, go back to your stories and build your manifesto. And what if you don’t have any stories? Perhaps it’s time to get away from the office and get to know who you are as a leadership team.