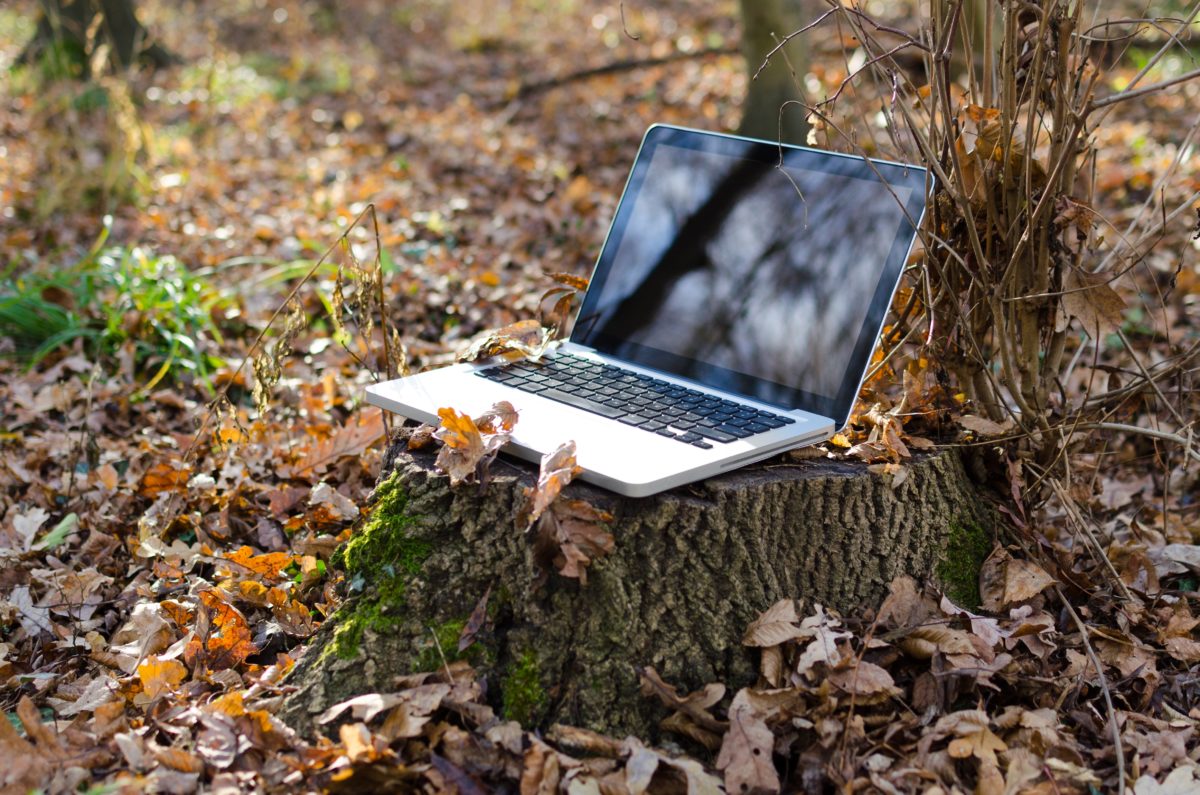 It takes luck, creativity and a fresh look at your network of contacts to find a job in the worst labor market in more than a decade.

Since the pandemic hit the U.S. hard in March, the economy has lost 13 million jobs, job seekers have seen offers yanked away, and many recent college graduates remain sidelined.

But there is reason to be optimistic, albeit cautiously: Many employers are still hiring. More than half of small and midsize companies plan to hire full-time employees this year, according to an August survey of 600 human-resources and finance chiefs by Paycor, an HR software company. And while the percentage of LinkedIn members hired into new jobs fell 7.4% in July compared with the year before, it jumped 57.5% from June, according to LinkedIn’s August Workforce Report.

But today’s jobs landscape is wildly different from the red-hot labor market of early 2020. An open position can yield hundreds of applications. Many job interviews are still happening over laptop screens, and companies’ hiring needs are changing as fast as the economic outlook.

Greg Karol offers tips on leveraging your network and shares how employers feel about virtual learning at the 2020 WSJ Jobs Summit. Photo credit: Stephen Griffin/Lockheed Martin
“When every day is different and you don’t know what to expect, people need to think on their feet and get creative and take risks,” said Clara Shih, founder and chief executive of digital-engagement company Hearsay Systems Inc., at The Wall Street Journal Jobs Summit on Tuesday. “No one is going to tell you exactly what to do, there’s no playbook to follow because we’ve never seen times like these before.”

To explore the new rules of landing a job, The Wall Street Journal spoke with executives, career coaches and the newly re-employed for their best advice. Here is what they say.

Anyone can network (and everyone needs to)

“Networking” often conjures up images of awkward coffees and unanswered cold emails. But with so many jobs found through referrals—LinkedIn says applicants on the platform are nearly three times as likely to get a job at a company where they have a connection—it is a step no job seeker can afford to skip.

If you’ve recently landed a new job, what is the best advice you have for job seekers? Join the conversation below.

When Jesse Barnes posted on LinkedIn that he had lost his sales job at a Minneapolis startup, the 26-year-old was surprised to receive messages from former classmates, people he knew from volunteering and strangers who followed his posts. They gave condolences but also offered introductions and suggested prospective companies.

“I didn’t do a lot of cold outreach,” Mr. Barnes said. Ultimately, he says, he had between 10 and 15 conversations with companies and received multiple offers—all prompted by connections—before landing a business-development role at a software company in May. He never heard back about any of the applications he submitted through job boards.

Now could be a great time to catch up with former co-workers, said Addie Swartz, CEO of reacHire, which develops return-to-work programs for women re-entering to the workforce after a break. “People are more willing to be helpful, and you have to be willing to rely on others.”

ZipRecruiter CEO’s No. 1 Advice for Job Applicants
YOU MAY ALSO LIKE

ZipRecruiter CEO’s No. 1 Advice for Job Applicants
ZipRecruiter CEO’s No. 1 Advice for Job Applicants
Ian Siegel, ZipRecruiter co-founder and CEO, offers tips for job seekers at the 2020 WSJ Jobs Summit. Photo: Cole Burston/Bloomberg News
Ms. Swartz also recommends exploring virtual events through industry networking groups, many of which are offering free webinars. “You don’t necessarily have to be a member to attend—what a great way to learn about an industry.”

And while job seekers may feel impatient to land their next role, it pays to keep a calm and professional tone in reconnecting with contacts. Laura Mazzullo, a New York-based recruiter, says those on the job hunt often don’t realize how frantic and negative they may sound. “They are frustrated, tired, cranky and impatient—they want a new job now.”

Consider your goals—and be specific

When you are unemployed, it may be difficult to identify professional priorities beyond getting a paycheck. Still, Ms. Mazzullo says job seekers she coaches often don’t have clear goals. That can slow down their hunt. “They haven’t defined what they’re looking for next, and therefore can’t articulate it to recruiters or people in their network who might be able to help them,” she said.

Developing clarity around what you are looking for, she said, isn’t the same as being picky. It helps you focus your search on areas where you are more likely to be successful.

Complicated office reopenings and social-distancing measures have led many companies to reconsider the importance of an employee’s proximity to the office. The number of remote jobs posted on job-search site Glassdoor has increased 53% compared with a year ago.

That shift is freeing some to pursue far-flung roles. But job seekers should be prepared to be upfront about their plans, such as a relocation for a partner or a move to be closer to family. Unless an employer has confirmed that a role is fully remote, and will remain that way, candidates should be prepared to return to the office at least occasionally.

“There’s a huge difference between a job that’s 100% remote and 90% remote,” said Daniel Zhao, Glassdoor senior economist. “If you still have to go into the office even just once a month, does it make sense to live up in the mountains in a cabin?”

Zero in on who is still hiring

Health care, retail and food service had the most U.S. job openings as of Aug. 10, with e-commerce and delivery jobs seeing particular growth, according to data from Glassdoor. Finance and insurance, construction and real estate, and business services had the least.

As the labor landscape changes, Ian Siegel, ZipRecruiter co-founder and CEO, discusses where new opportunities have arisen and how to benefit from them at the 2020 WSJ Jobs Summit. Photo: Cole Burston/Bloomberg News
Beth Hendler-Grunt, president of Next Great Step, a Livingston, N.J., firm that coaches college students and graduates on careers, says being flexible about industry might be helpful to recent grads and those hunting for entry-level jobs. “They can pivot more easily,” she said. “They haven’t been overcommitted to a job, a career, an industry. If you’re great at writing or research, maybe you can do it for other industries.”

Be prepared for a 100% virtual interview process

Just a few months ago, candidates who were interviewed and brought into new jobs virtually were considered pioneers. Now, it is normal to start a new job without meeting anyone from your new employer in person. Job seekers need to be prepared to stand out, even when they’re sitting alone at home.

“Bias and immediate assumptions about a person are really powerful,” said Ian Siegel, co-founder and CEO of ZipRecruiter, at the WSJ Jobs Summit. “You get one second, the moment you first come into frame, where they’re going to develop a whole idea of who you are, and it’s incredibly difficult to get them off that. You have full control over that one second.”

Ms. Hendler-Grunt recommends candidates perform a test video call with a friend to make sure their technology is working and their background looks professional. “You have to bring a higher level of energy than you would have previously if you met somebody in person,” she said. “It’s fine if you’re the most dressed-up person on the video call.”

Mr. Barnes, who found the job at a software company, says being prepared with anecdotes helped him in a videoconference. “I treated the résumé as more of a really boring summary of my life and those different jobs, and looked for ways to create a more exciting story to take into an interview and talk about skills,” he said.

Kyle Ewing, Google’s director of talent and outreach programs, suggests being aware of what is happening in the location where the interviewer works and what they might be experiencing, then kicking off the interview with some simple, friendly questions.

“It’s really important to be more deliberate in the connection that you’re making,” she said. “There’s an opportunity to bring more of a human connection, even in a virtual environment.”

Unemployment in the pandemic has fallen disproportionately on Latina women, with many in the service industry. Here’s how gender, race, and occupation help determine who is most vulnerable in the worst economic slump since the Great Depression.