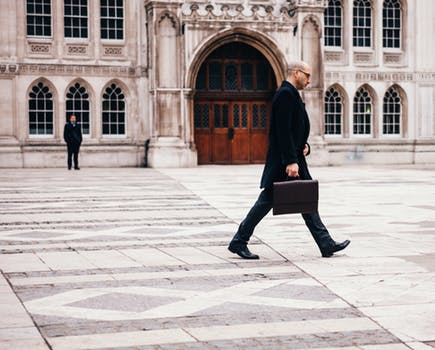 There have been several calls of late for greater autocracy on the part of our leaders. Some would argue that the trend in national elections favoring those on the political “right” confirms that argument. In the business arena, some are questioning the validity of the prevalent approach in the leadership development industry to advocate a democratic and inclusive leadership behavior in favor of more authoritarian styles.

This point of view has been expressed by consultants and professors from various backgrounds. For example, Stanford professor Jeffrey Pfeffer has strongly advocated for a more authoritarian approach. He contends that the most effective leaders are narcissistic and deceptive and do not rely on democratic processes at all. In the end, says Pfeffer, we would all be better off accepting that our leaders are generally not truthful, authentic, modest, or trustworthy, and that they are largely the opposite of the message we get from the popular motivational leadership stories we hear. Pfeffer contends that manipulation, lying, and acting narcissistically are not only widespread, but working. In fact, they are necessary and therefore recommendable.

An experienced leadership development professional HR practitioner, Rajeev Peshawaria, who has served as Chief Learning Officer at Coca-Cola and Morgan Stanley, writes, “Perhaps the biggest inconvenient truth of the current times is this. We’ve been idealizing democratic and all-inclusive leadership far too much, when the need of the hour is — and always has been — autocratic, top-down leadership.” As he sees it, “To drive breakthrough results in today’s age of speed, top-down autocratic leadership is indeed required.”

Writers for respected management publications have adopted this idea as well. Theodore Kinni, a contributing editor of strategy+business, writes, “As much as it pains me to write this, people probably do want autocratic leaders. Heck, maybe we need autocratic leaders.”

For many this is an appealing message, in part because it is a contrary view. Beyond that, it appeals to many people’s egos and supports their natural instincts. Much of the argument in favor of authoritarian leadership uses examples of notable political leaders who were strong and autocratic, including Ghandi, Martin Luther King, Jr., Abraham Lincoln, and George Washington. Ironically, those arguing in favor of democratic leadership often invoke the same people to prove their point.

I contend that this constitutes an erroneous analysis of the research about leadership. It selects anecdotes to prove a point of view, which is one of the first fallacies we learn when studying logic and sound reasoning.

“Autocratic leadership: a management style in which one person controls all the decisions but takes minimal or no input from other group members. Choices and decisions are based on the leader’s beliefs and do not involve suggestions or counsel from others.”

Note that “autocratic” describes the style or manner in which the leader operates but does not address what the leader does or ultimately accomplishes.

This list describes what the leader does while omitting the inclusion of direct reports in the decision-making process. The leader described above could practice autocracy by making decisions alone, or could be one who asks for other’s advice and counsel in making decisions and obtaining support. Participative leadership need not be incremental, cautious, wavering, or slavishly relying on consensus as the decision-making method.

As organizations have flattened and spans of control have increased we have seen a change in leaders’ preferences for being autocratic vs. collaborative. Over the last three years we have collected approximately 10,000 assessments from leaders across the globe measuring their preference for being more autocratic or collaborative. The graph below shows the percentile scores for different levels in the organization.

This data shows an interesting trend. Individual contributors have a preference for being slightly more collaborative than the average respondent while supervisors shift nine percentile points toward being more autocratic. This is understandable as a supervisor becomes responsible for the work of the entire group.

The assessment asked people to select which of the following two statements fit them best.

To me, helping others means…

ZFCO
It could be argued that top managers have this luxury given the nature of the people with whom they interact. More senior people presumably have more experienced and capable direct reports. As leaders move through the ranks in an organization they become more inclined to be democratic and less inclined to be authoritarian.

The recommendation that leaders become more authoritarian may be good advice for leaders of groups in time of crisis and for groups with less knowledgeable, experienced direct reports. For the majority of leaders, we suggest taking the recommendation to behave more autocratically with a large grain of salt.

However, the recommendation that leaders must lead is spot on. Leaders must make things happen and they need to have a vision and plan for their organization. They cannot be blown about by the latest opinions. They must champion bold, audacious initiatives. The call for leaders to actually lead and not just be a group facilitator is totally correct.