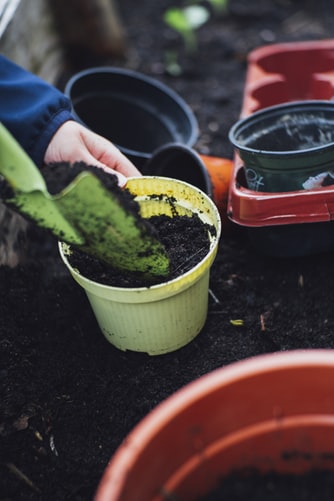 The future workforce and its leaders are being shaped by this generation’s traumatic events. The youngest employees entering the modern workplace have experienced or seen a significantly higher amount of trauma than past generations due to the rise of violence, school shootings, natural disasters, opioid crisis, human trafficking, and social media. Senior leaders should be prepared to mentor, train, and inspire the workforce. This can be achieved by taking a deeper look at how you currently cope with interpersonal conflict, embrace or resist change, and visualize your personal resilience.

You may benefit from spending some time determining your leadership posture. Your posture directly impacts how you handle adversities. It determines how you approach them. Do you see yourself leading as a healer or a warrior? When you envision your leadership, are you extending a helping hand or is your hand occupied with a weapon of sorts to win a perceived battle? I am not suggesting either is wrong, because we have two hands. When I ask audiences this question, the answer varies. My truth is complex and has evolved over time as many of yours have. I love to refer to myself as a healer, but as one of my students pointed out after hearing my story, I am best described as a Warrior that Heals.

My background and formative leadership years were spent serving in the military. You may as well have called it a warrior nation. I trained with warriors, was led by warriors, and was told to lead as a warrior. The only stories and narratives shared were those of the warriors. Yet, behind closed doors, many of my leaders were healers in hiding. As a young leader, this leadership duplicity was confusing.

A funny thing happened to me though. Once I left active duty, I accepted a job at a non-profit organization. My first leadership role was to lead a group of healers. I was the program manager for a child abuse prevention program and supervised a group of in-home specialists. This position required a different leadership approach and tool kit than the one I had been provided. This was twenty years ago, and can I tell you, until recently, I never gave my short stint as a leadership healer much thought. It was an oddity of sorts in my mind.

My staff and I faced some tough issues and emotionally jarring family situations. At the end of the day, a major part of my duties was to assist in healing the families we served and the people I led. It was natural to me personally, but professionally there was a sense of guilt nagging me. I had never seen this type of leadership encouraged or celebrated, yet in this environment it was necessary. I did not know this would serve as a precursor for the work I am doing now. I wish I could tell you I continued to pursue the path of the healer in my next position, but it was once again in a military setting. There were clear expectations given to me by those above me concerning the leadership they desired. A frequent criticism I have received was, “You are too nice to be in charge.”

Today, I stand before leaders encouraging them to consider the path of the healer which includes identifying and beginning the courageous work of healing organizational wounds. Often, leaders avoid the stigma of being a healer, as I previously did, thinking they need to be tough. Yet, when I accepted a senior manager role in the federal government, the director, at the time, stated that he was looking for leaders who were tough, yet kind. His expectation was for leaders to embrace both, which was personally inspiring.

I am firmly convinced our world and organizations need more healers. I am dedicating my personal energy and effort to get this assertion out.

When have you had to leverage both?
Which tendency suits you best?
Which one is needed in your current team?

I have learned, the hard way, that our leadership needs to be pliable. Every employee or team has a different set of individual needs. Your personal leadership style is not one size fits all; it will expand and shrink as needed.

Several years ago, while leading a team unsuccessfully, I woke up to the reality that my warrior ways were not working. My civilian team needed a healer. Comments on my leadership survey suggested that my military warrior ways were not effective in this setting. It was hard to read those words, because if you know me, you would know I was never the epitome of a hardcore warrior. Yet, this was the impression in my new organization.

Past wounds remained unhealed and this made some of the team resistant to changes I proposed. I had not led them into battle previously to know what injuries existed. It was an oversight on my part, costing me valuable time and trust. Winston Churchill was known to say, “Often when people are hurting in the organization, they wonder why no one sees their pain or offers to assist.” If you are leading people, it is your job to pay attention to the changes in attitudes, moods, and feelings of team members. I am not suggesting we do the work of therapists; they are trained professionals who heal the past. I am declaring that leaders heal the future. We have the privilege of doing the work of human beings, recognizing when others need support and, to the best of our abilities, attempt to provide it.

One person can change the world. Think about a person who greatly impacted you in a positive way. What did they do that made them memorable? Would you consider them a warrior or a healer? I can think of many, but the top of my list is always reserved for my grandparents. They spoke words into my life, which continue to chart a course for me. They changed the world, by the encouragement they provided me. My grandparents’ healing words continue to propel me forward.

A couple of years ago, I was overwhelmed. I had an active family with three kids, was working full time, and finishing a Ph.D. Ringing in my ears was my grandfather’s voice reminding me of a familiar childhood reference, “Baby, you got to get your lesson.” The memory of his words gave me momentum to finish strong. My doctoral work and the amazing women I interviewed have led to the bulk of what I teach and share with leaders. I managed to gather the story of senior women leaders who were unashamedly leading the charge as healers.

I encourage each of you to explore your role as “healer” in your organization. It is an often overlooked and powerful leadership strategy serving as the underpinning of high-performance teams. Team endurance is based upon the health and strength of each individual member. The leader’s ability to identify and treat wounds is critical to mission success. Change efforts stall or fail when leaders leave organizational wounds unattended.

You may be wondering what great leaders have paved the path for healing as a viable leadership option. I offer the legacy and wisdom of Nelson Mandela as a bonafide example of one who understood the need to leverage healing. Nelson Mandela fought against inequality and the oppressive apartheid regimen for much of his adult life. This ultimately led him to spend 27 years in prison. There is no doubt Nelson Mandela was a warrior as noted by his lifelong pursuit of freedom, but more impressive is his international status as a healer. Through his work of reconciliation, he touched the world’s heart and minds. While serving as the President of South Africa, he addressed his countrymen during a major transitional period, by saying:

The call now is for each of us to ask ourselves: are we doing all we can to help build the country of our dreams?

Building the country or organization of our dreams, will require leaders who heal. There is no disputing the brokenness, loneliness, and pain existing in modern-day society. Continuing to place blame is in no way leading us closer to resolution. Mandela was a successful warrior; his fight for freedom liberated millions of people. Yet, he lamented the cost of the battle and the lives lost to it. Once liberated, Mandela set his eyes on healing everyone through his direct leadership. He made no apologies for his posture or stance, because he knew the battle for peace could only be won by a healer.