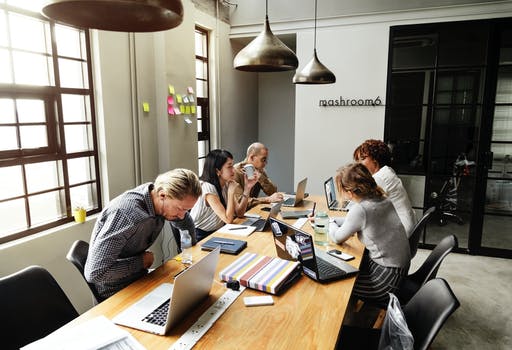 Even though considering differing opinions and opposing points of view during a brainstorming session can be frustrating, the process almost always seems to lead to an elegant and feasible solution. According to research, the same principle can be applied at work—studies show a diverse workforce can boost employee performance as well as that of the company as a whole.

The more diverse the board of a company is the better, suggests a study conducted by McKinsey. Examining the performance of 180 publicly traded companies in France, Germany, the United Kingdom, and the United States over the period from 2008 to 2010, their researchers found that companies with more women and foreign nationals as part of senior teams performed much better than less diverse boards.

For companies that ranked in the top quartile of executive-board diversity, the returns on equity were 53 per cent higher on average than those in the bottom quartile. Similarly, earnings before interest and tax (EBIT) margins were 14 per cent higher at the diverse companies as well.

A similar study carried out by Credit Suisse Research Institute backed up their findings. Published in 2012, the Credit Suisse report revealed that companies with at least one woman on the board have outperformed their this with no women on the board by 26 per cent over the last six years. This was seen uniformly across all fronts, including returns on equity, debt to equity ratios, price/book value as well as average net income growth.

In a release related to the study, Stefano Natella, Co-Head of Securities Research & Analytics said, “This in-depth study provides investors with striking evidence that greater gender diversity is a valuable additional metric to consider when evaluating investments. The results of our analysis are irrefutable and for the first time offer a global view of this topic and a compelling explanation of why gender diversity adds value.”

Having a diverse group of people attacking a problem could lead to a multi-pronged attack that results in better problem solving, suggests a 2006 study conducted at Tufts University. Published in the Journal of Personality and Social Psychology in April 2006, the study involved 200 participants on 29 mock juries.

The researchers found that panels of white and black participants performed better than all-white groups by a number of measures. “Such diverse juries deliberated longer, raised more facts about the case, and conducted broader and more wide-ranging deliberations,” said lead author Samuel R. Sommers. “They also made fewer factual errors in discussing evidence and when errors did occur, those errors were more likely to be corrected during the discussion.”

While his study was set in a courtroom, Sommers also talked about the implication of the study’s findings in other situations.”Because the study examines group decision-making in a realistic setting, the findings have potential implications for a variety of contexts–from the classroom to the boardroom, or wherever a premium is placed on fact-finding and reaching a good decision,” he said. “Diverse groups show a number of advantages and benefits when it comes to this type of decision making.”

Researchers from Columbia, MIT, University of Texas-Dallas, Northwestern, and a few other prestigious universities looked at stock-picking in ethnically homogenous and diverse groups. In their study entitled ‘Ethnic diversity deflates price bubbles’ published in PNAS in December 2014, they focused on experimental markets in Southeast Asia and North America.

The findings of the study revealed that the financial decisions of the more diverse groups were 58 per cent better than those of the homogenous groups, which led to fewer bubbles on the market. “In homogenous markets, overpricing is higher and traders’ errors are more correlated than in diverse markets. The findings suggest that price bubbles arise not only from individual errors or financial conditions but also from the social context of decision making. Informing public discussion, our findings suggest that diversity facilitates friction that enhances deliberation and upends conformity,” wrote the researchers.

In a study published in Scientific American in 2014 looked at 1.5 million academic papers and found that papers written by diverse groups are more likely to receive citations and had higher impact factors than those whose authors belonged to the same ethnic group. They also found that people of similar ethnicities are more likely to collaborate on papers more often, but the final product was much more impactful in the diverse groups. “Diversity jolts us into cognitive action in ways that homogeneity simply does not,” says the Scientific American report on the study.