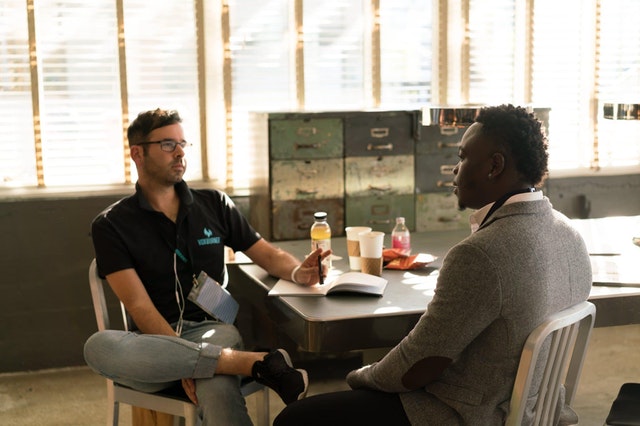 Recently the Chief HR Officer for a healthcare firm asked us to identify the best new framework for leadership that she could use to train and develop a cadre of high potentials. The challenge, she said, was that these managers were highly proficient in their own disciplines such as finance, marketing, research, clinical care, and insurance reimbursement — and had demonstrated that they could manage people in these areas — but she needed them to be “bigger” leaders. What, she asked us, did the newest thinking about leadership development say they needed to learn to lead multiple functions, or influence whole segments of the organization, particularly in the rapidly changing world of healthcare?

Explicit in our HR officer’s question was her assumption that the newest thinking on leadership development must contain something essential. After all, there are hundreds of books written about leadership every year, adding to the thousands of titles already available on Amazon. There also are new assessment tools based on advancements in brain science, emotional intelligence, and relational modeling; new computer aided algorithms for decision-making; virtual reality simulations; and a host of new experiential programs, online courses, and university certifications. With such a flurry of developments, there must be some useful new ways to think about leadership.

The reality, however, is somewhat different. Yes, the leadership development industry is thriving, and yes there are a lot of new and interesting ideas, some of which may prove to be helpful. But despite many changes in our context — as organizations have become more democratic and networked, for example — in its fundamentals leadership has not changed over the years. It is still about mobilizing people in an organization around common goals to achieve impact, at scale.

This tried and true perspective on leadership was reinforced for us during the past year as we researched and wrote the HBR Leader’s Handbook. We interviewed over forty successful leaders from a variety of organizations (corporate, non-profit, startup), across different industries. We then reviewed several decades worth of articles from the Harvard Business Review to understand the recurring messages from academics and practitioners about what leaders should do. Our conclusion from this research, and from our own years of experience as leadership and organizational advisors, was that the best leaders with the most outsize impact almost always deploy these six classic, fundamental practices:

uniting people around an exciting, aspirational vision;
building a strategy for achieving the vision by making choices about what to do and what not to do;
attracting and developing the best possible talent to implement the strategy;
relentlessly focusing on results in the context of the strategy;
creating ongoing innovation that will help reinvent the vision and strategy; and
“leading yourself”: knowing and growing yourself so that you can most effectively lead others and carry out these practices.
Sure, sometimes the starting point is different, or one of the six areas requires more heavy lifting than another, or the sequence of activities varies. And yes, leaders go about these practices in different ways depending on their personalities and their situations. But the same handful of practices are always present.

For example, when Seraina Macia (one of the leaders we interviewed) joined XL Insurance in 2010 to head their North American Property and Casualty unit, it was a stable, but slow-growth business. As she learned about the numbers, the organization, and the markets, Macia envisioned that the unit could be transformed into a much faster-growing and more profitable company with a wider range of product offerings. Bringing her team together around this vision, and sharpening it with their help, which is the first fundamental practice, became the focus of her early days with XL.

To translate that vision into action, Macia then challenged her team to triple the level of premiums, without sacrificing underwriting quality, in three years — and asked each of them to quickly develop a strategy for how to make that happen in their product areas, and how to best use underwriting and the other support functions to do it. She then worked with each manager to help them craft these strategies, making choices about how to deploy resources, where to focus, and how fast to proceed. This is the essence of the second core practice that we heard about in our research.

When some of Macia’s team members struggled to come up with thoughtful strategies, or couldn’t move quickly into action, she gave them tough feedback, pushed them beyond their comfort zones, gave them developmental help as needed, and in some cases replaced them or moved them to other positions. These actions were all in the service of building the best team to implement the strategy, which is practice number three.

This stronger team was then able to respond to Macia’s unrelenting drive for results by quickly testing new ideas, engaging local brokers, expanding target markets, and a host of other specific action-steps, all of which were aimed at focusing on results, which is the fourth practice. As results came in, Macia encouraged the team, to reassess their plans, learn from their experiences, innovate, and continually improve, which exemplifies the fifth practice, innovation. For instance, some of the teams experimented with sending underwriters out to the field to work with brokers so that they would send them business that was more likely to be underwritten by XL, a complete departure from past practices, and one that turned out to be key to the unit’s success.

While taking these actions, Macia also was learning about her own leadership, what worked and what she needed to do differently. Gradually she learned how best to allocate her time, how to build support from other parts of the company, what metrics were most useful, and how to make faster decisions about people, all of which is part of the leading yourself practice.

Most importantly, by putting all six of these practices together, Macia succeeded in doubling the level of profitable premiums in two years and (after she left for another job) seeing her successor reach the original goal of tripling the business the year after.

To move their organizations to the next level, all of the leaders we talked with deployed these practices — practices that are supported by numerous studies and articles, many of them far from new. And even though these leaders were operating in different industries, geographies, and with new technologies and structures, they were still dealing with people who needed to work together to achieve a common goal, which is what leadership has always been about. So when it’s time to think about developing bigger leaders—as our HR executive wanted to do—we believe the secret is not to look for a new framework, but rather to help leaders master the tried and true practices that already exist.