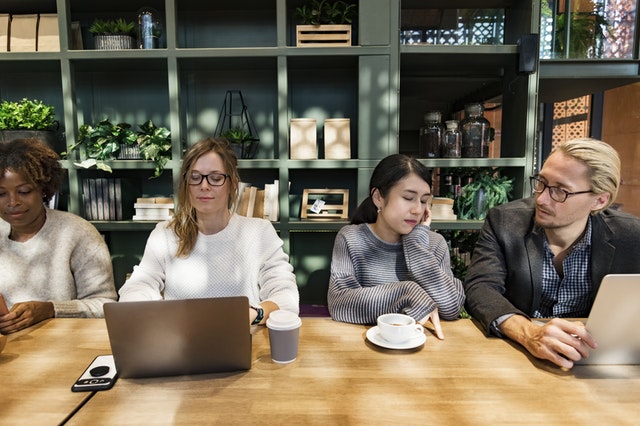 Despite a huge body of research into employee engagement, little has focused on team dynamics. A team at Ashridge Executive Education has identified four zones of employee engagement in teams, but how can organisations identify these zones and use this knowledge to boost productivity?

Dr Amy Armstrong from Ashridge Executive Education estimates that there have been more than 2,000 pieces of research done on employee engagement. But despite such an extensive body of study on people’s happiness at work, only a tiny percentage has focused on teams and how their make-up impacts engagement.

She has previously worked on research on engagement through the eyes of the CEO, but felt it was time to look at teams. “Most research focuses on engagement either at individual level – people’s tasks and roles – or at the organisation,” she explains.

The result is Shades of Grey: An exploratory study of engagement in work teams, a study produced in conjunction with Engage for Success and Oracle. “What we found was that team engagement was far more nuanced and complex than simply whether people are engaged or disengaged,” she adds.

Two key influencers of engagement emerged in the research: first, the team climate or atmosphere. “How do they talk to one another, is there a hierarchy?, is there some fun or is it frozen?” explains Dr Armstrong. The second factor was their behaviour, whether team members were proactive or reactive, for example.

Having spent time with the companies in the study observing these team dynamics, the researchers also identified four “zones” of engagement: the zone of contentment (team members are happy but do the minimum required); the zone of pseudo-engagement (where team members give an impression of being engaged but this is more about furthering their own agenda); the zone of disengagement (they hate their work and feel unappreciated) and the zone of engagement (proactive, solution-focused and people feel trusted).

Long service: contented but not always productive
Dr Armstrong and her team noted some interesting correlations, too. “We found that 21% of teams we looked at were in a state of complacency related to longevity of service. They were happy, but would go to work, do their job and then clock off. They were not interested in pushing themselves or their teams forward,” she says. Complacent teams can form a strong backbone in organisations, she adds, but are more suited to back-office functions rather than anywhere that innovation might be required. Some of the most engaged teams in the study experienced a fair amount of churn.

“Pseudo-engaged teams felt really new,” adds Dr Armstrong. “There was an illusion of engagement presented to the organisation, but they were just telling the people senior to them what they wanted to hear. When we looked at these people, there was a Machiavellian element, they were playing the system.”

Interestingly, these teams cropped up frequently in NHS and healthcare organisations, where there were high indicators of personal engagement (in looking after patients) but little evidence of pulling together as a team. “When we spoke to HR directors in these organisations they thought this could be linked to the reward system, which centres on individuals rather than teams. This sort of climate will perpetuate where you have individual targets,” she says.

Where teams operated in a zone of disengagement, the key factor was the team leader, who Dr Armstrong describes as “the maker or breaker of engagement”. In these teams, the work is seen as mundane and employees often feel the system is defective in some way or there are high levels of mistrust between individuals. But it’s the leader that helps this negative culture to thrive. She says: “They might have favourites, were emotionally volatile so staff never really knew what to expect. Compare this to team leaders in positive environments who made their people feel empowered, stretched and developed. In these teams, the team leader is their safety net.”

Just under a third of the teams that participated in the research were found to be in the zone of disengagement – often containing cliques and even reporting “tantrums” from team members or leaders. One participant said of their manager: “One particular day she just didn’t talk to anybody! That one day I just got a ‘morning’ and I got nothing the whole day and I’m thinking, ‘have I done something wrong?’”

Identifying your zone
Ashridge has developed a team diagnostic to help teams work out what their prevalent zone is, and identify any outliers. “Then it’s up to leaders to have discussions with their teams to check everyone is in the right place. It might be the case that someone is new and therefore highly engaged, but that team dynamics change over time, for example,” adds Dr Armstrong.

Given the huge volumes of research that have been produced on employee engagement, it’s perhaps surprising that the UK still lags behind other economies in terms of engagement and productivity. So why do we continue to get it wrong? “I think organisations still don’t really understand what engagement is,” she argues. “They rely on survey metrics that don’t give the whole story. Yes, they give HR something to bring to the conversation at board level but not necessarily reflecting the whole picture.

Dr Armstrong also believes a prevailing culture of long hours, presenteeism and pressure to perform means employees in the UK simply don’t have a healthy relationship with work, which in turn impacts engagement.

It’s up to leaders to have discussions with their teams to check everyone is in the right place. It might be the case that someone is new and therefore highly engaged, but that team dynamics change over time,” – Dr Amy Armstrong

Ashridge has come up with three ways employers can boost engagement in teams, regardless of which zone they’re in:

Ensuring people are given challenging and varied work
Working with trusted colleagues
Having a team leader who is trusted and leads by example
It also offers some practical words of advice for organisations looking to shift team behaviours. Those with teams in the zone of contentment, for example, should consider having honest conversations about employees’ potential to achieve more. They could also consider introducing new projects to tackle complacency. Where teams are disengaged, recruiting a team leader with emotional stability and strong people skills is crucial. Pseudo-engaged teams need more team-focused rewards and should be encouraged to see how interdependence produces results.

Finally, Dr Armstrong reinforces the point that too much trust in employee engagement surveys can be a negative thing. “Use them circumspectly,” she says. “A climate of trust and psychological safety is key, where people feel they can speak up and bring their whole self to work.”