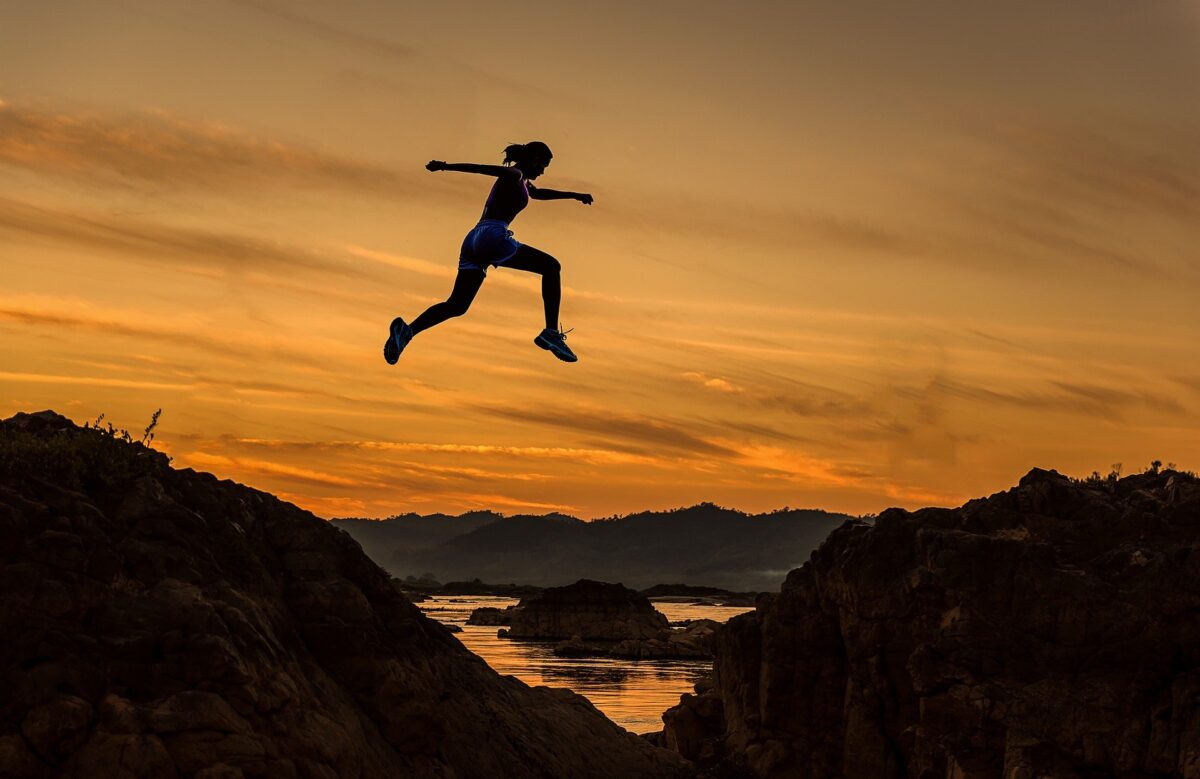 The last twenty years or so has been a time of great volatility. The best leaders know how to absorb fear and still demonstrate to their team a way forward.

Some leaders are shock absorbers of fear, and others are accelerators of fear.

In a crisis, leaders should be able to take a limited amount of data input and make decisions knowing that some of them are going to be wrong. The ability to persevere in the face of being second-guessed and judged is critical.

You also have to constantly communicate even when you’re saying, “I don’t know.” During a crisis, people need to hear leaders. They become employees’ sole source of truth in some way. So the rapidity of communication helps.

Lastly, during a crisis, it’s important to hold two truths simultaneously: Things can always get worse, but some of the best opportunities to invest in growth happen during a crisis.

How did you navigate the difficulties of taking the reins from the “Manager of the Century” Jack Welch, and how did you walk the tightrope between doing things the established way and shaking things up?

Jack was a great leader and CEO during the time in which he served. However, I knew the world would be different in the 21st century versus the 20th century and that the company had to change. We weren’t prepared for the direction in which the world was going.

I never spoke poorly of Jack. Sometimes, leaders come in, and the first thing they do is tank their predecessor. I never did any of that. I always stayed focused on what we could do better and differently.

What I tried to keep in place were some of the disciplines around HR that Jack pioneered. However, from the day I took the job, I attempted to change things around technical innovation, getting closer to customers, global growth, and diversity.

When you follow someone famous, you don’t look backwards or do anything to tarnish their legacy. Rather, you try to quietly drive changes that need to be made every day.

How similar or different was your leadership style from Jack Welch?

The company that Jack grew up in was dominated by white American males. It wasn’t that he didn’t respect diversity, but it was just the world that we lived in. So, one obvious aspect I focused on was making the company more diverse and reflective of the world we were living in during the 2000s.

Jack was attracted to people that respected processes and operations. Therefore, GE was a very finance-driven company from a talent standpoint in the 80s and 90s. I tried to recruit more creative people, technical people, engineers, and scientists because I felt that it was an important change that was needed.

Another thing I reflected on was how talent should be measured inside the company. Let’s say 1000 engineers design a jet engine that will fly at 30,000 feet above the ocean between Vladivostok and San Francisco. I really don’t think that 150 of them are terrible. Ranking and stacking people works when it comes to financial service originators, but it’s not as relevant with big teams of engineers. I tried to preserve the parts that I felt were relevant while subtly changing some of those that I didn’t think worked quite as well.

Great CEO–CFO relationships have always been praised, but what is your take on the CEO–CHRO partnership? Do you see the CHRO of as much value as the CFO?

I always looked at it as a triangle of CEO, CFO, and CHRO. My HR leaders had the same access as my CFO. I spent a ton of time with them.

At the very top, you need to think about complementary traits between the CEO, the CFO, and the CHRO. If they’re all too soft, bad things are going to happen. If they’re all too hard, bad things are going to happen. It’s good to have one hard-ass, one sympathetic person, and one person that balances in between. I look very much at complementary traits.

CHROs need to be good at process, particularly in big organisations, because the whole flow of HR needs to be systematised. They must be change-oriented because it’s hard to try any meaningful change without the organisation’s support. They need to be great recruiters and personally appealing to be able to attract and retain great talent. They must also know how to deliver painful messages. Those are the things I look for in a good HR leader.

Why do you believe leaders should be systems thinkers? How has a systems thinking approach to leadership helped you at GE?

People build their careers by being good at, let’s say, finance, or businesses like oil and gas or the media. However, a lot of the new business models are at the intersection of digital and industrial technologies. They focus on the “and”, not the “or”. What is required now is for people to see across different technologies and markets to drive integration and competitive advantage. Amazon is a technology and logistics company. Google is an artificial intelligence and media company. That’s how companies are being created today.

An example of systems thinking is how we approached globalisation at GE. Despite being an American multinational, we made a concerted effort to be highly local at the same time. We recruited local talent and built local systems. When we went to China, we helped the government see that we were in aviation, healthcare, and a bunch of different businesses. We were able to play bigger than we were because we could see systems – we could be a multi-business entity and develop local teams that made a huge difference. Therefore, I think a primary reason why many people fail in an area like globalisation is that they act either too global or too local. We were able to do both, and that’s what I mean when I talk about systems thinking.

What were two or three of your biggest mistakes while on the hot seat at GE?

When I look back, I knew there was a chance right after 9/11 to reframe the company into a smaller financial services business and put more capital into its industrial side. We made a choice to develop its financial services and industrial aspect together. By the time the Lehman Brothers went bankrupt in 2008, that strategy didn’t look too smart. So, I think long-term thinking is not enough. Sometimes, leaders need super long-term thinking.

Also, it sounds trivial, but it’s really all about people. I have worked with many good leaders in running global companies, but it only takes three or four untrustworthy people to do a ton of damage. I now work with 10 or 20 companies, and in each, I see people I don’t trust. Leaders need to know that even one person who can’t be trusted can do an incredible amount of harm. They must be vigilant in that regard.

What would your advice be for professionals who are going to take on the role of CEO for the first time?

Everybody talks about a CEO’s first hundred days and things like that. However, it doesn’t matter that much. Leadership at scale is about the first 5,000 or 10,000 days – it’s a marathon job. It’s a draining marathon and a lonely job, and you need to prepare yourself for that.

Another piece of advice would be to find ways to do fewer things and do them better. Successful CEOs are very focused, and unsuccessful CEOs work on too many things. I remember sharing a board member with Apple; I asked her, “What is it that makes Steve Jobs so successful?” She replied, “Jeff, you should see how many things he says no to. He knows exactly what is important to the company and stays focused just on that.”

Lastly, again, it’s about people. You can only be as big or grow as fast as the people you have to fuel that vision and growth. You’ve got to be a good recruiter, a good motivator, and a good leader. I would stick with those three things – Prepare yourself for a marathon, stay focused, and understand the power of good people.