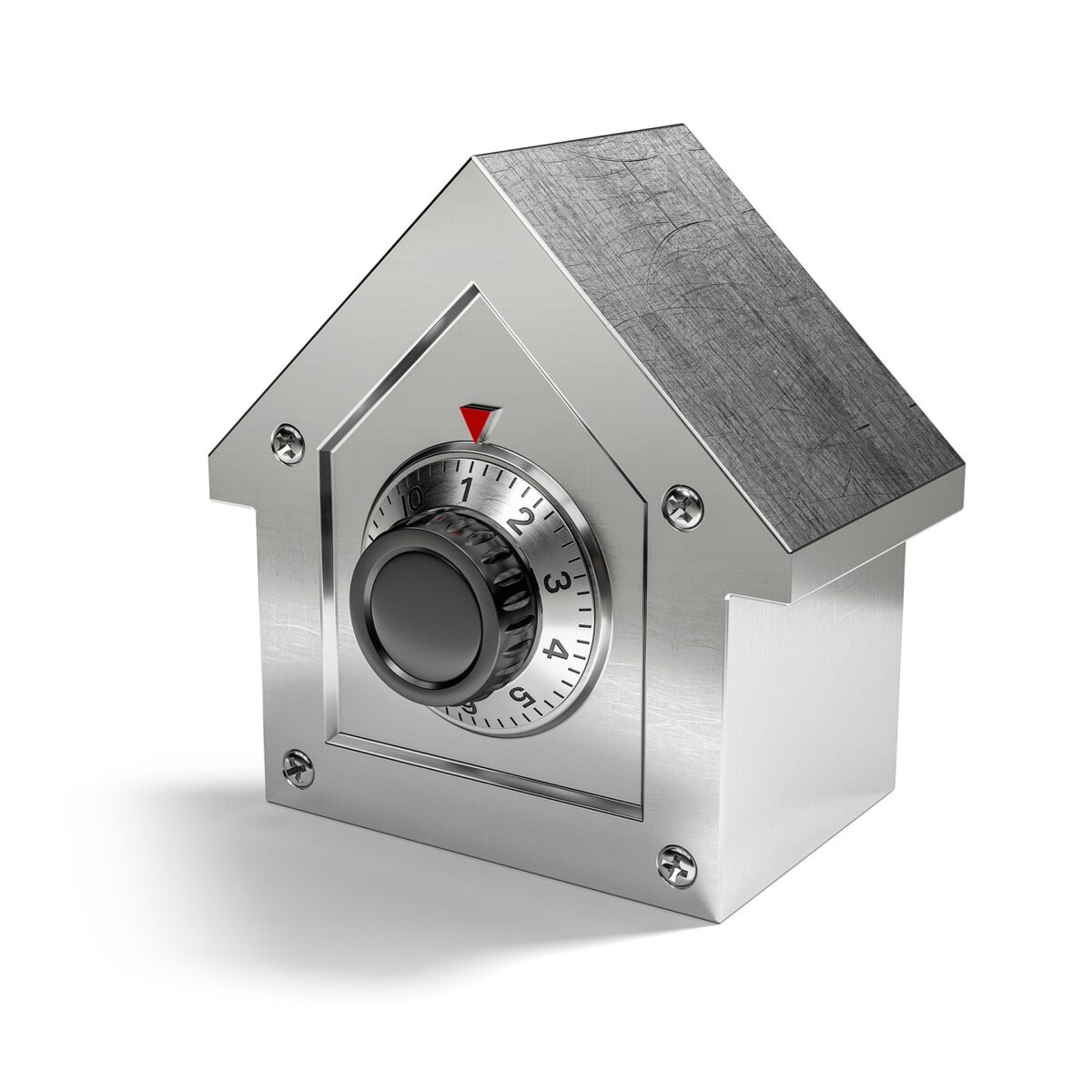 The Covid-19 pandemic has profoundly shifted the way workers interact with their firms. In the US, the amount of time Americans spent working from home jumped from 5% to 60% in the spring of 2020. While some workers are starting to return to the office, the new equilibrium is unclear. Most firms will adopt a hybrid model, but exactly what this looks like—and what it takes to succeed—remains murky.

Even before the pandemic, the traditional worker-firm relationship was morphing. The gig economy, born during the 2007–09 financial crisis, allowed workers to take on multiple piecemeal jobs to make ends meet. It surged in prominence over the last decade, as platforms such as Uber, Upwork, and Airtasker shot onto the scene.

Together, the rise of work-from-home and the gig economy have loosened the boundaries of the firm, making the ideas of a workplace and a worker more fluid. But we’ve seen something like this model before. In the 17th and early 18th centuries, much of the manufacturing in Western Europe relied on the domestic piece-rate (or “putting-out”) system. Merchants supplied raw materials to workers, who would manufacture wares in their homes or small shared workshops in return for a payment per item produced.

This system faded with industrialization. The greater use of capital equipment for production brought workers together physically under the factory system, while a deepening division of labor, the growing scale and complexity of firms, and mounting demands for worker protections led to formalized employment.

Today, advances in communication technology and the emergence of new digital platforms are allowing firms to shift an increasing share of work outside of their traditional boundaries, reducing costs and improving flexibility.

From the perspective of workers, however, these changes are a mixed blessing. The domestic piece-rate system smoothed workers’ incomes across the agricultural cycle, making it a win-win for workers and firms—at least for a time. But is the emerging modern equivalent as mutually advantageous? The answer is more complex.

First, consider gig work, also known as contingent labor (including temporary workers, contractors, and freelancers). In the US, 9% of workers earning less than $50,000 a year are contingent, compared with just 1% of workers earning more than $150,000. While some workers take on contingent roles out of choice, they tend to be the select few in higher-skilled, higher-paid roles. The majority are lower-skilled workers who take these roles out of necessity when permanent roles are not available. And these lower-earning contingent workers experience a meaningful gap in job satisfaction when compared with permanent employees with a similar income.

Digging further into job satisfaction, we found that contingent workers are relatively more satisfied with their flexibility, but relatively less satisfied with their job stability and relationships with colleagues. When we consider the six archetypes of workers, gig work may therefore appeal to Explorers, but it’s unlikely to be attractive to Operators, who make up the largest share of workers in most markets.

But loyalty and commitment flow both ways. The hidden cost of this strategy may be a workforce, particularly a front line, that is less inspired and less willing to invest in delighting customers or going above and beyond in their duties.

Next, consider the long-term outlook for remote work. The pandemic demonstrated that many workers can perform far more of their duties remotely than anticipated. To explore the maximum potential for continued remote work, we examined around 2,000 underlying activities across approximately 900 occupations and identified the share of tasks that could be performed from home, given the current state of technology.

Our findings conform closely to the story of the pandemic: White-collar workers in knowledge and administrative jobs, alongside teachers, performed most of their responsibilities from home. And those in manual and service jobs, alongside healthcare workers, either continued going in as essential workers or found themselves out of work.

The long-term sustainability of remote education for school-aged children remains up for debate, as many parents struggle to juggle child supervision with work, and concerns around the possible negative impacts of remote learning persist. But for knowledge and administrative roles, remote work has a high likelihood of sticking beyond the pandemic.

Together, these categories represent about 30% to 40% of all workers in developed economies, but only about 10% to 20% of workers in developing markets. And developing economies face several factors that likely reduce the number of remote workers even further, including slower, less reliable, and less ubiquitous Internet, as well as the challenges of multigenerational living arrangements and more children per family.

Even if the lion’s share of white-collar work can be done remotely, that doesn’t necessarily mean it should be. There are two factors to consider: the impact of remote work on productivity, and the desires of the workers themselves.

Whether remote work is as productive as in-person work remains to be seen. A study of 10,000 workers at an Asian technology company from April 2019 to August 2020 found that workers were putting in more hours from home, but there was no detectable increase in output. Why? Researchers found the amount of time spent in meetings increased, perhaps due to the complexities of remote coordination and supervision. Meanwhile, the time available for uninterrupted individual work fell. Data from the US Survey of Working Arrangements and Attitudes shows that 50% of workers felt their overall productivity had increased while working from home, but 71% attributed most of the gains to time saved from not commuting.

The impact of working from home on productivity also seems to vary from activity to activity. Research from prior to the pandemic suggests that activities requiring a high degree of collaboration or significant interdependence tend to be more productive when performed in person. The challenge is that these activities represent a growing share of white-collar workers’ jobs.

Given this lack of clarity, leading companies are following different paths in terms of their remote work models. On the one hand, JP Morgan and Goldman Sachs called most of their US workers back to offices over the summer. Netflix’s co-CEO Reed Hastings has spoken out against long-term remote work. On the other hand, Dropbox and Twitter are shifting to a model of default remote work, while the list of firms offering hybrid models ranges from Apple and Google to Siemens and Prudential.

Firms also need to consider what their workers want. With no daily commute, remote work saves employees time and money. And according to the UK Time Use survey, commuting is one of the ways people least enjoy spending their time, scoring lower than domestic chores—in fact, only job hunting scored lower. Working from home also allows employees to have more time with their families and greater flexibility in how they spend their day. But there are significant downsides as well: Workers can feel cut off from their workplace social life, lack apprenticeship, and struggle to manage the boundary between work and personal time.

The net balance of these implications varies across the population. In the US, 37% of remote workers want to continue working entirely from home, indicating robust demand for remote jobs going forward. However, 43% prefer some kind of hybrid model, while 20% want to work remotely rarely or never again.

Considering demographic factors, including age and household situation, doesn’t meaningfully resolve this disagreement. Instead, these preferences primarily seem to be the result of individuals’ varying attitudes toward work. More camaraderie-oriented worker archetypes, including Operators and Givers, are more likely to want to return to the office. More autonomy-oriented archetypes, including Artisans and Pioneers, are more likely to thrive in remote work conditions.

It’s worth noting that US workers tend to be more inclined toward remote working than their counterparts in most other countries. For example, only 15% of workers in China and 16% of workers in France would like to work entirely from home postpandemic.

In addition, attitudes toward working from home have shifted—and likely will continue to shift—over time. There’s evidence that some workers are beginning to tire of the remote model: The number of workers who say they prefer to not work remotely at all postpandemic has been rising steadily, from 16% in January 2021 to 25% in October 2021, according to the US Survey of Working Arrangements and Attitudes. The sustained sense of isolation and lack of meaningful connection with colleagues may be increasingly weighing on workers.

Our survey shows that 47% of workers globally view many of their colleagues as friends. In China, where remote work models dissipated quickly once the pandemic was under control, this figure was even higher, at 59%. This level of connection and trust is a critical ingredient for effectively operating complex businesses. The big question is whether companies can maintain connection and trust without the physical connection that offices provide.

Shared office space helps firms feel more like a community and less like an impersonal marketplace. When working remotely, it’s particularly difficult to reproduce the informal and unplanned interpersonal interactions of everyday office life. For many firms, the success of remote work during the pandemic has come at the cost of the cultural capital and goodwill that colleagues have built up over the years. Over time, especially as new recruits join, maintaining culture and connection may become increasingly difficult—although there is plenty of room for experimentation in this space.

As the rise of contingent and remote work loosens the boundaries of the firm, there’s a risk that workers come to view their relationship with their organizations in a purely transactional light. As a result, the bonds of trust that form the connective tissue of the firm are in jeopardy of fraying.

None of this is to say that it’s impossible to maintain a strong and cohesive organization while increasingly relying on contingent and remote work. But examples of sustained success at scale are few and far between. Firms will need to harness significant innovation and creativity—and those that can crack the code stand to gain a significant competitive advantage.