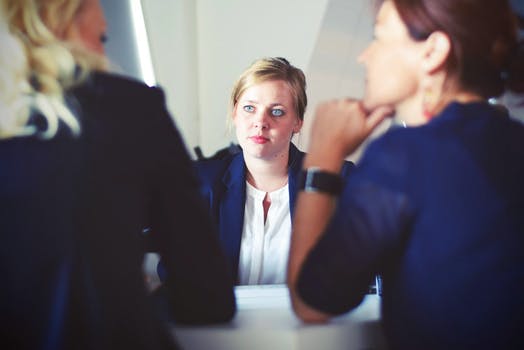 We are in the dawn of The Fourth Industrial Revolution. The World Economic Forum posited that the disruption caused by enterprise and consumer digitalization in the third industrial era had forced more than half of Fortune 100 companies out of business by the year 2000. This new era will bring even greater changes at a faster rate, threatening the existence of powerhouse multi-national corporations due to an unprecedented technology insurgence. Those businesses that thrive or fail will do so based on their leaders’ ability to rethink workforce and customer experiences in how people live, work and interact.

From early talent to C-Suite hiring decisions, one defining area of HR that is primed for disruption is talent acquisition. “Hiring people is already the No. 1 challenge faced by CEOs and business leaders,” says Nicole Sahin, CEO of Globalization Partners. The new industrial era may be a defining moment for HR leaders, one that requires future-proofing the organization by creating the right culture and infrastructure needed to identify, attract and acquire the best talent.

White men account for 72 percent of leadership positions even as racial demographics continue to diversify; by 2044, there will be no one race in the majority in the U.S. These numbers are meaningful when we consider the expectations of the people who are the keystone to success or failure. “The primary practice holding companies back is the reluctance to do something different,” says Sahin. This might explain why the WEF believes that gender parity will not be realized for another 170 years.

Companies that continue to treat diversity as an option and not a reality fuel the persistence of the power imbalance. Despite publicly stated commitments to diversity and inclusion from CEOs, men continue to represent the majority population in the corporate pipeline for early talent. Despite holding 57 percent of all college degrees, fewer women than men are hired into entry level positions, accounting for 48 percent. The talent gap broadens in the journey to top-level positions, resulting in a significantly disproportionate number of men in C-Suite positions versus women, where women hold only 21 percent of the positions.

Racial diversity is also lagging, with vastly different perspectives about the future. Forty percent of black Americans believe racial equality in the workforce will never be realized, in comparison to 11 percent of whites. Black Americans account for 33 percent of entry-level positions, dwindling down to a meager 15 percent at the C-Suite level.

For those in the workforce, pay disparity continues to prevail. Women, on average, make 20 percent less than their male peers and black men make 70 percent less than their male peers; down 10 percent from 1979. One of the reasons that the pay gap continues to exist is the practice of using previous salary as the benchmark for current salary. While states and cities across the US have created regulations to end this practice, few believe that the impact will change talent acquisition and pay offers.

Early studies show that men are offered 1.5 percent more than their presumed previous salary while women are offered 1.5 percent less. Only 35 percent of businesses have institutionalized a statistical approach to pay equity analysis in order to make better compensation decisions and a meager 34 percent have implemented a formal discipline to remediate pay inequities. Pay disparity from the point of hire is not the only inequitable practice that will challenge an organization’s ability to acquire talent in a more diverse culture. The status quo in talent acquisition is that women are hired for their experience while men are hired for their potential.

It’s Time for a Revolution in Talent Acquisition

The dearth of women and racial minorities, particularly in technology jobs and industries that will define the future, are significantly impacted by an unconscious bias held by hiring managers to acquire talent that looks like the person they see in the mirror. Yet, as the fourth industrial revolution matures, the power balance between hiring managers and the applicant pool will shift. In addition to the continued importance of digitalization, large global brands are at risk from smaller businesses with talent acquisition practices that better meet the desires of the gig economy and traditional applicants who place value on workforce composition. “Diversity is becoming a base requirement for companies to offer. The workforce is actively forcing this shift,” says Debbie Millen, chief operating officer at Globalization Partners.

Changes made in talent acquisition training and practices have failed to create cultures that truly embrace inclusivity. “Companies cannot do what they’ve always done in terms of recruiting talent and expect different outcomes,” says Nancy Cremins, chief administration officer and general counsel at Globalization Partners. “The training is not working because current systems are rife with unconscious biases.”

The general sentiment from business leaders is that traditional approaches will be obsolete in the near future. The only way to future-proof the HR infrastructure is to change how HR is done, says Sahin. There are 150 different unconscious biases impacting workforce-based decisions. This is particularly limiting when decisions are mostly informed by intuition that’s biased toward characteristics that do not represent potential or credentials. “‘Gut feel’ is inaccurate in helping us select the next great employees,” says Dr. Gabriela Burlacu, solution manager for diversity and inclusion at SAP SuccessFactors.

Supported by a cultural shift toward inclusive practices, the role of technology in disrupting talent acquisition will be a determining factor in business continuity. Evidence of the hard and soft positive impact of diversity at every level of the business has been proven through hundreds of research reports. Business leaders who transform the questions about diversity and inclusion from “why” to “how” will be in a better position to leverage innovations in recruiting marketing, talent-pipeline management, hiring and onboarding the best talent for the job, not just some of the best talent.

“The bottom line is that technologies are here and they can significantly improve a leader’s ability to make accurate, unbiased hiring decisions,” says Burlacu. Organizations have been testing the impact of technology solutions that help to accelerate cultural and practical change. From removing irrelevant data such as name, address and age-related information from resumes to embedding machine learning to detect and help remove biased language from job descriptions and performance reviews, to artificial intelligence to interrupt decisions often wrought with unconscious bias, the disruptive innovation at the dawn of the fourth industrial revolution is helping organizations accelerate material changes in talent acquisition from both the employer and applicant perspectives.