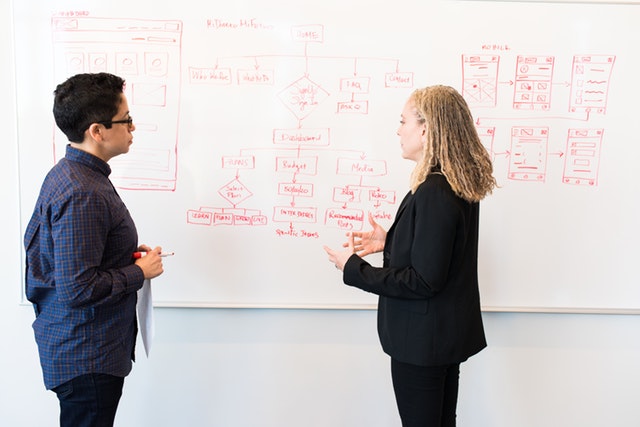 In June, my firm launched a survey with the goal of understanding the structure and makeup of the People function in startups.

For the purposes of our research, we defined the People function as the umbrella term for all the activities relating to employing people in your company. These include, among other things, recruitment, onboarding, training, compensation, performance management, and employee engagement.

There is a fair amount of confusion about titles and scope of responsibilities of the People function. We see this reflected in our data, with over 120 distinct job titles for roles in the People team.

This function could no doubt benefit from some standardization in titles. This would not only lessen the confusion around the scope of various roles but would also make it easier to benchmark compensation. For instance, we looked at “Head of People” salaries at 17 European startups, and the range was between $60,000 to $230,000.

In Europe, Series A companies are more pre-hire focused
For this analysis, we divided the People function responsibilities into two parts: pre-hire and post-hire. Pre-hire is everything that goes into finding and converting candidates into employees — employer branding, planning, recruiting, interviewing, etc. Post-hire is everything that comes after that — onboarding, talent development, employee engagement, performance management, and so on.

Looking at the time and budget allocations, early indications are that European startups are more focused on pre-hire compared to their U.S. counterparts. In our view, these two parts are equally important. As the company scales past 50 people, neglecting post-hire needs will have a direct impact on the bottom line in the form of lost productivity and attrition.

In a 2016 survey, Gallup found that business units with higher employee engagement scores had 10 percent higher customer loyalty, were 21 percent more profitable, and produced 20 percent more than those with less engagement employees.

Size of the People team is disproportionate
Our data showed that People teams tended to stay small in proportion to the organization as a whole. Combine this with the fact that most of the People teams we interviewed were severely understaffed and overworked, and we begin to see a problem. From what we know of the People team’s responsibilities, it is easy to see that a team of three will be overwhelmed taking care of 150+ employees in hypergrowth.

We looked at People teams overall as well as the number of recruiters specifically.

The assumption here is that recruiters are mostly focused on pre-hire, although some may have post-hire responsibilities.

In our quest to understand why the People team is not thriving, we have uncovered three underlying challenges:

1. Underinvestment. The People function is often viewed as transactional and administrative as opposed to transformational and additive. Viewing the function as such has led companies to strive to minimize its cost instead of maximizing its impact.

This underinvestment in the People function translates into under-resourced teams, leading to slower hiring and lower productivity. These poor outcomes make it difficult to justify bigger budgets, and the vicious cycle continues.

2. Misaligned expectations. People teams are often victims of misaligned expectations and lofty goals. In a recent article, Chief People Officer of Couchbase, Jessica Yuen, wrote, “The expectation for a CPO needs to be reframed to focus on what’s realistic for one person to achieve within the context of the team and budget. If not, the People leader ends up busy with tactical issues, and strategy is deprioritized. The consequence? The CEO isn’t getting the value from their senior leader, and the senior leader is dissatisfied because they anticipated a strategic role.”

This misalignment at the top trickles down to the team. Combined with budget constraints, it makes for a tough environment to succeed in.

Emplify, a two-year-old software startup that helps companies track employee satisfaction, today announced that it has raised a $7.5 million round of financing.

The round was led by New Jersey-based growth equity investment firm Edison Partners, with participation from a pair of Midwestern VC firms — Indiana’s Allos Ventures and Missouri’s Cultivation Capita. Headquartered in Indianapolis, Emplify had previously raised a $3 million seed round.

Traditionally, companies have measured employee engagement in one of two ways — either they take on a do-it-yourself mentality and send out a questionnaire via Survey Monkey or a similar platform every year or they hire a pricey consulting firm to do the work.

Emplify aims for the middle ground — its software allows companies to survey their employees quarterly, but it also assigns customers an “employee engagement specialist” who regularly checks in and makes suggestions about where to improve.

Companies that use Emplify start by sending their employees a six-minute survey they can fill out by email, SMS, or in Emplify’s app. The survey asks employees questions such as how well they understand their role within the company and how often they receive feedback. Emplify then generates an overall “employee engagement” score.

Companies are also able to segment data by department, location, tenure, gender, and ethnicity, among other factors. Each quarter, businesses can use Emplify’s software to solicit employee suggestions in areas they’d like to improve, work with their assigned coach to come up with a plan of action, and then track how much of a difference those changes made in terms of improving employee satisfaction in that area.

In a phone interview with VentureBeat, Emplify CEO and cofounder Santiago Jaramillo pointed to a few trends he believes highlight the need for software like Emplify that can track employee happiness over time — a tighter U.S. labor market, a greater tendency among younger employees to change jobs more frequently, and the rise of distributed teams, which limits the amount of in-person feedback companies can get from their employees.

“What we’ve realized is that company leaders out there don’t have data or strategy for the thing that matters most, which is people and culture,” Jaramillo said. “They literally find out why people are leaving at the exit interview — which is way too late.”

Given that many companies don’t allocate a lot of resources to employee surveys, Emplify faces an uphill battle in not just getting companies to sign up for its software but also in encouraging them to regularly make time to track their workers’ satisfaction. Currently, Emplify has more than 200 customers, including motorcycle company Harley Davidson and B2B company Terminus. Jaramillo said Emplify’s typical customer pays anywhere from $10,000 to more than $100,000.

With this new round of funding, Emplify is also announcing the rollout of a new partner program with select talent management and consulting firms, which will get access to some of Emplify’s customer data.

In Europe and even in some U.S. hubs, startups have a hard time hiring great people into their People teams. There simply aren’t enough exceptional recruiters, HR specialists, and People leaders with startup DNA and scale-up experience.

This is not an easy problem to solve. The scarcity is partly due to the negative perception of HR and the low salaries, which are deterrents for high caliber talent. Moreover, the low barrier to entry into the field, inflated titles, and ambiguous roles have created a gap between perceived skills and actual ability.

In other words, when we bestow a “Head of People” title on a recent grad with two years of experience as an office manager, we devalue the expertise required to earn a “Head of” role and widen the compensation band. This is bad for everyone, especially the people pursuing a career in this field.

These challenges will not go away overnight. But as a starting point, it is worth considering the vital role your People function plays in building an exceptional team of highly motivated, engaged employees. With that new perspective, we can begin to raise the bar and compensation levels to make the roles more attractive to a wider talent pool.

Why does this all matter?
Of the million things that founders have to worry about, why should they care about the People function? Because getting the best people to do their best work for you is vital to success.

Note that there are two parts to this: Hiring the best people, and enabling them to do their best work. Doing this requires deliberate attention and expertise. As the company grows, the founders are less likely to have the expertise or the attention required.

Organizations need to be just as carefully engineered as products. You cannot build a great product with a poorly resourced engineering team. So why expect to scale a world-class organization without a well-resourced People team?

Kiana Sharifi is head of talent at Balderton Capital.