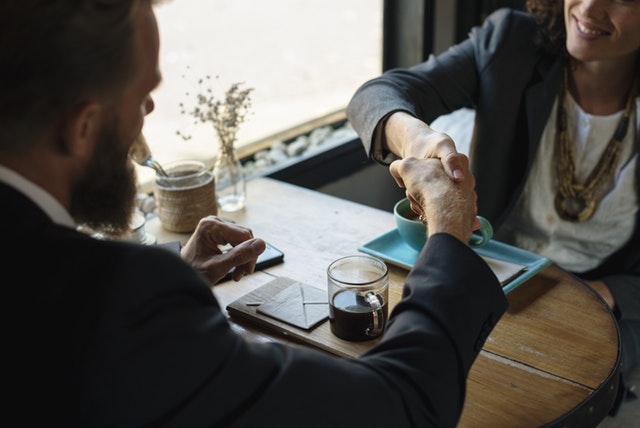 I wrote recently about the one question that Salesforce asks during every job interview.

Since then, as sometimes happens, I’ve talked with some readers who made me think about what I’d written. And I realized there’s another important angle.

In this case, it’s a perhaps underappreciated reason why your company should think about copying the Salesforce question: because doing so could save you money in the long run. Maybe a lot of money, actually.

The question itself, revealed by the company’s chief people officer, Cindy Robbins, in a recent blog post, is six words long.

The phrasing is important. It’s the part of the interview where you ask the job applicant about salary.

The words to use are: “What is the compensation you expect?”

Keep it legal. But also…
In her blog post, Robbins explains why Salesforce starts this discussion with the six-word question, instead of asking for salary history.

It’s because asking for history pegs potential new compensation to the employee’s old compensation. Off the bat, it’s against the law to do that in a growing number of states and municipalities.

As I wrote the other day, there’s also the argument that “you should pay people what they’re worth, if only for the pragmatic reason that if they’re good employees, they’ll be costly to replace.”

But I’m now convinced I’ve missed something else, and I want to add it to the discussion.

Fake Social Proof
Stripping out all the arguments about legality and social good, I can see how a company trying to keep payroll down might be tempted to peg a new employee’s salary to what he or she made before.

But let’s see how it works in practice. Imagine you’re hiring two people for similar positions. Your top two candidates are Sally and Peter. You want them both, and ideally you want to keep the salary under $100,000 per new hire.

Now imagine the other candidate is Peter. Same position, equally qualified and interesting to you on paper. But Peter’s current salary is already $100,000.

You look at that number. Maybe you verify it somehow. And you conclude, hey, at least somebody else thinks he’s worth $100,000. You conclude that if you do want him you have to offer more than you’d planned. Maybe $115,000 to pull him away.

We hear people throw the term “fake news” around; I think this is more like “fake social proof.” You’re no longer out there on your own, trying to assess what a job applicant is worth.

You’re instead substituting someone else’s judgment for salary, and digging deep into the negotiating history of your best candidates’ earlier jobs.

Savings now, resentment later
There’s one more reason. It’s related. It’s that if you peg employees’ compensation unfairly to their previous positions, you risk compounding the disparity down the road. That will rarely end well.

Suppose Sally and Peter both take the job. You pay Sally $85,000 and Peter $115,000, pegged to what they made before. (By the way, I intentionally made the lower-paid employee a woman and the higher-paid one a man. There’s a gender pay gap; it’s how this usually manifests.)

Or else you decide that’s not fair, and so you try to make them whole. You give Sally a bigger raise or bonus than Peter.

They find out. (Of course they’ll find out.) No matter which path you choose, no matter how much they might say they understand–they’d both have to be pretty big people not to feel resentment.

Regardless, you’re back at stage one, interviewing all over again.

This time, copy the six-word question. Pay the extra compensation if it’s warranted. You and your company will make it back in multiples, simply by avoiding this kind of problem.