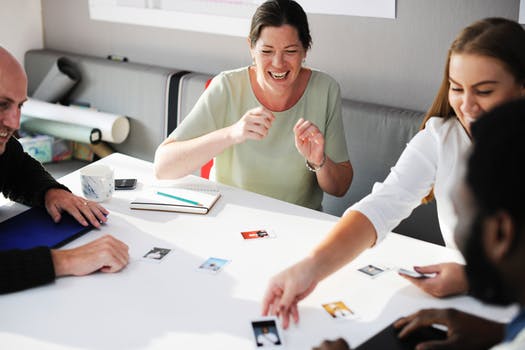 Just because you may know your worth doesn’t mean you know how to ask for it. Asking for the salary you want can be a stressful negotiation at any stage of your career. We know that our starting salary in one job can set the tone of how much we earn in another. No one wants to have a botched salary negotiation follow them throughout their career.

To get the best possible outcome for your paycheck, you need to arm yourself with knowledge about best practices. As part of your battle preparation, consider the advice of Bozoma Saint John, a powerful brand executive who has been given the monumental task of re-hauling Uber’s tarnished brand image:

Prior to working at Uber, Bozoma Saint John ran advertising for Spike Lee and worked as an Apple Music executive. In a CBS interview after being hired at Uber, she shared her best tips for salary negotiation with Gayle King.

“Give the number first,” Saint John, the Chief Brand Officer at Uber, told King. “Make it high as hell because then you can be lowballed.”

Saint John’s advice is backed by science that finds that the first number given in a negotiation becomes the anchor for the rest of the conversation. Take control of your career by putting down the first anchor.

Of course, before you can shoot your shot and aim for the salary of your dream, you need to do a reality check of what are industry standards for your salary. Before giving a high number during negotiations, Saint John advises employees to walk in prepared: “Do the work. Don’t just call a number out of the sky.”

Discussing salaries can be difficult, but ask trusted colleagues what they are earning, so that you can have a ballpark number of what you should be earning. And if your colleagues are not forthcoming, turn to the internet: The Bureau of Labor Statistics has average salary data for over 800 occupations. And in some industries like media and entertainment, employees are sharing anonymous salary-transparent databases online.

Knowing what numbers your peers are earning allows you to shoot above them, Saint John says: “Know the range and then exceed the range, because then you negotiate down just a little bit. But if you allow someone to give you the number and it’s too low, there’s no way for you to go back up.”

3) Bring your whole self to the table

Doing the work is not just about the research and stats you learn, but it’s also about how you present this information. You may think you need to perform as someone else to do the work, but to get rewarded with the salary and job you want, you need to discuss your unique attributes.

For Saint John, doing her job well means not playing games and being her whole self at work: