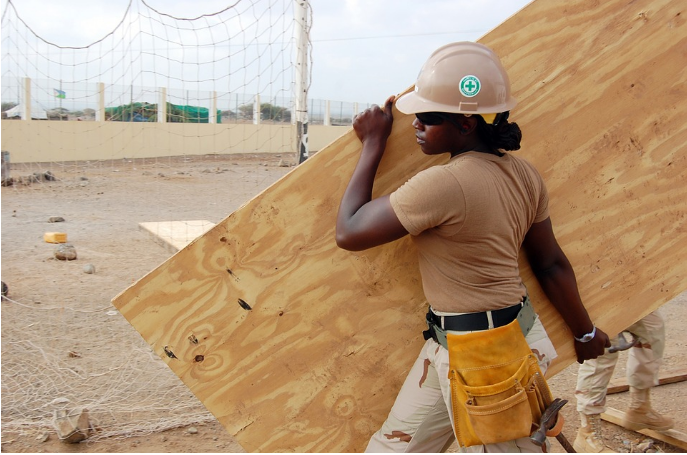 From switchboard operator to film projectionist, three industrial revolutions down and we’ve already seen many jobs wiped from the face of the Earth. Emerging technology is rapidly dispensing P45s, pink slips or termination letters to the next round of workers. More than half the global labour force will need to start reskilling and reinventing how they earn a living in the next five years, according to the World Economic Forum. Millions of roles will be lost, equally many more will be created.

As the job landscape evolves, so does uncertainty over the expertise that will be needed. “It’s becoming increasingly difficult to predict the skills which organisations will need in the future, so reskilling has become more important,” says Lizzie Crowley, skills adviser at the Chartered Institute of Personnel and Development (CIPD).

So who’s responsible for the skills reboot? Government, individuals, industry and businesses all must play a part in a successful transition into new, yet to be developed, jobs. Our workplace ecosystem will also need to pull together to make employment function properly in the rapidly digitalised global economy.

“Future employment is one of the hottest topics of our time,” says Thomas Frey, senior futurist and executive director of the DaVinci Institute. Here’s a look at who’s accountable.

WORKERS: are employees responsible for reskilling themselves?
Individuals must acknowledge the inevitable changes that are happening. In the 21st century, the responsibility is shifting to workers, more than any other group. Personal employability will be a key driver in the future.

“We are entering a new paradigm where people are now in charge of their own employability; that’s a huge disruption,” says Jean-Marc Tassetto, ex-head of Google France and co-founder of Coorpacademy. “We used to think employers, unions or government were in charge of reskilling. It no longer works that way.”

Employment in the age of rapid automation relies heavily on continual skills development, especially as more traditional roles become augmented by new tech. “The individual has to be willing to take the first step and embrace change. If workers want to future-proof their careers, they need to evolve,” says Chris Gray, brand leader at Manpower UK.

It will be less about what people already know and more about their capacity to learn, . Jobs will be defined by what value workers offer up and produce for a company, rather than job titles and backsides on seats.

“The new skills required to embrace these rapidly emerging technologies is creating a widespread talent shortage already,” says Mr Gray. This is where lifelong learning becomes crucial, so workers can easily adapt to subsequent waves of disruption.

“By 2030, the largest company on the internet, larger than Google, Apple and Facebook, will be an education-based company that we haven’t heard of yet. Education remains the largest online opportunity that nobody has cracked the code for yet,” says the DaVinci Institute’s Mr Frey.

EMPLOYERS: invest in reskilling initiatives or risk losing talent
Here is a dire warning for business: if you don’t invest in the employees will go elsewhere. With a bottleneck in the talent pipeline, attracting and retaining the best people will be crucial.

“We are entering an unusually creative period of human history. Those who embrace this kind of change will prosper and companies that study and embrace this fluid ‘jobscape’ will build flourishing enterprises in the years ahead,” says Mr Frey.

It doesn’t help that each new deployment of tech, each shift in business down the digitised pathway,. “The accelerated pace of innovation and diffusion of technologies will constantly require new skills,” says Olga Strietska-Ilina, senior skills and employability specialist at the International Labour Organization.

Businesses will need greater foresight and to invest heavily, realising that pumping money into training today will drive a return on investment tomorrow. “Employers must prepare themselves for changes in the world of work by putting learning and development opportunities right at the heart of their organisation,” says the CIPD’s Ms Crowley.

It is certainly the time of the CLO, the chief learning officer, to shine in every organisation. “The key change is that training now becomes strategic. It’s also about the impact training will have on the overall competitiveness of an organisation, which was not the case a few years ago,” says Mr Tassetto at Coorpacademy.

GOVERNMENT: reskilling projects can future-proof the UK workforce
Those in power have a vital role to play in the coming years. Governments can set the tone for upskilling workforces and moving whole economies up the value chain. France, for example, supports learning through a personal training account, which works like healthcare provision. This entitlement allows people to upskill; language and IT courses have been the most popular. This scheme guarantees time away from work to reskill.

Governments beware: it doesn’t help that the, with its focus on emerging technologies, has t. This is where policies and law-making can really make a difference.

“There’s little evidence of any workforce planning by the UK government for future impact. There is definitely a problem with precarious contract work, where organisations transfer the risks of employment, careers and skills development away from the core and on to workers,” says Professor Adrian Madden from the University of Greenwich’s Business School.

Certainly, public funding will be crucial. Reskilling and upskilling needs sizeable investment from government, including tax breaks, co-financing with private organisations, grants and incentives, as well as a functioning system of skills recognition in the digitalised era.

“Specific training measures will have to address all this, as well as disadvantaged groups. If this does not happen, the risk is there will be a new digital divide and growing inequality. Access to newly created technology-oriented jobs largely depends on access to education and reskilling opportunities,” says the International Labour Organization’s Ms Strietska-Ilina.

INDUSTRY: sector-specific skills guidance will be essential in the future
Industry bodies, along with education establishments, also have to step up to the mark when it comes to skilling the next generation of workers. “There needs to be a combined effort to provide industry-specific guidance on the skills that will be in most demand, so workers can decide on the options that are right for them,” says Manpower UK’s Mr Gray.

In each sector of the economy and in academia, establishments and organisations should be adjusting how they teach the future workforce, so they offer up skills that are relevant to the digitalised era. The education system needs to be fit for purpose.

This will also involve reorganising systems of study and training, so they are more receptive to learning throughout life and funded accordingly. Front-loading young people with a single lifetime qualification will no longer be effective.

“The average person entering the workforce in 2030 will have to plan to reboot their skills eight to ten times throughout their working life. Reskilling needs to become super-efficient,” says Mr Frey.

“The skills that will be most in demand in the future will also be some of the hardest to train: resilience, resourcefulness and flexibility. In addition, having a solid understanding of how to better manage the encroaching demands of our online existence with skills such as distraction and tech management, relationship management, opportunity management, and just staying relevant.”

There’s a lot of work to be done.