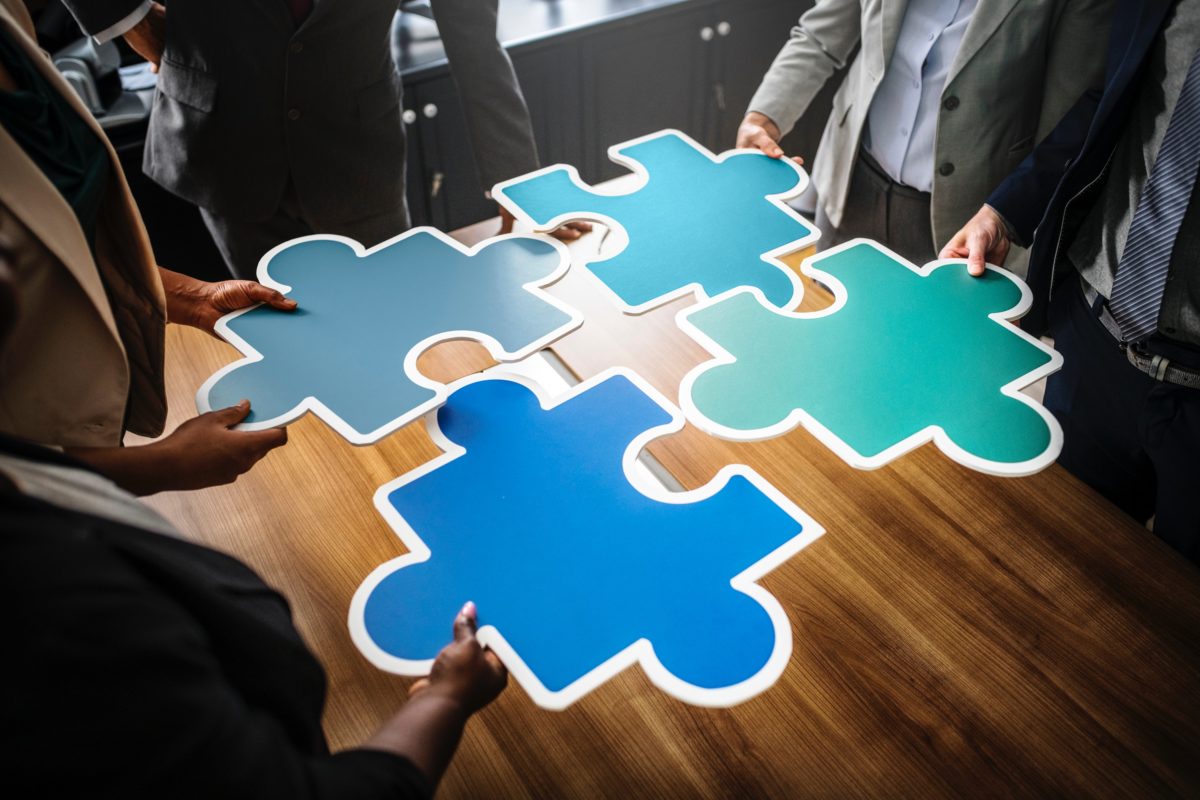 How to handle religion in the workplace is a contentious and litigious issue that many business leaders struggle with. The subject is so third-rail hot that even Harvard Business School has devoted relatively few courses and case studies to it.

“Religion and business is considered one of the last taboos,” says Senior Lecturer Derek van Bever. “Our students have been asking for it because they see very clearly that they will be in positions of global leadership where they will have to deal with it.”

To fill that need, van Bever wrote the case study Managing Religion in the Workplace, using two high-profile cases of religious discrimination that were argued before the U.S. Supreme Court in recent years: one about a young Muslim woman who battled Abercrombie & Fitch for rejecting her job application because she wore a hijab for religious reasons; and the second about a baker whose religious beliefs compelled him to refuse to design a cake for a gay couple’s wedding reception.

Both incidents arose from rather routine work situations that many businesses face, but when religious beliefs clashed with business principles, hurt feelings led to legal battles that dragged on for years.

The two cases have raised questions for business owners and managers to contemplate. For example, should companies change their dress codes and even their brand identities to accommodate religious garb? Can owners of small, private companies reject customers based on religious convictions? These tricky questions might make anyone squirm with all of their murky ambiguity, but van Bever believes today’s business leaders need to start preparing clear answers.

After all, the number of religious discrimination complaints has increased by more than 50% in the past 15 years, and settlement amounts have more than doubled, according to data collected by the U.S. Equal Employment Opportunity Commission.

“My guess is that most companies don’t have a written policy that articulates how to handle religion in the workplace in a way that’s instructive for management,” says van Bever, a graduate of Harvard Divinity School. “You want to make sure your organization has policies in place and they are being communicated so people on the front line don’t have to decide how to work through these issues and make things up in the moment.”

Sporting goods retailer Abercrombie & Fitch, founded in 1892, blossomed after being acquired by The Limited in 1988. Under the direction of CEO Michael Jeffries, the company held onto a hint of its hallmark safari style while putting a greater emphasis on casual clothes and ballooned to more than 1,000 stores worldwide, with revenues exceeding $3.5 billion by 2008.

Central to marketing the clothes was a dress code for employees that Jeffries called “The Look,” which has been described as a classic East Coast collegiate style. That style dictated how salespeople, known as “sales models,” styled their hair, the look of their fingernails, their body type, and the sandals they wore. Shirtless, tan men known as “lifeguards” were placed conspicuously near store entrances because “good-looking people attract other good-looking people, and we want to market to cool, good-looking people,” Jeffries said in a 2006 Salon interview.

In 2008, 17-year-old Samantha Elauf felt confident she had nailed her interview for a salesperson position at an Abercrombie & Fitch store in Oklahoma, especially after a manager told her she’d receive a call in a few days about orientation. But then, nothing.

A friend who worked at the store did some digging into her application and found out a senior manager had blocked Elauf from being hired. The reason: He said the headscarf she wore as a symbol of modesty in her Muslim faith clashed with the store’s dress code. “No one had ever told me that I could not wear a headscarf and sell clothing,” Elauf is quoted as saying in a 2015 New York Times story. “… This was shocking to me.”

The Equal Employment Opportunity Commission joined Elauf in a complaint against the company, and they prevailed in the first court hearing, but Abercrombie won on appeal, with the court saying that Elauf should have spoken up about her need for an accommodation that conflicted with the store’s policies.

Once the case reached the U.S. Supreme Court in 2015, Justice Antonin Scalia said, “This is really easy.” He announced the court was siding with Elauf 8 to 1, ruling that under Title VII of the Civil Rights Act of 1964, it’s illegal to “fail or refuse to hire or to discharge any individual, because of such individual’s race, color, religion, sex, or national origin.”

The ruling should spur business leaders to reflect on whether their own branding practices might discriminate against certain workers, van Bever says.

“I assume a lot of companies would be sympathetic to Abercrombie because they want to be clear from a brand perspective about the profile they’re putting forward in terms of whom they hire,” van Bever says. “But employers need to understand that where that runs into trouble is when their business prerogative conflicts with a person’s fundamental religious rights.”

Written policies should be careful to respect a range of religious expressions. Take the case of auto parts retailer AutoZone, which agreed to pay $75,000 for telling an employee he couldn’t wear a turban to work after converting to Sikhism.

“Companies need to check their posture. They would never ask someone, ‘Do you have to wear that cross around your neck?’ Being aware that disparate treatment itself is discrimination is something a lot of companies haven’t caught up with today,” van Bever says.

The courts have found that companies don’t have to agree to all religion-related requests from employees, but they do have to make an attempt at a reasonable accommodation. If an employee can’t work on the Sabbath, the employer should see if someone else could cover that day.

“You have to prove to the court that you heard the employee out, and you made an offer of reasonable accommodation,” van Bever says. “You can’t do as Abercrombie did and just say, ‘no caps.’”

In the second situation in van Bever’s case, Jack Phillips, founder of Masterpiece Cakeshop in Lakewood, Colorado, told Charlie Craig and David Mullins he would not make a cake for their same-sex wedding reception because it would communicate a message that contradicted his Christian convictions. Phillips, who had previously turned away requests for cakes to celebrate Halloween, lewd bachelor parties, and divorce parties, suggested the couple buy one of his premade cakes instead.

Angry and hurt, the couple brought suit against Phillips with the Colorado Equal Employment Opportunity Commission, accusing him of violating the state’s anti-discrimination law, which prevents businesses that sell goods to the public from denying service because of a customer’s sexual orientation. The Colorado Civil Rights Commission joined the lawsuit.

Phillips claimed a First Amendment right to free expression, saying he considered himself more of a cake artist than a baker.

The Colorado EEOC ruled in favor of the couple, and the Colorado Court of Appeals upheld that ruling. When Phillips appealed, the U.S. Supreme Court took the case. Almost 100 organizations filed amicus briefs with the court, weighing in on one side of the issue or the other.

“This isn’t about a cake,” Craig said in a statement before the Supreme Court hearing. “It isn’t about weddings—it has never been about weddings. We all desire fair and equal treatment, and that’s why we’re here today.”

The Supreme Court justices asked a lot of questions, like: Would wedding invitations, floral arrangements, or catered meals also be considered “speech”? Justice Neil Gorsuch summed up the difficulty in balancing the First Amendment’s free speech clause against nondiscrimination laws by asking counsel the simple question, “How would you have this court draw the line?”

Ruling in December 2017, the justices sidestepped that broader issue by ruling 7-2 in Phillips’ favor on a narrower point, saying the Colorado commission’s decision should be overturned because the group had shown inappropriate hostility toward Phillips’s religious views.

“The court punted,” van Bever says. “But this will continue to come up, so, at some point, they’re going to have to make a call.”

For now, the lack of clarity is likely to leave many business leaders confused. In van Bever’s Leadership and Corporate Accountability course, discussions are heated.

“This is when right meets right,” van Bever says. “But we talk to students about how a leader’s job is fundamentally to make decisions in the gray. And through a discussion, if both sides can start to see the wisdom of the other, that’s a victory.”

The law spells out some rules of the road for business leaders to follow: Companies can’t discriminate against protected classes, and they have to provide reasonable accommodations for people’s religions.

But a subtler lesson can also be learned from both cases. If employers make sure people feel respected, van Bever says, that might prevent a situation from escalating to becoming the distraction, financial expense, and reputation risk that both of these cases devolved into.

“In both of these cases, people felt offended. The gay couple felt offended to be seen as sinful. The Muslim woman felt she was being attacked. In some ways, Abercrombie did what companies do every day—they turn people down because they’re not the right fit,” van Bever says.

“But you also have to keep people’s feelings in mind. If you imagine that you’ll be able to behave with brusque disregard for people and continue to grow as a company—guess what? It all could get yanked out from under you.”