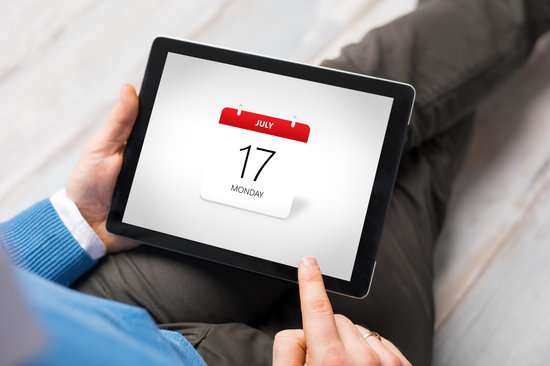 CEOs know that making organizational change stick requires convincing big groups of geographically dispersed people to think, act, and approach their work differently. And this is devilishly hard, as human beings are motivated by many things, have different fears and aspirations, feel varying levels of empowerment and commitment, and tend to be reluctant to change in the first place. Undifferentiated approaches that don’t carefully consider employees’ mindsets will fall flat and may even breed cynicism that saps morale and undermines progress.

The good news is that when it comes to personalization, senior executives have plenty of inspiration, courtesy of analytical pioneers such as Instagram, Netflix, and Spotify, all adept at tailoring products to meet individualized preferences via apps and other easy-to-use digital platforms. A large global manufacturer’s ongoing experiment in tech-infused mass personalization shows how this thinking can be applied to organizational change. The company’s experience suggests how smart combinations of digital technology, analytics, and behavioral science can make change more inclusive and persuasive—and help employees unleash their enthusiasm in ways not possible otherwise. The key is to use the available tools to better understand people and meet them where they are—a guiding principle that’s equally relevant for implementing long-term change and for leading a remote workforce through the current disruptions caused by the COVID-19 pandemic.

For a few years, the manufacturer had tried with limited success to implement cultural changes across a key region’s 7,000-strong workforce—for example, by promoting behaviors it hoped would break down silos, empower and motivate frontline workers, and bolster performance. Now the CEO wanted a fresh start. An assessment highlighted places where the company’s organizational health was poor or needed strengthening. From these areas, senior leaders focused on three management practices: operational discipline, inspirational forms of leadership, and the use of rewards and recognition to better motivate employees.

Undifferentiated approaches to change that don’t consider employees’ mindsets will fall flat and may even breed cynicism.

The company then formed a team to translate these broad cultural goals into specific mindsets and behaviors that would both generate the desired organizational outcomes and also help employees better understand how they personally contributed to the improvement. For example, the manufacturer wanted employees to think of operational discipline as everyone’s job. One tangible way to promote this would be to encourage shop-floor operators and supervisors to consciously review the company’s “golden rules of safety” before every shift. Likewise, the company sought to instill a mindset of valuing continuous improvement and celebrating small victories. One way of doing this would be to encourage people to speak up immediately when they saw a colleague do something positive (a motivational take on the mantra “if you see something, say something”).

Clear the roadblocks
The team now had a discrete set of behaviors they wanted to encourage. But they knew that to do so effectively, they needed to meet people where they were—they couldn’t simply tell people to change. The team needed to address any mindsets or beliefs that could act as barriers. Lessons from organizational psychology and behavioral science helped identify a range of potential roadblocks, and an assessment survey of employees and subsequent analysis to spot patterns in the data helped the manufacturer isolate the most prevalent roadblocks to tackle. While the roadblocks themselves touched upon several factors (for example, employees’ beliefs about whether a given behavior is part of their job or conflicts with their personal values) the roadblocks broadly fell into three types (exhibit): “I’m not allowed,” “I can’t,” and “I won’t.”

We strive to provide individuals with disabilities equal access to our website. If you would like information about this content we will be happy to work with you. Please email us at: McKinsey_Website_Accessibility@mckinsey.com
Company leaders quickly saw how roadblocks could prevent employees from adopting beneficial behaviors. For example, the manufacturer had long encouraged supervisors to take “gemba walks”—visits to the shop floor that help spot production issues and encourage useful conversations with frontline workers. Yet the analysis showed that many supervisors didn’t prioritize the walks or make time for them, in part because they thought the culture didn’t truly support them using their time this way and also because they worried they’d be bombarded during the walks by new problems they couldn’t handle.

Make it personal—at scale
To address the roadblocks most effectively—and advance the transformation’s broader goals—the team ran a pilot project involving 500 employees. The goal: serve up a rich mix of daily content (videos, text-based messages, and short quizzes) all designed to encourage employees to embrace the changes personally. The content was delivered via mobile-phone app in order to make the most of employees’ existing preferences and habits; moreover, the app’s content was tailored for both frontline operators and supervisors, as well as for different shop-floor locations inside the facility. Crucially, the app’s algorithm paired the tips, reminders, and suggestions it delivered to employees with the roadblocks they reported experiencing. Periodic web-based quizzes provided data that showed the degree to which employees experienced the roadblocks, and gauged progress overcoming them. The result was, essentially, a customized development plan that supported a range of personalized interventions and that could be optimized in real time.

A supervisor we’ll call Heloisa,1 for instance, reported having difficulty finding the time to give feedback to her team of operators. When she opened the app, she was prompted to watch a short video of her colleagues discussing how important they felt it was to receive feedback. Then, a few days later, Heloisa received a push notification explaining practical approaches for delivering quick, effective feedback. Meanwhile, a frontline operator we’ll call Juan was resisting giving feedback because he felt that doing so would hurt his relationship with his coworkers. When he accessed the platform, among the content bits he received were messages to help him realize the importance of constructive feedback in establishing a safe and efficient workplace.

Six weeks into the change program, Ana reported a significant shift in how frequently she recognized others—a testament to the skills she developed through coaching.

In addition to clearing roadblocks, the platform helps employees reach the program’s broader cultural goals. A supervisor we’ll call Ana, for instance, wasn’t recognizing the small, daily victories of her colleagues, largely because she didn’t feel she had the skills to do so. When she engaged with the platform, she received bite-size exercises and coaching to help build this capability. Six weeks into the change program, Ana reported a significant shift in how frequently she recognized others—a testament to the skills she developed through the coaching and an improvement directly linked to a management practice (“rewards and recognition”) that the company was prioritizing.

Manage for impact
The team manages the app in conjunction with the same centralized “transformation office” that leads the broader change effort. This gives senior executives an integrated view of where things are progressing or lagging. Dashboards show where participation rates on a module are down, or where employees aren’t retaining certain information, allowing the company to make adjustments in real time.

During the launch of the pilot, for example, the data suggested that some employees weren’t answering questions candidly; they were simply choosing the most optimistic-sounding responses to survey questions. The team updated the algorithm so that if users appeared to be answering questions in a pattern, a pop-up message reminded them that their responses were always anonymous and unlinked to the company’s HR systems (a vital message, and one that was communicated continually and in other forms). Responses to the roadblock assessment quickly became more realistic, which both confirmed the challenge ahead and gave the team confidence that employees increasingly trusted the effort and took it seriously.

Adding communal aspects to the app—the ability to post user-generated images, videos, and messages within the content feed, as well as sharing, tagging, and “like” functionality—encouraged more employees to interact with the platform and helped spur enthusiasm for the pilot. And, as more employees shared their stories, posted photos, and called out good behavior, it also reinforced the program’s goals (after all, people are more likely to follow through on behavior change when they commit to it publicly). Simple gamification, including the addition of “badges” for social posts, helped too. Indeed, as word of the platform spread and people became curious, employees who weren’t part of the pilot wanted in, and what was meant to be a test for 500 employees quickly expanded to allow all 7,000 employees to participate.

As word spread and people became curious, employees who weren’t part of the pilot wanted in.

The results of the three-month pilot have been encouraging, and the company is now rolling out the effort more broadly. Overall attainment scores suggest an average individual improvement of 10 percent against the three management practices the company is prioritizing. Improvements in some areas were rapid—with scores rising about 5 percent every two weeks over the span of the pilot. Meanwhile, the manufacturing unit involved in the effort enjoyed a 6 percent increase in production, an encouraging result that company leaders attribute to a combination of the pilot along with a focused effort to reinforce lean-management principles.

Importantly, employees inside the manufacturing unit report that the work feels different, as momentum for the program grows. Night-shift workers have demonstrated particular enthusiasm. Whereas before, change efforts might have seemed mystifying or incomplete to them—motivational posters appearing in the workspace overnight, companywide mass communications from leaders they rarely saw—now the goals of the program made sense. The platform has also improved their level of recognition in the company and their connectedness to the day shift, which is helping break down the silo mentality that worked against the company’s operational and safety goals