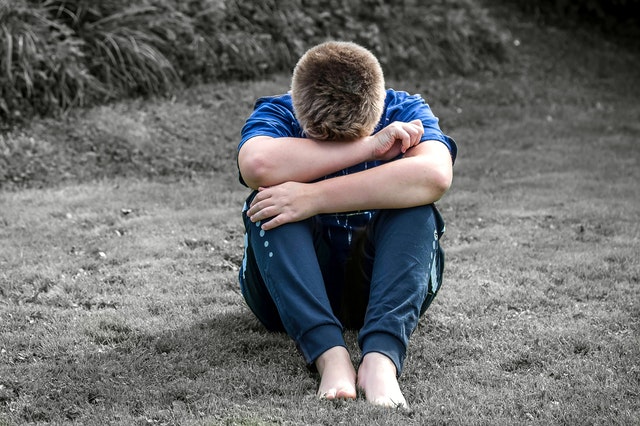 Last week, when Glassdoor released its list of the best places to work in 2020, two companies were notably absent from the top 10. Facebook, which has held the No. 1 position three times over the past decade — including in 2018 — dropped 16 spots to No. 23, and Google fell three spots to No. 11.

Glassdoor bases its rankings upon the quantity, quality, and consistency of anonymous employee reviews. To be considered for the list of the best large American employers, a company must have at least 75 ratings across eight workplace attributes — overall company, career opportunities, compensation and benefits, culture and values, senior management, work-life balance, willingness to recommend the workplace to a friend, and six-month business outlook — from the previous year.

While Glassdoor’s list is merely that — a list — and its importance should not be overstated, Facebook’s and Google’s declines should still serve as a signal to the leaders of both companies. Here are three leadership missteps that may have led to a decrease in employee satisfaction, and a subsequent omission from Glassdoor’s top 10.

Today In: Leadership
Facebook and Google have always had distinct cultures; in fact, they pioneered many of the workplace features associated with big tech. In recent days, however, it appears as though the cultures have not evolved alongside the companies. “Especially for these tech giants, as they continue to grow we’ve seen that sometimes culture can get diluted,” Amanda Stansell, a research analyst at Glassdoor, told the New York Post. “And while the culture at these companies is still really strong, there are some growing pains.”

Culture, indeed, is more difficult to control as a company grows — which is why it must remain a leadership imperative. As Glassdoor’s chief economist Andrew Chamberlain told Silicon Republic, “research consistently shows that culture is the leading driver of long-term employee satisfaction.” That said, ping-pong tables, laundry services, and free food are not enough. “[B]eing a culture-first organisation isn’t about expensive perks,” Chamberlain continued, “but about articulating a clearly stated mission that resonates with employees’ own aspirations.” Given the scandals that plagued Google and Facebook this year, it would not be surprising if employees felt as though the companies have abandoned their cultures and missions in the name of growth.

For further proof of the importance of culture, leaders can look to Amazon, a company with a famously toxic work environment. It has never appeared on Glassdoor’s list of the 100 best places to work, let alone in the top 10. It provides a stark contrast to Hubspot, the tech company that took the No. 1 position this year. There, co-founder and CTO Dharmesh Shah believes culture is the company’s “second product,” saying: “just like any other product development effort, building a great culture is all about getting candid feedback and iterating.” That is advice Google and Facebook should take to heart.

2. Not Aligning With Employee Ethics

Corporate ethics are of growing concern to employees, especially those from younger generations: In one study, 64% of millennials said they would not accept a job at a company with weak corporate social responsibility practices. This newfound expectation — that companies should align their values with those of their workers — has led to a growth in employee activism, and to public clashes between employers and their staff.

In June of this year, for example, Wayfair employees staged a walkout over the company’s selling of beds to migrant detention camps. At Facebook, employees wrote a letter decrying the company’s unwillingness to fact-check political ads. At Google, employees have protested a wide range of company actions, including its handling of sexual harassment cases, hiring of controversial figures, and contracts with Customs and Border Patrol and China. While it is, of course, impossible to please every employee, these events show that business leaders can no longer ignore the societal implications of their decisions.

Instead, they should place a premium on ethical business practices — which, in addition to being the right thing to do, can help the bottom line and increase engagement and loyalty among employees. “Humans are emotional beings and they buy-in to their workplace based on how much the purpose resonates with their own values,” Marie-Claire Ross, a trust leadership consultant, wrote on LinkedIn. When leaders, therefore, make decisions that run contrary to the values of their employees, they will likely see a decline in engagement, as was demonstrated by Google’s and Facebook’s falls from Glassdoor’s top 10.

When American employees trust their leaders, according to a study by the Trust Edge Leadership Institute, they are willing to work longer hours (21%), be better team players (25%), and be more loyal (23%). When employees do not trust their leaders, they are likely to leave the organization; in the study, “not feeling appreciated” was the only quality that ranked higher among reasons to quit. As David Horsager, the institute’s CEO, wrote: “In today’s economy, trust is the most valuable resource… Trust can accelerate, and mistrust can destroy, any business, organization, or relationship.”

At the moment, Google and Facebook are learning that lesson first-hand. Over the past few years, the most egregious mistake that the companies made was breaching the trust of their employees (and of the American public). Facebook founder and CEO Mark Zuckerberg did this when his company allowed Cambridge Analytica to harvest user data. Google’s leaders did this by performing a series of moves that have been seen as attempts to minimize employee voices, including altering communications policies, tracking meetings, hiring an anti-union public relations firm, and firing several activist employees.

For Google, this last action — completed just last month — has brought the most heat. Although the company claims the terminations were due to data security violations, and not as a punishment for organizing, the employees have filed a complaint with the National Labor Relations Board. At a recent rally, Laurence Berland, one of the fired staffers, said: “If we can’t speak up about these issues that concern us about our work, how can we ever hold ourselves and each other to the high standard that we need and the world deserves? Silence and secrecy are not the way for us to come together to solve problems.”

Berland is right. The leaders of both Google and Facebook need to hold themselves to a higher standard — not merely so they can once again pierce the top 10 best places to work, but more importantly, so they can once again become role models for the rest of the tech world. As Christian Sutherland-Wong, Glassdoor’s president and chief operating officer, told The Mercury News, we are entering a “culture-first decade in the workplace,” wherein top employers will place “culture, mission and employees at the heart of everything they do.”