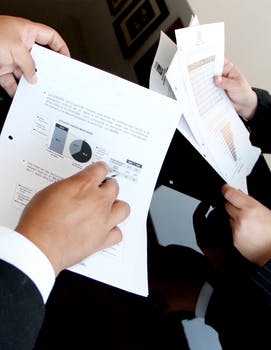 As the curtain closes on 2017 and the holiday euphoria envelops the workforce, it is also time to introspect on the work culture, and the gaps that emerged during the course of the year that need to be filled in the coming year.

No matter how much emphasis is laid on work-life balance, it still seems to be inadequate, mainly because no one seems to understand the millennial workforce. Well, a recent study claimed that millennials are ready to take a pay cut if it means an improved work-life balance. So how can you possibly turn the biggest workforce age bracket around in your favour? Read more about it here.

Another part of the discourse is gender parity, something many organisations refuse to indulge in. Maybe it has more to do with social training, but it’s about time the conversation was had in workplaces everywhere. Start with the basics of providing mentorship to women employees; this piece articulates the need succinctly.

All over the world, the idea of flexible work arrangements is taking roots, and maybe it’s about time you also gave it consideration. From making space for mid-day siestas to work-from-home options to shorter working hours, many companies have begun adopting steps to move away from the conventional (often redundant) office setup. If you’re still in two minds about how you can enforce it or what you stand to gain from it, then give this article a read.

Make team outings employee-friendly
Year-end celebrations are a great way to unwind, but by now you might have realised that is an overused and under-effective medium. Silos and “office friends” groups tend to exist not just within but outside the office cubicles as well. So such social gatherings mostly end up being an extension of office affairs, including politics, cosying up with the bosses, asserting power roles, and exclusion of introverts, to name a few. The only difference is likely to be a buffet and free booze.

It’s about time team outings are treated with more sincerity rather than as an occasion of merriment for one group and pain for the other. Take doing team off sites for that matter. Most turn out to be a pointless exercise, as there is more focus on taking work outside the office than letting employees have fun. If you want to read up on how to do team off-sites right, check out this article.

Focus on the engagement in employee engagement
Most organisations think they’ve untangled the “complex” knot of employee engagement, but therein lies their folly. To begin with, it is not really that complex; just know that ‘engage’ is the keyword in the discourse. Organisations often make a big deal about the topic; it’s important the implementation match the intensity of the stand taken/discussed.

Another article you can keep in mind is about stay interviews. A very simplistic process, stay interviews can give you an immense insight into employee turnover and the need for employee engagement.

Keeping office politics under wrap
If you ever wonder why your office work culture is going to the dogs, just take time to tune into the office grapevine. A ubiquitous aspect of our workspace lives, office politics is a weed that just can’t be uprooted. But there are ways to curb it or at least limit it, and this article will give you inputs on how employees can work around it.

Another factor that can rot the scheme of affairs in your office and bring down overall productivity is toxic employees. From ones that instil crab mentality to ones that refuse to toe the line, they are the apple you need to get far away from your office basket.

Easing the qualms of uncertainty
In the startup world, it is pretty routine to feel queasy due to the uncertainty that the future beholds. So here’s a fair warning: before you think about sweeping the issue under the rug, address it with your employees, especially if it is a matter which concerns them. You don’t want the issue to snowball and hamper your work culture, or even worse, lead to a massive exodus of your workforce.

If your company has decided to let go of employees, then you need to ease the feelings of doubt among the remaining employees. We discussed this subject at length in this article, so read on if you want to know how to engage in that conversation.

Even scaling and mergers and acquisitions can be a cause for concern went it comes to retaining existing work culture. Read on if want advice on how to go about the process.

As 2017 draws closer to a curtain call, it is pertinent that you reflect upon your startup’s work culture. Remember that the backbone of your organisation is not just the product or the profitability chart, but the employees on whose toil you will build your empire. So a healthy and active work culture is not that big a bargain. If your startup is looking to make that stride to be the best in the industry, these articles on work culture will ferry you across in the coming year.