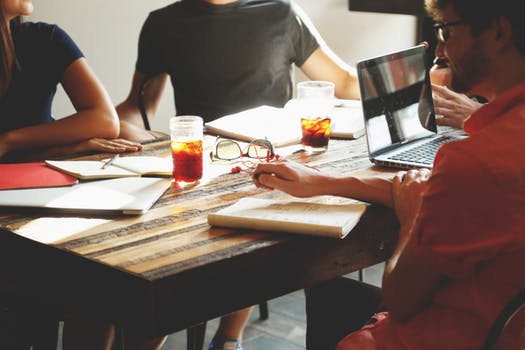 I have recently been struck by a set of observations regarding the way employees elect to utilize their immediate manager. A pattern has emerged that has a strong impact on both individuals and the organization for which they work.

Some individuals, at all levels of the organization and in different functional areas, choose to treat their manager as an unwelcome intruder. This is generally acted out in genteel and polite ways, but the outcome is the same. The individual’s relationship with their manager is kept at arm’s length. Any efforts the manager initiates to gain a better understanding of what is happening in their employee’s domain, or to provide coaching and guidance, are gently rebuffed or ignored.

In contrast, I experience others who see their manager (plus other executives in their organization) as assets whom they can utilize to augment their success. They seek for opportunities to float ideas, seek advice, and engage these individuals.

Each approach has a significant and extremely different consequence. My hope is that all readers will ponder their own predisposition regarding the relationship they are currently building with their immediate manager.

I have spent most of my career in the world of leadership development. One of the most powerful forces to becoming a better leader is the degree in which individuals involve their manager in planning, supporting, and being intimately involved in their journey to becoming a better leader. I have seen leaders who can’t wait to tell their manager what they’ve learned and what they plan to do in the future, following through with frequent conversations about their progress.

While seldom does anyone overtly expresses their plan to keep their manager at bay, in practice, some individuals do nothing to bring their manager into the picture. They talk with their peers and direct reports about what they learned and what they plan to do, but stop short of truly engaging their manager in any meaningful discussion about their personal development as a leader.

The outcomes of these two approaches are measurably different. At Zenger Folkman we have tracked the data regarding the degree of change a manager makes as a consequence of a development experience, determining that managerial involvement is one of the most powerful elements of success.

The employee who asks for and listens to feedback is far more likely to have a manager who is truly engaged. The consequence of that deeper engagement is a greater likelihood of the leader making important changes.

Zenger Folkman collects 360-feedback data describing the behavior of leaders, from senior executives to middle managers. Our global database now has over a million 360-degree feedback responses that pertain to about 80,000 leaders. We often ask participants two important questions to help them measure their progress:

If a company wants to greatly increase the ROI from their learning and development budget, then the immediate manager needs to be much more involved in their direct reports’ development. However, when we ask leaders to assess their efforts and success in involving their manager, they invariably give themselves low grades in making this happen.

2. Lately I’ve encountered several executives who privately admitted to stonewalling their manager. Worse yet, they tell their direct reports to hide information as well. These leaders prize their autonomy and believe that informing those higher up will invite greater micro-management. Inevitably, this forces those at higher levels to find other ways to keep informed, often via back channels that are less accurate and far less positive.

In contrast, I also see executives who seek opportunities to keep those above them fully informed. They use their manager as a sounding board for their ideas, taking advantage of their longer experience and battle scars. Their results speak to the wisdom of that strategy.

3. Some salespeople are more successful than others. A variety of factors combine to make a salesperson succeed: No one thing guarantees success. However, one consistent factor I have observed is that the most successful salespeople use every resource available, including their manager. They do not hesitate to involve senior people and company experts who can help them make a sale. Rather than keeping them at a distance, they consult with them and invite them to interact with important clients.

In contrast, the less successful salespeople are reticent to bring anyone else in. There is a time for independence and autonomy—but making a sale that could benefit both the company and the salesperson may not be the best time to emphasize “I want to do it myself.”

Determine to what extent you have been involving your manager in your development. Consider the following suggestions that every employee—no matter what level in the organization—could implement to utilize their manager more.

Actively seek feedback. If you’ve been sent to a development program, find out what your manager hopes you will gain from it. Seek their advice and opinions regarding major projects you’re working on.
Schedule regular sessions to discuss both your performance and your career. Ask simple questions, such as “What’s the one thing I could do right now that would improve my performance?”