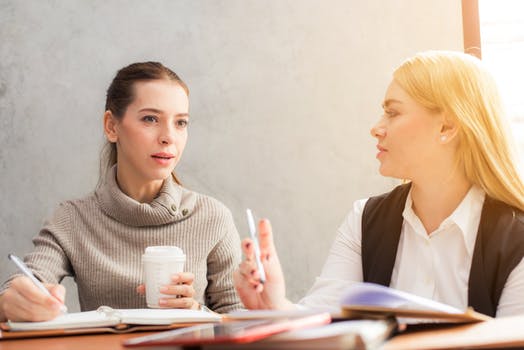 Providing one-on-one executive coaching is an expensive yet potentially powerful part of a leadership development strategy. It provides the opportunity for regular, targeted, individualized, and accelerated attention on a leader’s development goals. It offers a structure and safe space for consistent self-reflection and action planning, as well as a thought partner to provide support, reflective questioning, and feedback to move forward.

In my previous article, I provided a few things to think about when setting up an executive coaching strategy. Assuming you have a solid strategy in place, there are some things that the leader participating in the coaching must also bring to the table.

In my experience over the years—both as someone setting up and running executive coaching in large organizations and as an executive coach to hundreds of executives—the readiness of the leader being coached is an integral part of success.

The list of questions below is certainly not exhaustive, but covers four foundational basics required from the leader client to fully maximize the executive coaching investment.

Is the client someone who demonstrates high performance?
Executive coaching is not a substitute for good performance management in an organization. Formal coaching works best with high-performing leaders who are either preparing to or already transitioning to the next level or who are seeking to maximize their leadership impact and presence. The coach is not a management surrogate appointed to deliver performance feedback. While coaching should ultimately increase one’s level of leadership performance and results, it is not a “send them to charm school” solution.

Is the client ready, willing, and committed to the intensity and frequency of the coaching engagement?
A coaching relationship requires hard work from the leader. Since it is a goal-oriented process, there is much practice and application required between regularly scheduled coaching sessions. The leader must be ready and willing to make the coaching sessions a priority and participate in them on a regularly scheduled basis, as well as set actions and practice between sessions to obtain the most value. It’s the same as if one embarks on a fitness regimen—results will be minimal if the person doesn’t put in the work required.

Does the client understand what coaching is, and the coaching process?
There are so many flavors of the use of the word “coaching,” it is easy to have a preconceived definition of what coaching is intended to achieve. We often confuse or equate it with training, and have an expectation of merely being directed by someone during the coaching engagement. While executive coaching certainly does involve direct feedback, advice, and leadership tips, most of the engagement is designed around questioning to promote self-reflection and leader-generated action steps to move the leader forward. It requires internalization of feedback received from various assessment tools or interviews and a deeper self-reflection about one’s intentions versus one’s actual impact.

Is the client open and receptive to feedback?
Executive coaching is often feedback intensive. It can include data gathered from interviews from the person’s manager, peers, and direct reports and other assessment tools. Being open to listening to feedback from others, and not continuously rationalizing the reasons for comments received or the impact of one’s behavior, is critical for coaching success.
Executive coaching is an extremely powerful and potentially transformational leadership development endeavor. As with anything we are working to change or develop, success is largely dependent on our own readiness and true commitment.