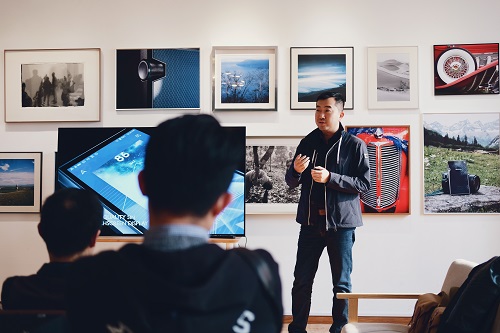 Praise from peers and bosses is a significant motivator, but most employees feel unappreciated and unrecognized. Making it easier for colleagues to provide feedback—positive and critical—can boost engagement and help employees connect their work to the company’s values.

Only 1 in 3 workers in the U.S. strongly agree that they receive recognition or praise for doing good work, Gallup found in 2016. In a 2015 study, Gallup reported that 67 percent of employees whose managers focused on their strengths were fully engaged in their work, compared with only 31 percent of those whose managers focused on their weaknesses.

But recognizing employees consistently has proved to be a challenge for many companies. It’s either done in an ad hoc fashion when managers remember to do so, during performance reviews, or when companywide programs are rolled out, requiring a lot of effort and leading to low adoption.

“The biggest problem companies say they have when introducing recognition technology is the hurdle of getting employees to use it,” said Ben Eubanks, the principal analyst at human capital management analyst firm Lighthouse Research and Advisory. From an HR standpoint, introducing new processes and systems and the change management around that can be a lot of work, experts said.

That’s where apps like Disco, Achievers and YouEarnedIt come in. Instead of requiring employees to log in to a system that’s separate from their daily workflow to praise a colleague, these tools are already integrated into workplace communication channels many are using, such as Slack, Yammer, Workplace by Facebook and Microsoft Teams.

Disco, for example, was built as a native integration with Slack, which has allowed it to build up to roughly 30,000 companies and around 3 million employees using the app in just three years.

“The advantage of tools that are integrated into the workflow is that feedback is instant,” Eubanks said. “If I want to thank you for a job well done on a project, it’s really easy to just click a button, assign you a star and recognize you, instead of having to set up a side conversation between us.”

Users say peer recognition boosts morale and can increase engagement and retention, and it’s especially helpful for teams that are decentralized and remote. Research shows that not only are the receivers of recognition more engaged, but the people giving recognition are also more likely to be engaged than the average employee, Eubanks said.

“There’s social validation when you give someone a star and kudos for doing a good job on something,” said Justin Vandehey, co-founder of recognition app Disco. Colleagues pile on with emojis, GIFs, custom cards and other words of encouragement, and these acknowledgments can be streamed across television screens around the office for everyone to see.

At Adobe, real-time feedback is a part of the everyday culture, said Nathan Stearns, senior manager of employee experience technology and operations. The technology has “allowed our employees a space to recognize each other in a fun and collaborative fashion while eliminating the feeling that it’s a task,” he said.

Of specific value to HR is the ability to connect the company’s values to recognition and feedback by setting up the values as emojis, which can be tagged when recognizing someone. As teams engage, analytics are produced on a dashboard, including how often values are being recognized across the company, which teams are building each other up the most, and who is offering the most or best feedback.

Being able to tie the company’s values to recognition and engagement was a key reason to begin a campaign to use Disco, said Dana Sednek, learning architect for talent development at Intuit, the software company behind TurboTax and QuickBooks. “Our leadership programs are tied to our values,” said Sednek, who intends to use the tool to “ignite a leadership culture” at the company.

Intuit started using Disco in August 2017 to improve employee engagement survey scores on recognition. A group of 10 IT managers and 60 employees went first. “They decided they wanted to find ways to recognize their teams for the good work they are doing. It had been difficult previously because they work remotely across the globe and connect mostly through using Slack,” Sednek said.

In the meantime, other departments have started using the tool and facilitating it on their own, unprompted. “When we’re celebrating together … we collectively reinforce productive team behaviors and build trust at the same time,” Sednek said. “That way, when we need to give improvement feedback or make a significant pivot, we’ve got the foundation of trust and feeling that we’re in it together.”

Experts and users caution that simply communicating recognition is not a replacement for performance evaluation or for continuously improving workplace culture. The biggest flaw in a social recognition system is when employees get positive feedback only, Eubanks said. “Critical feedback needs to happen as well.”

Others say that these types of tools can backfire, creating resentment and cheapened praise.

“Companies need to be very careful not to make recognition a popularity contest,” Eubanks said. “Pushing recognition up is generally a good thing, but you want to be careful if you’re tying it to monetary incentives. It’s everybody’s nightmare to be handing out money to people gaming the system.”

He added that HR needs to ensure that the metrics from a recognition platform are not the only criteria used when making decisions on whom to promote.