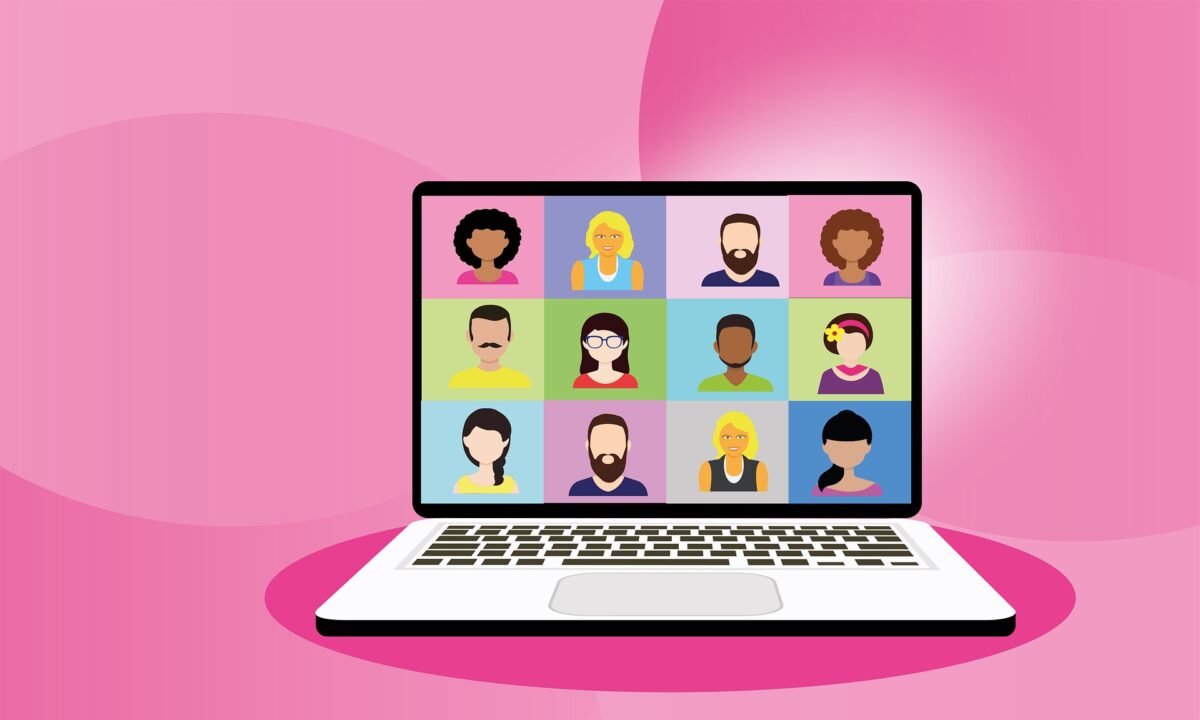 The COVID-19 pandemic has forced many to work virtually from home, and it has also led to an unanticipated outcome — improved productivity. For example, a Deutsche Bank survey of employees found that on average, workers in the United States were more productive today, than before the pandemic.

Another study, from Prodoscore, suggests that U.S. workers were up to 47% more productive in March and April of this year when compared to the same two months a year ago. The use of virtual tools such as Zoom and Slack, along with the re-purposing of commute times appear to have generated greater productivity.

As a result, it would be easy to leap to the conclusion that we are ushering in a new normal: a work-from-home model. Some companies such as Facebook and Twitter have already declared this. However, according to network science, this could be a mistake. It is one thing to be more productive, but the core question is can we effectively innovate in such an environment?

To answer this question, we need to take a deeper look at what it means to be innovative. According to professor Charles O’Reilly of Stanford, there are three primary stages of innovation: idea generation, idea incubation, and finally scaling. The types of connections needed to enable the necessary interactions for these three stages are quite different. As a result, how we work virtually, matters significantly. In particular, we need to be concerned about the role social capital plays in creating healthy working relationships.

Social scientists suggest there are two types of social capital. Bonding social capital, which is exclusive in nature and therefore emphasizes in-team interactions, and bridging social capital which is much more inclusive of others from outside of a given team. These two types show up differently inside of a network, but when combined, they create the necessary connections for a healthy set of interactions that are both productive and innovative.

For an organizational network to be healthy in generating a balance of productivity and innovation, both forms of social capital are necessary. When combined, bridging and bonding connections enable the three phases of innovation.

Sociologist Ron Burt’s research suggests that individuals who bridge across cohesive teams are best positioned to have insightful ideas. In one study of nearly 700 managers, he was able to determine that the value of any given idea corresponded to the degree in which an individual had bridging social capital. That is, the more individuals were positioned to discover from other groups, the more valuable their ideas were.

Bridging social capital is the lifeblood of innovation. These connections provide the fertile intersections for new innovative possibilities to be discovered.

Idea Incubation Connections
Bonding social capital provides the superglue to forging cohesive teams that best facilitate the incubation and refinement process around a given idea. Bonding connections are represented by many redundant connections within a given team, which often result in deeply trusting relationships. This level of trust enables individuals to more openly debate, build out and refine ideas.

Harvard researcher Lee Fleming analyzed data from more than 35,000 inventors and found that while bridge connections help generate valuable ideas, they actually hamper the development and application of these ideas. That is, for ideas to be useful, they need to lead to new inventions, experiments and iterations. Fleming found this happens best in small, cohesive teams with high levels of trust.

Bonding social capital enables the development and incubation of new ideas. Coincidently, these are the same interactions that enable productivity.

Scaling Connections
Finally, once ideas have been built out into a minimum viable product or solutions, they need to be scaled out across an organization. Bridging social capital plays a critical role in linking up these newly crafted concepts to drive formal support and resourcing.

Fact is, ideas that are developed deep within cohesive teams are 43% more likely to be rejected by the broader organization. We know this as the “not created here” phenomenon. This is where bridging social capital becomes essential. Bridge connections can help unleash the excitement and energy necessary to facilitate diffusion. These connections are critical to scaling ideas beyond small teams.

Furthermore, bridging connections are far more fragile and therefore susceptible to quickly eroding. In one study, Ron Burt evaluated 801 bridge connections across a four-year time period. By year two, 720 of these connections had already eroded. That’s nine of ten newly formed bridge connections deteriorating within one year of being established.

Figure 2 demonstrates this erosion with 30 bridge connections being removed. The result is a fragmented network that remains productive, but will lose innovation capacity across time.

It turns out that newness is a liability to bridging social capital. This was not true for bonding connections, which could explain why productivity has not suffered in a virtual working environment. We are already seeing evidence of bridge erosion since the lockdown. A recent study found that employees are communicating 10% less with more distant colleagues. While at the same time, communication has increased by 40% with close teammates.

Adding yet one more obstacle, another study implied that bridge decay is even more pronounced with disruptive events, such as family challenges, a relocation or let’s say a major pandemic. These events compete for a person’s time and energy, making it harder for them to maintain distant connections.

The decay rate of bridging social capital is intensified when other bridge connections are actively eroding within the network. Such rapid decay of bridging relationships creates a bleak picture for innovation in a virtual environment. Especially when it comes to generating new ideas and then scaling innovations across an organization for broader support.

However, the prognosis is not entirely bleak. There are some things we can do to reinforce these bridge connections in a virtual context. There are two scenarios where bridging social capital remained relatively stable.

For example, bridge connections that survived beyond the three-year mark, were quite enduring. Additionally, individuals who were intentional about cultivating bridge connections, were able to sustain them, even through the fragile early years.

As HR professionals, we have a responsibility to help our organizations see the whole picture. We need to help them resist the temptation to leap into a new normal of working-from-home without first considering the downside risks to long-term innovations. We must also offer a new set of solutions that help to cultivate bridging social capital, the lifeblood of innovation.