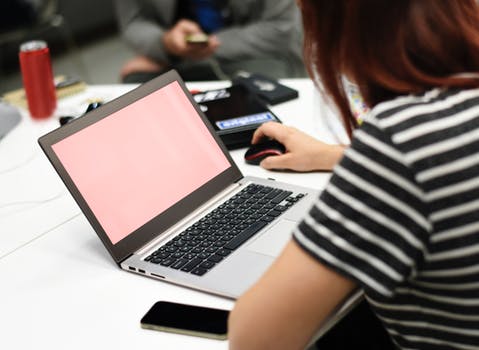 Google has always been recognized as a business innovator — not just in functionality and resulting dominant usage, but in management and leadership. The company’s approach to interviewing and management has transformed the corporate approach, and in 2014, Google’s Project Oxygen sought to take a look at the data behind corporate leadership. The resulting findings showed that leadership in the modern era has moved past the traditional values of hierarchy, annual reviews and other antiquated policies. Instead, Google’s research team identified a number of core traits and values that make for effective leaders.

These values represent a true paradigm shift in the way companies view management and leadership in the modern era of digitization. Perhaps the most interesting finding from the year-long study identified what traits caused leaders to stumble, including:

1. Difficulty making transitions and changes within the team

3. Lack of communication and recognition

In the age of digital Darwinism, speed and adaptability are the keys to survival. That comes from the top down in any company, whether it’s a two-person startup or an established company pivoting from traditional methods to the fast pace of the digital economy. The issues identified by Project Oxygen are dinosaurs in the age of interconnectivity, and the results point to new recommended approaches:

Be a nurturer and communicator. People respond inherently well to encouragement. In fact, it’s often the most important factor in coaching — more so than technical or strategic expertise. Modern effective leadership lauds strong two-way listening and communication.

Have insight into others. In business, insight means understanding how staff feel — what stresses them out, what makes them happy and where tensions lie, internally and externally.

Empathize with and support colleagues. To have empathy means using insight to get a deeper understanding of what others are going through. Ask them what they need, offer encouragement and check in. For leaders, this also means promoting an environment where this type of team bonding and communication is encouraged and valued.

Think critically. Business issues are often complex beasts with multiple angles and many different solutions. To get the best grasp of this requires the ability to think in parallels and multitask. This multifaceted approach is appreciated in the modern business environment as more data is available and things move quicker than ever before.

Effective Leadership In An Era Of Disruption

Notably, the traits outlined above as identified by Project Oxygen have traditionally been considered by many cultures to be feminine. Professor Corinne Post of Lehigh University dug further into this idea. To determine the most effective leaders in the era of digital disruption, Post studied members of 82 teams in 29 innovative organizations to learn how the gender of a leader relates to team cohesion, cooperative learning and participative communication. Her findings showed that teams led by women often worked better in these elements — and given the fast pace of modern business, this type of all-in communication and teamwork is the foundation to a successful and agile business.

The traits mentioned in Post’s study make organizations better able to compete in a technology-first world. These traits include coordination among different groups, stronger cross-organization cohesion and general inclusiveness that leads to a greater sense of camaraderie. Post also noted that in the traditional leadership model, leaders tend to build proverbial silo walls, leading to a sense of competition or even adversity among groups. By emphasizing relationships and communication, everyone in the organization — rather than just the department — works better toward a common goal.

One way to think about this is having an organization work in a way that is truly bionic, finding the operational model that enables technological evolution. Teams need to behave in an algorithmic, agile fashion rather than a following a linear, hierarchical path. Consider how friendships and inclusion open lines of communication. This creates parallel processes and interconnected decision-making based on variables rather than a strict hierarchy. The team becomes malleable and adaptable rather than guided by a strict set of instructions and workflows — with this increased flexibility comes a higher level of creativity and innovation as well as the ability to pivot quickly.

Post’s study isn’t simply to point out the differences between genders when it comes to leadership. While these qualities have often been considered feminine — and some research has found that the female brain is better at things like sensing what is going on around them, multitasking and verbal communication — much of this still comes down to culture. That also means that men and women can unlearn these cultural biases and move toward a unified view of leadership in the modern era.

For decades — centuries, even — Western culture has assigned leadership primarily to men, along with the top-down hierarchy for a chain-of-command model. Yet in the past 50 years, there has been a gradual shift — and this has been accelerated by the burgeoning explosion of women in science, technology, engineering and math (STEM).

That is why Post urges all leaders — particularly those who have drawn their leadership styles on corporate paradigms that have existed since the 1950s — to rethink the way they view inclusion, cooperation and communication. This goes hand in hand with Google’s Project Oxygen findings: To be a leader in the 21st century, a combination of communication, multitasking and inclusion is required to drive business.

Thus, the future of leadership really isn’t female or male; it’s human. By working toward a leadership culture of human-first behaviors, businesses run better — the data simply backs it up. Companies that have already “human-upped” their leadership are leading the charge. And those who want to be part of this revolution but don’t know where to start can gain some insight by asking the female leaders on staff what they think.