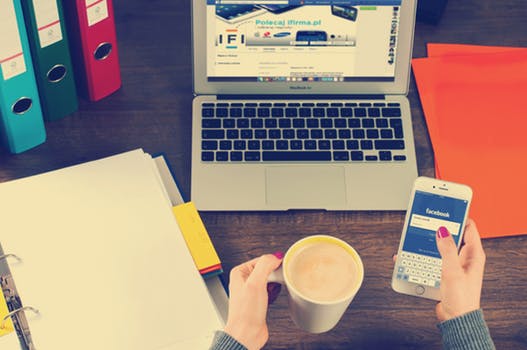 As analysts and executives wring their hands about how to excite a younger and more demanding workforce, out in the real world many HR professionals face another challenge: Engaging the older, less-connected blue-collar worker.

These are the truck drivers, warehouse staff and retail sales people who move cargo or work the cash register and, when you get right down to it, actually operate the business. They’re the semi-skilled and low-skilled workers who haven’t obtained a college degree and probably never will. To them, the point of working most often is to make a living and support their families, not to change the world and get rich doing it.

Too many employers assume these employees aren’t all that interested in their work, engagement experts say. That’s likely a mistaken assumption, according to David Shanklin, head of culture strategy for CultureIQ, an employee-engagement platform provider based in New York City. And if workers do have that kind of attitude, “you’re probably not leading them correctly,” he said.

The Blue Collar Is Here to Stay

Despite all the talk of automation displacing everyone from factory workers to truck drivers, blue-collar occupations aren’t going away. In fact, the demand for many is growing dramatically. Between 2016 and 2026, reports the Bureau of Labor Statistics, demand for derrick operators in oil and gas will rise 26 percent; the need for plumbers, pipefitters and steamfitters by 16 percent; and for ironworkers by 13 percent. All of these are faster-than-average growth rates.

Employers who neglect their blue-collar workers are risking trouble in terms of recruiting and retention, to say nothing of business results. “Engagement cuts across all ages, verticals and demographics,” said Kim Dawson, director of employee experience at the Austin-based engagement firm YouEarnedIt. “We’re talking about it now in terms of engagement, but historically we talked about it in terms of job satisfaction. If you’re happy at your job and say you’re satisfied, whether that’s in 1980 or 2018, they’re all the same. The only difference is the focus on engagement is more refined now.”

But there’s only so much one can do to make loading trucks engaging, said the HR manager of a distribution warehouse, who asked not to be identified because he’s not an official company spokesperson. When it comes to engaging manual workers, he said, HR is “limited in how much creativity it has to work with.”

But it can be done. Low- and semi-skilled workers are engaged by many of the same things that appeal to white-collar workers, other HR professionals say. Perhaps most important: They want to be respected and feel valued. White-collar workers may have more opportunities to get positive feedback by attacking issues creatively, “but I don’t want loaders ad-libbing their work,” the warehouse manager said. “I’ve got a standard operating procedure for that.” At the same time, he said, he welcomes employees’ well-reasoned ideas and builds variety into the workday by cross-training employees and forming teams to tackle special projects.

The first step toward engaging blue-collar employees is to listen. “You have to have a good understanding of each individual and how they view their job,” said the warehouse HR manager. “Some may not want to learn. Others do. You have to start with a conversation to understand what they’re looking for.”

Lorry Parker, SHRM-SCP, an independent HR advisor in Chicago, goes further. “Ask your workforce what would engage them, and don’t ask just once,” she said. “Don’t think you always have to have the idea. That in itself is engagement.”

It’s also important to understand that blue-collar workers view their jobs differently from office-based employees. To them, “a career has a different meaning,” said Marilena Acevedo, vice president of human resources for PetroChoice, a distributor of lubricants based in Fort Washington, Pa. “To them, ‘career’ equals ‘professional.’ ” They may not aspire to management roles, she observed, “but they want to be constant professionals.”

Embracing that attitude is at the heart of PetroChoice’s approach to engagement. With 850 employees in 52 locations, Acevedo and CEO Shane O’Kelly make an effort to be visible, transparent and, above all, respectful. “Sometimes people think drivers are unsophisticated, and they’re not,” Acevedo said. “They know their work, the market, the 401(k). They have integrity and loyalty. They’re looking for us to treat them right and help them take care of their families.”

Acevedo points out that becoming a professional driver is no easy task: One must earn a commercial driver’s license, have a clean driving record, maintain hazardous-materials and other certifications, and often obtain government security clearances. PetroChoice aims to maintain a culture built around helping employees succeed and grow while operating safely and delivering products properly. “We tell them what we expect and in return they know what they can expect from us,” she said.

Day-to-day transparency and communication are important, as well. “We tell them when to expect that a lot of overtime will be necessary, and we tell them as far in advance as possible,” said the warehouse HR manager. Also, his company tries to accommodate workers so they can, for example, go to a doctor’s appointment without being penalized.

Informally recognizing an employee’s expertise during the workday also makes him or her feel valued. For example, PetroChoice regularly has its drivers deliver work-related presentations during its monthly operational safety meetings. (The company also hosts formal events like driver rodeos, where the winner and his or her spouse receive an expenses-paid trip.)

Surprisingly simple gestures can also make a difference. PetroChoice gives employees a $5 Dunkin’ Donuts gift card for their birthday, and O’Kelly has been known to send personalized anniversary notes to individual workers. “We get a lot of thanks for [both of] those,” Acevedo said.

Finally, just mixing it up can add to a worker’s engagement. Shanklin noted how Trader Joe’s moves its store workers around so they spend no more than three hours a day on a particular task. That kind of strategy “keeps the job fresh,” he said.

Development is a major theme at PetroChoice. The company actively helps workers advance by defraying the costs of professional training. Its newly launched Commercial Driver Training Program makes it possible for internal associates to obtain the often-expensive credentials necessary to become a more-highly paid commercial driver.

Warehouse workers have the chance to begin learning about trucks almost as soon as they’re hired. “They’ll drive a truck around the yard and do things like practice backing up,” Acevedo said. “That way, they go to school already having some on-the-job training.”

The company pays attention to personal development, as well. “We talk to employees about where they want to improve,” she said. For example, one warehouse associate sought Microsoft Excel training so he could better understand the reports he regularly worked with.

Finally, Dawson believes engaging all employees requires understanding the changes that occur within workforces over time. That brings us back to listening. “You need to be diplomatic and honest simultaneously, and mostly you have to care,” she said. “There is no way to be successful in employee experience unless you are invested in the success of both the people and the business.”

Mark Feffer is a freelance business writer based in Philadelphia.