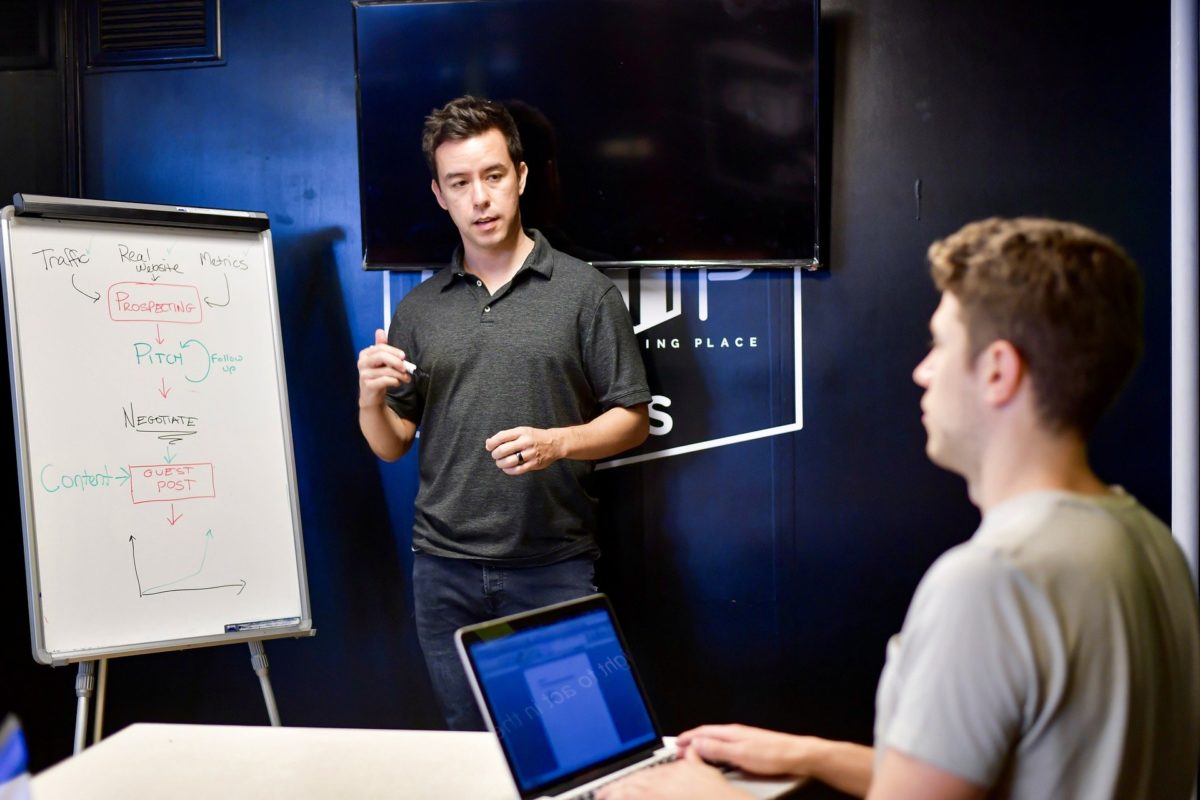 A code of conduct is not just a legal document – it’s a statement of your company’s values and how you live them every day. As such, the creation of this must be a fair and collaborative process to ensure maximum employee buy-in.

Office people working on company ethical integrity document on the laptop screen. Code of business ethics and values iStock/BRO Vector
Leaders are responsible for setting and communicating clear expectations about the boundaries of acceptable behavior. A code of conduct is one of the best tools for ensuring expectations are clear and fair. A code of conduct does not tell people what to believe, but instead what they can and cannot do. Most people will respect boundaries – if they know where they are.

Many CEOs have no idea what is written in the code of conduct they inherited; even worse, they are often the ones in their companies most likely to violate it.
In general, for performance issues of any kind, employees should:

Understand clearly what is expected.
Be given some warning when they are failing to do what is expected.
There are, of course, grounds for immediate termination – violence or theft, for example – but where is the line for your organization? As a leader, it’s your job to articulate it, and then you’ll have to interpret it case by case.

Writing a code of conduct takes time, but it will push you as a leader to think as clearly about behavior as you do about performance. It forces you to articulate what is ok and not ok to say and do in your workplace, and to decide what the consequences ought to be for violating the standards you are setting forth. When do people get a warning, and what are grounds for immediate dismissal?

Leading with integrity
One of the most memorable classes I took at Harvard Business School was about James Burke’s tenure as CEO of Johnson & Johnson. When he became CEO in 1976, the first thing he did was visit every Johnson & Johnson office globally in three years and work with the leadership in each office to rewrite the credo – the company’s code of conduct. At the end of this, there was a summit in New York City with the company’s top leadership. Burke himself then spent 40 hours working through everyone’s edits to the document.

I was astounded. Was this really how CEOs spent their time? Burke visited our class and explained that this collective effort to unify the corporation’s identity would later pull it through a crisis that threatened Johnson & Johnson’s very existence because everyone had a shared set of values that guided their actions. Of course, Burke was exceptional – many CEOs have no idea what is written in the code of conduct they inherited; even worse, they are often the ones in their companies most likely to violate it.

A democratic process
If you don’t already have a code of conduct, how do you go about writing one? I recommend that you offer your services as the writer and ask your team to be the editors. The editors in this case are not just making sure your writing is clear, or that words are spelled correctly; they are evaluating whether the document reflects the reality they observe in the office.

Once you and your team have a draft you are happy with, you can get each person on your team to repeat the process with their team. You then come back together with comments and make changes. Each of your direct reports must report back to their direct reports about why edits were or were not accepted. This is crucial – you must share your logic and make sure people understand the decisions that were made, even if they don’t fully agree.

Due process and consequences for violating the code of conduct
A code of conduct makes the rules of engagement clear. It can help you create a culture in which problems are less likely to arise in the first place. Job candidates who disagree with the code can decide not to work at your company. Employees who disagree with the code can quit. If those employees refuse to abide by the code and don’t quit, you are within your rights to fire them if you’ve made the rules clear.

No matter how good and reasonable your code is, however, one thing is for sure: it will be violated – often in ways you couldn’t possibly anticipate. Human behavior is endlessly surprising, sometimes in ways that inspire, other times in ways that horrify, bewilder, and disgust. There must be consequences for violating the code of conduct. Coming up with fair and reasonable consequences in response to the kinds of difficult situations that inevitably arise is much easier if you have thought through the principles and communicated them to employees before you are trying to figure out what to do about someone’s unexpectedly awful behavior.

In addition to a code of conduct, therefore, you also need to design a system of due process for deciding what violates the code and what doesn’t. As a leader, you’ll have to come up with a system for making judgments case by case, and everyone must understand the process for making these judgments.