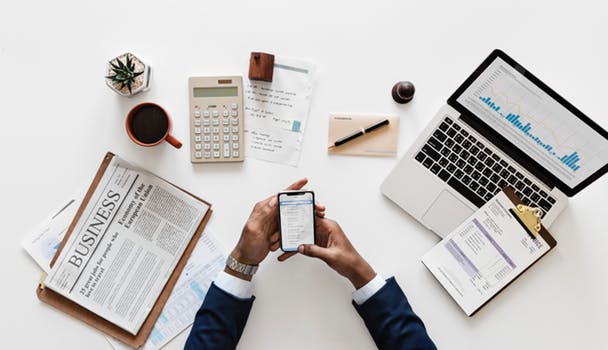 According to 2017 research by the Workplace Bullying Institute, roughly 1 in 5 workers are bullied at work, and 61% of employees are aware of workplace bullying. More than half of tech workers said they believe their workplace is toxic, according to a survey by social networking platform Blind.

And it doesn’t take many toxic employees to accelerate turnover. Even if just one toxic employee is added to a team of 20, good employees are 54% more likely to quit, according to report by cloud-based learning and talent management company Cornerstone on Demand.

If you’re seeing the signs of a toxic culture–employees aren’t performing as well, are complaining, or are even leaving the company–it’s in your organization’s best interest to address it immediately, says career development and mentoring strategist Shavon Lindley, founder of San Dieg0-based Mentoring Method, a leadership development and mentoring technology solution. Once you notice a problem, it’s a process to rebuild trust and restore your workplace to health.

OWN IT
Admitting the problem and letting employees know you’re aware is the first step to a healthier culture, says Houston-based executive coach Joshua M. Evans, author of Enthusiastic You! Rediscovering Your Passion & Energy: Tools for Success in Your Daily Life. “Because toxicity, when you walk into an office, is apparent. You can taste it, you can feel it,” he says. But employees aren’t always willing to be the first to admit there’s a problem. They want leadership to speak up first, he adds. Communicate to your team that you want to make things better and seek their feedback in doing so.

If it’s possible that the conditions rise to the level of a hostile workplace, it may be a good idea to assemble a team that includes your human resources lead and your legal counsel.

GET DATA
“Toxic” is a broad term that can be used to cover many forms of bad behavior or conditions. You need to understand the issues that are affecting your culture, says Kavita Avula, PsyD, lead consulting psychologist with KonTerra Group, a Washington, D.C.-based leadership and organizational development firm. Request feedback from your employees. Employee engagement surveys or direct conversations with managers may be useful, depending on the size of the company or the nature of the issues. You may also find clues in feedback from performance reviews.

“Avoid rationalizing, avoid becoming defensive when you hear something you don’t like,” she says. The feedback may not be pleasant, but remaining objective and curious about it will help you evaluate it more effectively and take appropriate action.

TAKE SPECIFIC ACTIONS
Once you know the issues that your organization is facing, you can take corrective action that will truly matter. For example, if the toxicity is the result of an employee or practice, you can work to retrain or remove the employee or rethink the practice. Lindley likens the process to restoring a human body to health. “The most efficient way to detox and really reestablish harmony is to identify which ‘organ system’ or, in this case, which section of your company needs the most support, and want to change the environment or support the elimination of that toxic load,” she says.

CONSIDER RESTORATIVE JUSTICE
Avula says organizations may find success in rebuilding trust through restorative justice, through which the group works together to determine the best way forward. “It’s an alternative to the disciplinary system in the sense that it brings together people involved in the conflict. And it looks at the needs of each individual involved,” she says.

Restorative justice, which is typically conducted with a trained facilitator, also helps prevent the recurrence of damaging behavior, Avula says. If someone had engaged in misconduct, for example, and they are dismissed, they may just do the same thing at their next job. Restorative practices help them learn to repair the harm done, she says.

RECOMMIT TO YOUR VALUES–AND COMMUNICATE THEM
In addition to identifying problems, organizations must also evaluate and recommit to their values, Lindley says. Think about adding values like transparency or integrity, she says. Then, communicate to your team exactly what those values are, why you’ve recommitted to them, and how they’ll be modeled in your organization. Even better: Share a plan for following through.

“If you’re going to just say, ‘Things are gonna be different,’ people aren’t going to believe you,” Lindley says.

Employees want to know that their well-being is a priority part of the company’s values system as well, says Atlanta-based organizational health and culture consultant Randy Ross, author of Relationomics: Business Powered by Relationships. They want to know that the organization has their best interests at heart. “If I don’t believe that someone has my best interest at heart, it’s very, very difficult for me to trust them, because I feel like they’re always, first and foremost, going to take care of themselves,” he says.

CREATE A FEEDBACK LOOP
As the organization proceeds to transform itself into a place that fosters trust–which can be a long process–establishing two-way feedback is essential, Ross says. Authentic, transparent communication about the steps the organization is taking will go a long way toward helping employees understand that leaders are serious about change. Similarly, establishing ways for employees to communicate their feelings to leadership will help the organization track progress and identify areas that need attention, he says.

The process will likely require a lot of communication and revisiting various steps along the way, Ross says. However, the advantages make the investment in turning around a toxic environment and restoring trust worth it, he says.