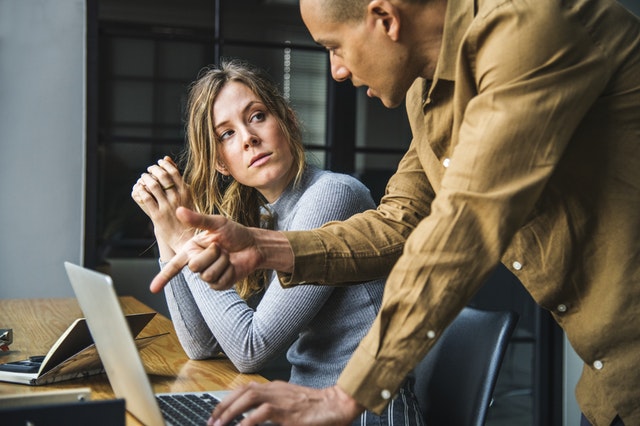 Another employee has come to Human Resources complaining about poor management in their team. This individual is the third employee to register a complaint against the same manager in less than one month.

I know you investigated the first and second-time allegations. For discussion purposes, I will make a couple of assumptions:

A trained/qualified HR investigator followed your documented investigation procedure checklist. (Note: Do you have a written investigation procedure HR follows? If not, you need one.)
Your investigator spoke to all involved parties (employees, “witnesses,” and the manager). These conversations were documented for the file and reviewed by at least one other HR manager.
The investigator or HR leader spoke to the alleged “poor “manager’s manager. This leader reported that they had never had cause to expect that their employee (the manager in question) was anything less than professional.
In both cases reported earlier, no findings of fault were identified.
HR Complaint Investigation
Well, now you have another allegation. Do you suspect that you have disgruntled employees rather than poor management? Maybe this is no one’s fault; perhaps you see a very serious communication issue, potentially a challenge to authority or a case of clashing personalities. Here’s the key: action needs to be taken. The organization will suffer (decreased productivity, a decline in employee morale, perhaps even undesirable attrition) unless demonstrable steps are taken to substantively address the now stream of complaints.

Start by conducting another fresh investigation. If possible, have a different HR investigator assigned to seek statements, check timetables, and observe (fresh eyes). HR is not called upon to “find something” rather, they should be the source of solutions for problems when identified. HR is also not “on my side” or “their side.” HR’s function is to review, analyze, and synthesize the evidence, the symptoms, the personalities involved. What if all your efforts to get to the facts results in a “he said, they said” case? Be vigilant to consider the following possible root cause: Is this a case where the manager isn’t trained or ready to manage?

I keep a now dated Gallup Business Journal article in my top desk drawer. It’s title: “Only One in 10 People Possess the Talent to Manage (April 13, 2015)”. My head spun when I read this article the first time and still experienced the same response when reading it for the 20th time. One key finding resonated so loudly:” Companies fail to choose the candidate (for management, emphasis mine) with the right talent for the job 82% of the time.” After your head stops spinning, think of the consequences an 80%+mismatch in role responsibilities means for an organization. Managers, especially front line and mid-managers, play an essential role. They are often key to change initiatives, vital to production fulfillment, key contributors to quality programs, formidable brand ambassadors, and they are indisputably the heart of employee engagement and satisfaction. Underestimate front-line managers impact and value at your peril.

The burden for resolution rests with the organization selecting these individuals to serve in such a critical role. And then we learn most companies choose incorrectly. Now, what do we do? A large, rapidly growing technology organization was expanding its manufacturing footprint and needed team leads as the floor teams grew by leaps and bounds. HR sought candidates with technical expertise; many of the new team leads were recent college graduates. They were bright, knowledgeable, from world-class universities and enthusiastic new hires. The problem was that they were hired to lead teams without any requisite management training. HR and company management alike assumed that they would grow into their roles. Unfortunately, learning the role of manager, embracing a new company culture, grappling with new engineering processes all while settling into their own “space” prolonged the path to becoming a good leader of teams. Undesirable attrition began to spike. This data-driven company looked at employee engagement surveys and found a glaring issue: front line managers were not serving their teams or the company well.

Responding to the data, HR and executive leadership created clearly defined roles and expectations of managers, very carefully aligned to company values, mission, and culture. They designed and conducted five-day residential training programs where students were admonished to choose the role of manager, along with its responsibilities. For those who opted out of the management track, individual contributor roles were found. The key here and the very foundation of the success of the program was that the company articulated management expectations, trained on them and were explicit on the responsibilities of people managers. This organization was highly successful in turning around employees’ perception of managers concomitantly with these new managers embracing their roles.

So, when you repeatedly hear complaints about managers, remember Gallup’s research findings on the five talent dimensions attributed to successful managers:

ability to motivate teams and individuals to continually improving performance;
appropriately assert themselves in the face of challenge and adversity;
stand accountable for team performance and success;
build relationships;
decisively make decisions in a balanced and data-driven manner.
Dive into complaint investigations with an unbiased perspective, yet remain vigilant to see whether management needs your assistance on becoming better managers. This issue doesn’t align with an overnight “fix” nor an inexpensive one. It does, however, offer the potential for real change, real growth, and better management. Start today; there is much to be lost and so much more to be gained.

Wishing you learn something new each and every day!