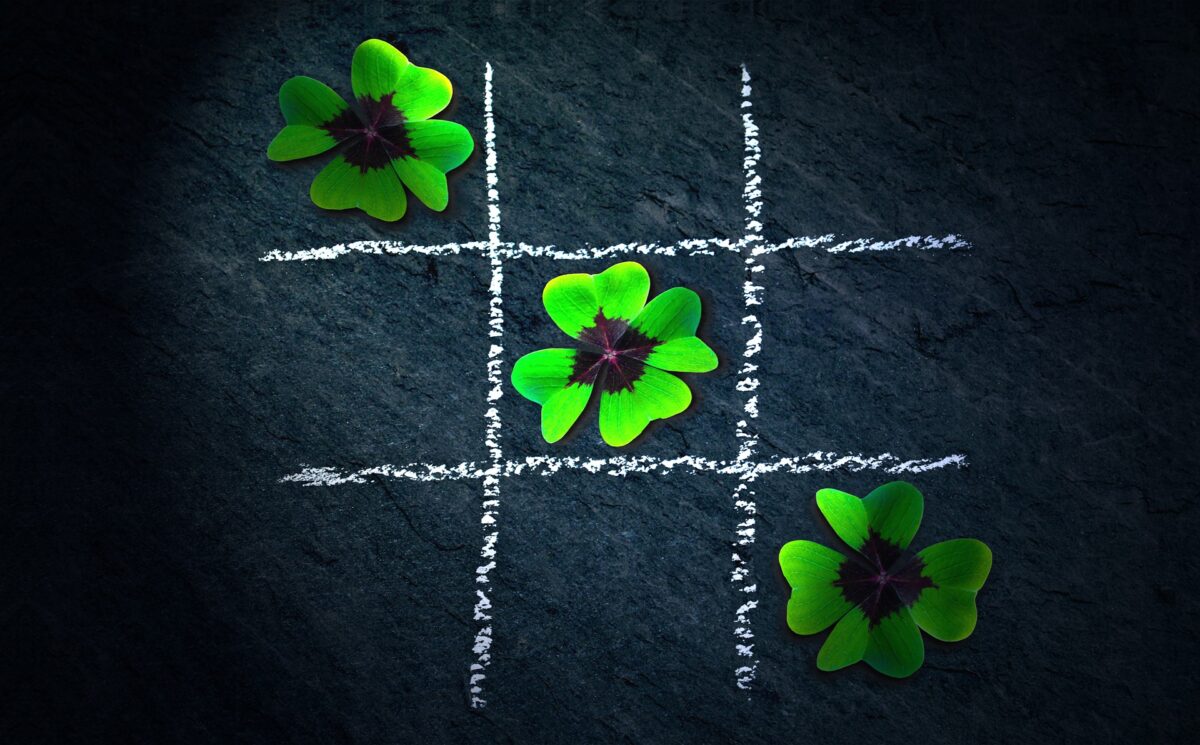 Upon joining a new team, Eric quickly established himself as one of its most technically skilled members. Eager to prove himself, he dove in headfirst, volunteering for assignments with tight deadlines and demanding deliverables. Between the late nights and marathon weekend sessions, it wasn’t long before most of Eric’s personal time was consumed with work. His friends joked that he slept with his laptop under his pillow, just in case—that is, they said, if he slept at all.

An illustration of a woman standing on a sphere made of bricks, holding a brown jug that a rainbow is pouring out of. The rainbow turns into a splash of gold where it hits the sphere, and the gold runs down the cracks of the bricks.
A new role for business leaders: Moral integrator
by Liz Sweigart
Eric was convinced that sacrificing his personal time would get him recognized by his bosses. Instead, he started missing deadlines and found that he was no longer getting staffed on the prestigious client projects—ones with a lot of face time with senior executives, ones that would help his advancement. He became confused and resentful. During a one-on-one meeting with the team leader, Eric voiced his frustration and asked why it felt like she and the other leaders weren’t seeing his dedication. Rather than directly addressing how Eric’s all-work-and-no-play approach was hurting both his own performance and the company’s, she simply noted his missed deadlines. When another leader suggested he take time off, Eric thought he was joking. Left to his own devices, Eric had allowed work to take over his life; he had burned out, which caused him to underperform.

What went wrong? Neither Eric nor his bosses saw that the issues resulted from a lack of boundary setting by both the individuals involved and the organization. Although it is a critical piece of interpersonal know-how, the skill of boundary setting is rarely taught either in school or at work. It’s one area that too many companies and employees fail to understand, and that failure comes with a cost: the well-being of individuals and the productivity for the enterprise.

Although it is a critical piece of interpersonal know-how, boundary setting is a skill rarely taught either in school or at work. Too many companies and employees fail to understand it, which comes with a cost.

Unrealistic work schedules and poorly written job descriptions can exacerbate these issues. Trust breaks down over time. Studies link burnout to boundary violations, such as work consistently intruding on personal time. In addition to lost productivity and poor performance, it is also contributing to the record number of employees leaving their jobs in what has become known as the “great resignation.” By contrast, when employees believe their voices are heard and their boundaries respected, they become more engaged with their organization.

Boundaries are the mental, emotional, and physical limits people maintain with respect to others and their environment, and psychologists consider them healthy if they ensure an individual’s continued well-being and stability. They serve many valuable functions. They help protect us, clarify our own responsibilities and those of others, and preserve our physical and emotional energy. They help us stay focused on ourselves, honor our values and standards, and identify our personal limits.

More PwC insights
An aerial photograph of office workers collaborating in a conference room.
Building tomorrow’s workforce: Six no-regrets plays to make today
Physical workplace boundaries may include delineating an individual’s personal space in a shared office or limiting body contact to handshakes rather than hugs. Mental boundaries reflect individuals’ important beliefs, values, and opinions. At work, that may mean not participating in activities that conflict with a person’s religious convictions, like betting pools, or personal choices, such as not drinking alcohol at office events. Emotional boundaries relate to people’s feelings being acknowledged and respected and may manifest as individuals not discussing their personal lives with coworkers.

It’s therefore important for individuals and organizations to understand the role that boundaries play in protecting us from harmful outcomes, like burnout. There are three steps to better boundary management: identify, set, and maintain.

Developing greater self- and situational awareness is one of the first and most important steps managers and employees can take to encourage healthy boundary setting at work. Reflective practices such as journaling, spending time alone (especially in nature), and meditation can help individuals recognize feelings that may signal the need for a boundary. Pay special attention to feelings of discomfort, resentment, or guilt with a particular person or work situation. When determining whether a boundary is needed, think of these feelings as being on a continuum, not black or white.

A simple tool for raising self-awareness around these feelings is the Boundaries Signal Scale, which measures the intensity of negative emotion (such as discomfort, resentment, or guilt) an individual feels in response to a situation on a scale of 1 (lowest intensity) to 10. Scores of 4 or higher may indicate a need for an individual to set or reinforce a boundary. For example, when an overeager colleague interrupted Susan in a meeting, she rated the experience a 2 because it was a one-time occurrence and the colleague meaningfully apologized. In another instance, Susan worked through the weekend to deliver a report that her boss demanded by Monday but did not review until the following Friday. He then asked for her to address his changes by the following Monday morning, which meant it would require her to work over a second weekend in a row. For Susan, this interaction rated a 10, indicating to her that she needed to set a firm boundary with her boss.

The boundaries signal scale shows that an intensity of 1-3 is a low level of discomfort and 7-10 is high.

Setting boundaries
People must communicate their boundaries clearly and consistently to others, a skill known in psychology as assertive communication. Open and assertive communication styles are essential to healthy boundary setting. Managers and employees should clarify expectations upfront and continuously reevaluate them over the course of the working relationship. Often, people assume their needs and preferred ways of working are understood, so they don’t state them. This can result in misunderstandings.

Teams should collectively consider and challenge assumptions and suppositions. Taking this step intentionally can help foster better communication and transparency in the group, which builds trust. Identifying and observing role models who are skilled at boundary setting can also help. Notice the language they use, their tone, and the body posture they take to assertively communicate their boundaries and expectations.

The most effective boundaries are those set and maintained collaboratively with open, upfront communication about intentions and needs. In Susan’s case, she and her boss never had a conversation clarifying expectations. If, however, they had candidly and transparently discussed overtime hours and lead time for deliverables earlier in their working relationship, a healthy boundary would already have been in place. Employers and employees should work together to define mutually appropriate boundaries for performance expectations during the onboarding process and when an individual is promoted or changes roles.

Setting and communicating boundaries fosters a sense of interpersonal safety and trust. In a stressful moment, emotions can cloud judgment and make it difficult to effectively set boundaries. Using a simple eight-step process offers clarity

A table lists 8 steps for setting boundaries, including Name Your Limits, Seek Support, and Start Small.

Maintaining boundaries
Maintaining boundaries involves the continued practice of confirming the appropriateness of the set limits, adjusting them if need be, and communicating them assertively, especially when they may be challenged. It is important to communicate clearly and in a matter-of-fact tone the consequences if the boundaries are tested or ignored, and then to follow through if it happens. Emotionally charged communications are frequently ineffective in producing sustainable change.

Consequences should be meaningful for the other person and result in a behavior change. For instance, if a coworker continuously calls after work hours to address ongoing work issues, a low-impact consequence would be to keep answering the phone while saying these intrusions are inconvenient. A medium-impact response would be to decline to take the calls and set a meeting to clarify mutual expectations for communications outside of regular working hours. A heavy consequence would be to lodge a complaint with human resources. The most effective consequences match the level of the boundary-violating behavior.

For example, if Susan and her boss had previously set expectations for her to not work over the weekend that were repeatedly disregarded, it would be appropriate for Susan to renegotiate a Monday deadline for a last-minute, nonessential project requested late in the week.

Overcoming obstacles
In the workplace, individuals may struggle to set healthy boundaries for a variety of reasons, including:

a previous negative experience when attempting to set a boundary
fear of conflict or negative repercussions, which often leads to avoidance behavior
a lack of confidence in their ability to respectfully communicate a boundary, either because they don’t know what language to use to set one or because they fear it will come out aggressively due to built-up frustration
not realizing a situation warrants a boundary
self-doubt about whether they have a right to set a boundary.
This struggle with boundary setting—when an employee feels unable to clearly share their true thoughts, feelings, needs, and expectations—often results in an unintentional style of passive-aggressive interpersonal communication. Over time, if the uncomfortable or unwanted situation or behavior continues, resentment builds, and when employees reach their limit, they end up expressing their frustration in an aggressive way. In these instances, coworkers and managers, who had the impression that everything was going well, are taken by surprise, feel confused, and may feel blindsided by their colleague’s behavior. This breakdown in communication ultimately erodes trust as managers and employees feel increasingly uneasy and uncertain about each other’s true thoughts and motivations. In Eric’s case, he lost faith in his managers and abruptly resigned to take a job at a competing firm. Susan and her boss struggled to work together because Susan felt taken advantage of, and her boss constantly questioned her commitment to her job. Eventually, Susan left to start her own company.

Clear expectations
This is where employers need to step in. They need to explicitly state what is expected and what is not expected of employees. It is also important that employers pay attention to and empathetically inquire into a significant change in an employee’s performance, as happened with Eric. Employers can provide opportunities for managers and executive leaders to learn how to develop their own healthy boundaries, model boundary setting, and coach others in doing the same.

It takes energy and courage in the face of internal resistance to change ways of working. Individuals successfully build their boundary-setting skills by starting slowly and acknowledging that early attempts may be imperfect. Coaching can be valuable for both managers and employees. By taking steps to identify, set, and maintain healthy boundaries at work, employees and managers can build trust, improve resilience, and contribute to a higher-performing environment for everyone.