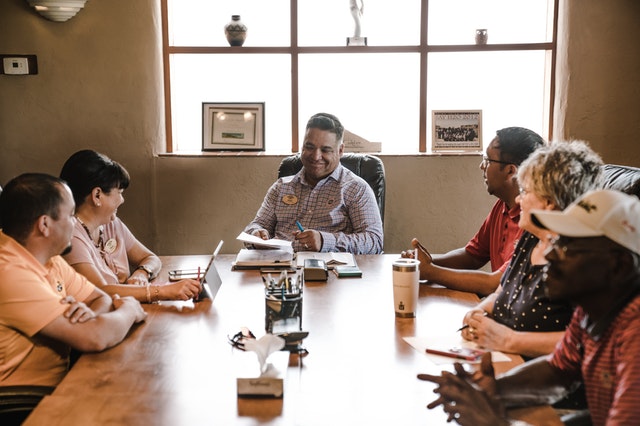 The gig economy has taken on a new form at work as an internal gig marketplace.
An internal gig marketplace offers employees a chance to explore a short term project of interest outside of their usual role.
Implementing an internal gig marketplace can boost employee retention and engagement while keeping your workforce ready for new challenges..
The Gig Economy Never Left, It Just Moved
Each year, there is at least one hot topic that pops up into the sphere of HR relevancy. Just a couple of years ago, we were gifted with the “gig economy.” While the term was new to many of us (myself included) this way of working has been around as long as… well, work.

For those new to the phrase, the gig economy is defined as “a labor market characterized by the prevalence of short-term contracts or freelance work as opposed to permanent jobs.” Of course, short-term employment is nothing new, but its rise in popularity in recent years is.

All that being said, I won’t bore you with another article about the ins-and-outs of the gig economy. Instead, let’s talk about how the gig economy has been adopted within the workplace as the internal gig marketplace.

What is an Internal Gig Marketplace?
An internal gig economy, or internal gig marketplace, is similar to a job board—with the exception that every “gig” is a short-term project available only to your current employees. Your employees won’t exactly be abandoning their roles to take on this new gig full time. Instead, participating employees commit 10-20% of their time to this new project while still fulfilling the responsibilities of their primary role.

The Business Case for an Internal Gig Marketplace
While there are a number of professionals who work full-time within the gig economy, this world of short-term employment has also been a safe haven for curious minds. Within the gig economy, everyone has a chance to embrace and tap into their other talents that may not be required for their day-to-day role. A career accountant can become a photographer. A teacher can try out voice acting. The gig economy has addressed a need that has exists within all of us—the need to explore and learn.

And that’s why the gig economy has gained some popularity within modern organizations. People are multi-faceted, and generally speaking, many of us don’t like to be boxed into one category.

Imagine if a decorated wrestler couldn’t go on to become a widely popular astrophysicist. Then, we wouldn’t have Neil deGrasse Tyson. If high-flying acrobats aren’t enough to convince you, here are three practical benefits for implementing an internal gig marketplace at your organization.

Talent Retention
The internal gig marketplace provides employees with interests outside of their current roles an opportunity to explore these interests. And from a business perspective, it sure beats losing an amazing employee if their only avenue to exploring these interests is to leave the company.

Employee Engagement
When employees get a peak into a different business function, they also have the opportunity to connect the dots between their day-to-day work and the overall business goal. Employees who can clearly align with an organization’s “why” are more energized and engaged with their work.

Workforce Agility and Adaptability
If 2020 has taught us anything, it’s that businesses need to be able to transform quickly in order to thrive in the rapidly changing world around us. Having employees who are multi-disciplined and intimately aware of different business functions will help your teams be prepared for unexpected challenges down the road.