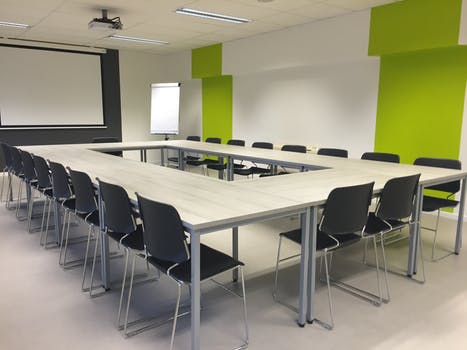 As a local executive, you should be concerned that at the end of every strategic planning activity, there lies a risk.

While your organisation may excel at business-as-usual routines, it’s probably weak on changing employee behaviours called for in your new plans.

After all, you know what happens when people aren’t engaged. The strategy flops. In the next retreat, your team struggles, unable to overcome the prior year’s failure.

Fortunately, the strategy-mapping approach invented by Harvard’s Kaplan and Norton was made to bridge this gap. The bad news is that many companies have implemented it incorrectly. The end result looks little more than a picture of boxes filled with cliches that could belong to any company. In other words, it is not strategic and fails to do its job of getting people rallied behind a single vision of the future.

But the fault does not lie in the approach, just how it is being used. Too many executives complete the strategy map as an obligation, without understanding the specific role it’s supposed to play. After recent conversations with one of its creators, we now recommend that clients start by refreshing their understanding of the diagram’s purpose.

To whit, the real intent of the strategy map is twofold. One is to capture executives’ strategic hypotheses a collection of cause-and-effect relationships between actions and results. In other words, it represents a plan to move forward that is really a best guess under conditions of limited information.

The second intent is to communicate these hypotheses to average staff members who weren’t at the retreat. Unlike leaders, they don’t have MBA’s and spend only a few moments each year being exposed to their organisation’s strategy. Usually, they can’t recall its salient features.

Unfortunately, the vast majority of the corporate strategy maps aren’t aligned with these two goals. As a result, everyone ignores them, even its makers. You can do better. Here are some tried and tested ways to make that missing connection.

Limit the map to short-term strategy

One of the gaps in the author’s textbook definition of strategy mapping is that it didn’t address time frames. In our fast-moving world, your team must remedy this fact and choose a short horizon of one to four years.

The reason is simple: strategies with longer time-frames are too hard to compress into a single diagram. The result is a mess of words, boxes, and arrows that confuses everyone.

Plus, this approach has the benefit of forcing the team to revisit the strategy at the end of the designated period, a sound practice given the fast-changing nature of today’s environment.

The most important question the strategy map answers is not “What”, but “Why?” Staff members want to know the link between new actions they are being asked to take and the bottom-line effects they are intended to produce. The arrows between different activities show this connection.

Without them, the map is little more than a fancy list of projects.

But there is a limit. While it is possible to imagine a link between any two items in corporate life, this doesn’t mean that each one deserves a place on the strategy map. Instead, it is more important to limit the lines to the connections which are critical in understanding the original thoughts of the executive team.

Pass the ‘So What?’ test

The map should also have the special power to arrest employees in their tracks due to its display of brand-new thinking. If it merely looks like a capture of activities that are currently under way, then something is wrong. It shouldn’t ever endorse business-as-usual or defend the status quo.

Instead, it is all about making a sharp difference, so the map should only include fresh initiatives.

Furthermore, it cannot resemble a map from another company. If it does, then it is something other than a strategy ­ maybe a common blueprint for all companies in your industry.

In short, your map must reveal the unique thinking you have done to separate your firm from its competitors. Fail to do so, and you will join the local landscape of defunct firms.

That is not what your stakeholders want. Expect them to sift through your strategy to see if a competitive advantage is truly being created.

In summary, these are uncertain times, and employees need to appreciate how they fit into your plans. The map is a management tool to sweep your staff up in a powerful vision that generates the action necessary for your firm to thrive.

– Francis Wade is a management consultant and author of “Perfect Time-Based Productivity”.