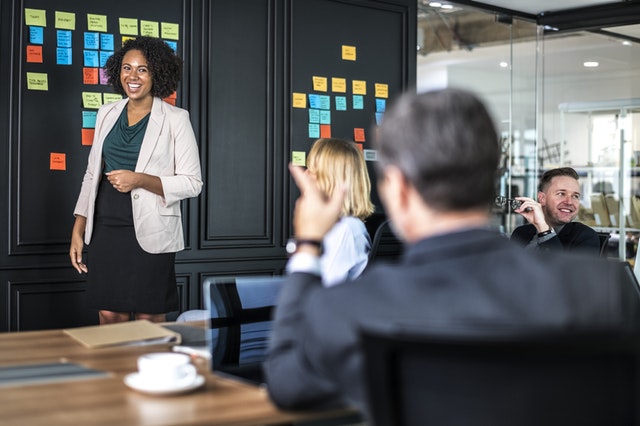 Who are the worst managers in your company?

It’s not a pleasant question. But, if you avoid the issue, you’ll never build and sustain a great workforce.

Seventy percent of workers who voluntarily leave their jobs do so because of a bad boss or issues directly controlled by their boss, according to a Gallup poll. And more than one in two Americans left a job to get away from a toxic manager and improve the quality of their lives.

Bad bosses generate stress, anger and resentment among your employees–and many people cannot turn that off when they go home at night. Any wonder why so many leave?

I’ve had bad bosses. You have too.

Get rid of your poor bosses–or improve their performance–and you’ll not only increase retention — you’ll improve morale, engagement levels, commitment and teamwork. And all of this will make it far easier to recruit new Rockstars. (For starters, your scores on Glassdoor.com will increase.)

A toughminded and wildly successful CEO once told me that his number one mistake was giving poorly performing managers too much time and leeway to turn things around because he feared that firing them would disrupt their departments.

“Almost every time, when I talked to the employees afterwards,” the CEO recalled, “They asked me: ‘What took you so long? Things are so much better now.’”

In today’s tight labor market, you can’t afford to let your lousy managers drive away your best employees.

So how do you recognize early on when one of your managers is crippling their team?

Lack of empowerment: Poor managers don’t give their reports the trust and authority to do their jobs effectively. They second-guess their decisions. They don’t support their reports throughout the organization. And they go ballistic over small failures.

Micromanaging: An effective boss sets goals, provides guidance and gets out of the way. Ineffective bosses–and this happens frequently with first-time managers–nitpick every aspect of their reports’ work and often step in to do the work themselves.

Taking credit for the work of others: Everyone wants credit for their unique accomplishments. A manager who claims all successes as their own kills morale.

Poor coaching and career development skills: Good employees want to grow, develop and progress in their careers. A strong manager asks their direct reports what they need to perform their job most effectively and how they can facilitate their long-term career goals. A bad manager doesn’t care.

Doesn’t set realistic goals and expectations: Bad managers set poorly defined or unrealistic goals. In the first case, the employees are left without a good idea of what to do, so they end up focusing on whatever strikes their interest or–more likely–they become apathetic and disengaged. In the second case, when managers set overly ambitious goals, employees become disheartened and suspicious of management.

Closed-Minded: Bad managers don’t listen well and don’t tolerate disagreement. They have little interest in the views and opinions of their direct reports and they discourage anyone from bringing them information that conflicts with their ideas or approaches to issues.

Abusive and emotionally unpredictable: Managers that use their power and authority to intimidate or humiliate employees generate enormous stress in the workplace and in the lives of workers. Good managers are emotionally intelligent, approachable, and predictable in how they respond to bad news, conflict, and problems.

Weeding Out the Worst

Once you’ve identified the worst managers in your organization, you need to act.

(If you choose not to, then it’s time to look in the mirror and point your finger at the true lousy manager.)

First, discuss the issues with the manager. In many cases­–particularly with first-time managers–the person won’t be fully aware of their impact on their direct reports. Enlighten them about what they’re doing wrong, what they need to improve and the performance benchmarks they will be measured against going forward.

Second, teach and train. Find a program that is consistent with your company’s ethos and can be customized for individuals and their specific needs. Better yet, teach them yourself.

If the manager’s performance hasn’t improved after training and mentoring, you have two options: demotion to a non-supervisory role or discharge.

There is no alternative.

Demotion might be a viable choice if the person was a strong individual contributor and is open to returning to a non-managerial position that draws on their proven competencies and skills. Over 60% of first-time managers fail within two years. It’s a tragedy that organizations often lose these people forever.

Sometimes you’ll need to bite the bullet and fire the person. It’s hard to let anyone go, but it’s particularly difficult if the person has contributed a great deal to the organization. Here’s how to go about it.

The bottom line: Tolerating bad managers is bad for business. (And bad for your personal career.)

Create a bad-manager free organization and you will be on your way to building a first-class workforce that outperforms your competitors for years to come.