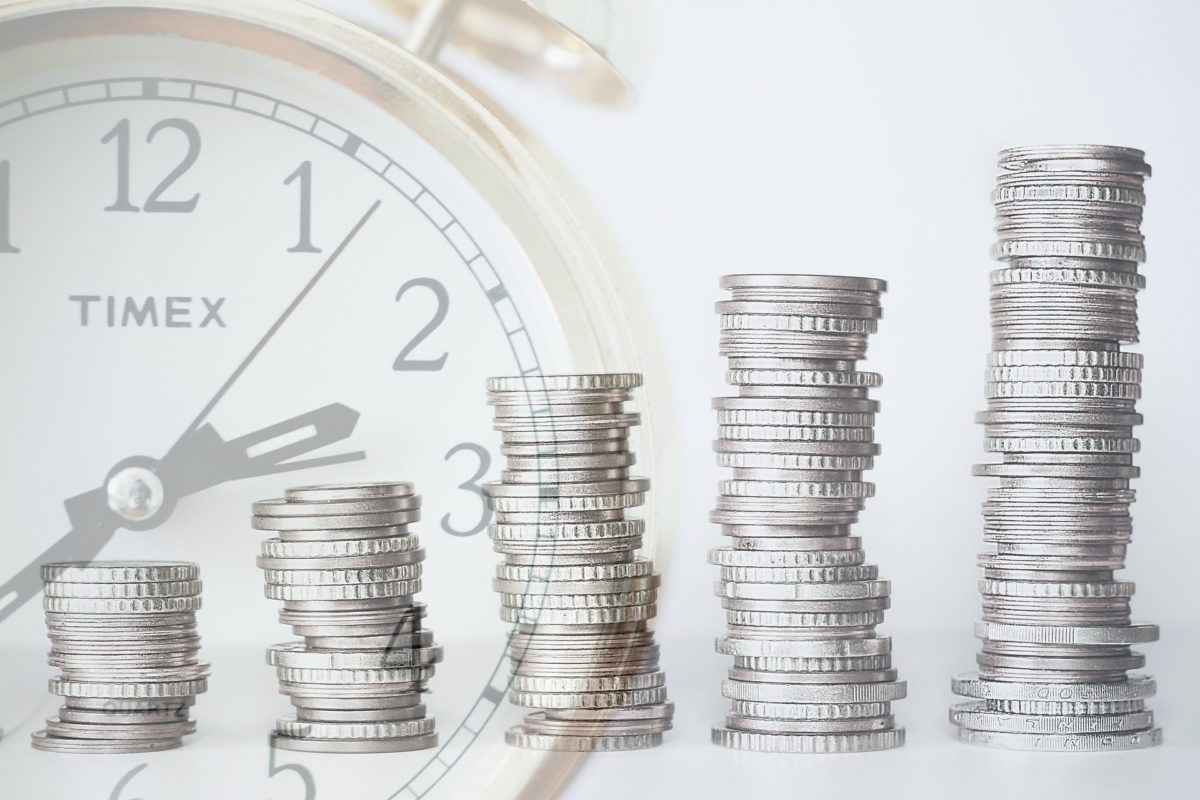 Our mission to help you navigate the new normal is fueled by subscribers. To enjoy unlimited access to our journalism, subscribe today.

On three days in early October, hundreds of Taiwanese travelers boarded packed Eva Air flights at Taoyuan International Airport. They were not bound for an international or even regional destination; instead, the flight would end exactly where it started. The passengers were set to depart on a so-called flight to nowhere, which would take them on a night-time loop around Taiwan’s main island.

The flights coincided with the Asian holiday of Mid-Autumn Festival, and pilots tilted the planes to give fliers clear views of the full moon. Flight attendants treated passengers to the holiday’s traditional delicacy: moon cakes. Three hours later, the plane touched down again at Taoyuan. In the pandemic era, it counted as a getaway.

Flights to nowhere are a desperate attempt by airlines to scrounge up sales. Parts of Asia have largely contained COVID-19, but the region’s air carriers remain mostly grounded as border closures and quarantine requirements continue to decimate demand. The ‘flight to nowhere’ gimmick is succeeding in attracting die-hard fliers. Experts say the novel trips satisfy frequent fliers’ desire for normalcy and give customers the sense of escape. But climate activists have condemned the boomerang flights for needlessly harming the environment, and the trips underscore that a more comprehensive solution for airlines—much-discussed ‘travel bubbles’—has yet to come to fruition.

Destination: nowhere
In August, Taiwan’s Eva Air introduced the ‘flight to nowhere’ concept with a Hello Kitty-themed aircraft that flew passengers on a daytime journey along Taiwan’s coastline and over Japan’s Ryuku islands.

Subscribe to Eastworld for weekly insight on what’s dominating business in Asia, delivered free to your inbox.

The inaugural flight took place on Taiwan’s Father’s Day so Eva Airways numbered the flight 5288, a set of numerals that sounds like “I love you Dad” in Mandarin Chinese.

Since then, airlines across the region—in Brunei, Japan, Hong Kong, and Australia—have started offering flights to nowhere. Carriers say the trips are popular.

Eva Airways said its three-day Mid Autumn festival flights sold out. In September, Australia’s Qantas airways claimed that customers snapped up seats on a seven-hour flight over Australia’s Gold Coast and outback wilderness within 10 minutes of them going live.

Why would passengers endure the discomforts of flying—cramped quarters, mediocre food, close proximity to strangers, plus new coronavirus risks—without the payoff of landing in a new place?

EVA Air has installed dedicated Hello Kitty kiosks at
Eva Airway’s first ‘flight to nowhere’ was Hello Kitty-themed. The Taiwanese airline’s Hello Kitty kiosks are seen here in 2016.
Yeung Kwan—Pacific Press/LightRocket/Getty Images
A passenger on one of the Mid-Autumn Festival-themed flights in Taiwan told a reporter from the Singapore-based Straits Times that the flight offered a substitute for her family’s regular holiday trips outside Taiwan.

“We’ve been dying to travel abroad,” the passenger said. “The last time we went anywhere was when I took my family to Hokkaido, [Japan] last October.”

Alan Joyce, the chief executive of Australia’s Qantas Airlines, said in a statement to the New York Times that Qantas’ customers simply missed the experience of flying.

“So many of our frequent fliers are used to being on a plane every other week and have been telling us they miss the experience of flying as much as the destinations themselves,” Joyce said.

Benjamin Iaquinto, a professor of tourism studies at Hong Kong University, concurs. Regular air travel has become habitual, he argues—at least among those who can afford it. “[Flying] has become like a fact of nature, like something we’ve always done,” Iaquinto says.

And, in an environment where air travel has been effectively closed off, even the mundane aspects of flying may be more appealing.

“When you’re at the airport, even though it’s really boring, there’s something exciting about it,” Iaquinto says. “There’s some sense of anticipation about being in those places that are quite ordinary.”

Sebastien Filep, a professor at Hong Kong Polytechnic University studying the intersection of psychology and tourism, says that an innate “desire to escape” helps drive the travel experience and pandemic-era lockdowns likely intensify that urge.

Sydney Travellers Enjoy Sights Of Australia Despite Border Closures On Qantas Scenic Flight
Digital signage for Qantas flight number QF787 on Oct. 10, 2020 in Sydney, Australia, indicates that it is a ‘scenic flight’ with no destination.
James D. Morgan—Getty Images
Filep says that, for many travelers, the destination is not always the most important thing. “Who you go with matters more than where you go,” he says. And Filep says there’s a growing body of evidence that “travel leads to greater well-being,” including in reducing stress levels and possibly improving cardio vascular health.

Because the ‘flight to nowhere’ phenomenon is so new, it’s difficult to tell if it offers the same benefits as normal traveling. “It’s an experiment,” Filep says.

On Sept. 29, Singapore Airlines, the nation’s flagship airliner, announced a “suite of experiences” that would give customers the chance to tour airplanes, eat airline food, and meet with pilots. Kids even have the option of dressing up and playing the role of flight attendants.

“With COVID-19 drastically reducing the number of flights operated by the SIA Group, we have created unique activities that would allow us to engage with our fans and customers during this time,” Singapore Airlines Chief Executive Officer Goh Choon Phong said in a statement.

The airline said in its statement that it had considered flights to nowhere, but opted to keep its planes grounded amid backlash from local climate activists.

SINGAPORE-AVIATION
A Singapore Airlines plane approaches for landing at Changi International Airport in Singapore on August 23, 2020. A climate group criticized the airline as it considered ‘flights to nowhere.’ The airline will offer land-based plane ‘experiences’ instead.

Climate activists in Australia, the U.K., and elsewhere have voiced similar concerns about the environmental impacts of flights that serve no purpose beyond tourism.

The popularity of flights to nowhere is not an encouraging sign to those who hope that a post-pandemic world may usher in a new era of more sustainable travel.

“There’s so much talk about how this is the perfect opportunity to reset and start being sustainable,” says Iaquinto. “I agree it’s a great opportunity, but I’m just not convinced it will happen.”

Blowing the travel bubble
However successful, flights to nowhere won’t make up for airlines’ cratering sales.

As of now, airliners are only offering the flights on a limited basis and their ticket sales are likely to make little to no impression on balance sheets. Hong Kong’s HKExpress is offering three flights in November at prices starting from $50. Eva Air’s three-day Mid-Autumn Festival flights cost between $200 and $300, while Qantas’s one-day flight will range from $566 to $2,734.

On Oct. 6, the International Air Transport Association said it expects airlines globally to burn through $77 billion in cash in the second half of 2020. The organization warns that 5 million people in the airline industry are at risk of losing their jobs.

Singapore Airlines recently cut 4,300 workers after posting over $1 billion in losses in the first half of 2020. In quarterly earnings posted in August, Qantas reported nearly $2 billion in losses and Eva Airways recorded a loss of over $20 million.

For Asian airline carriers, a return of cross-border flights would provide more relief.

Government officials in Asia have discussed the concept of ‘travel bubbles,’ in which countries with few coronavirus cases would open travel routes with each other and drop quarantine requirements for each other’s visitors, since at least May, but until now they have failed to materialize.

But there are signs that travel bubble talks are once again picking up steam.

Singapore and Hong Kong are reportedly moving closer to creating a two-way flight corridor, and Thailand recently announced that it will begin admitting Chinese tourists at the end of October. South Korea and Japan announced that they will begin introducing cross-border, quarantine-free business travel this week.