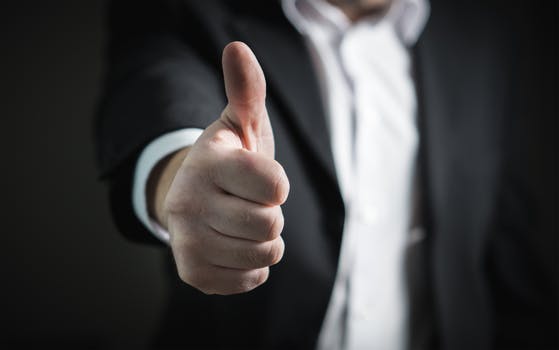 If you’re a Harry Potter fan, you’re familiar with the idea of a “howler.” In the wizarding world, irate parents can send a magical letter that screams their frustration. You don’t want to open it in front of your friends; if you do, you’ll hear Mom or Dad’s angry voice shouting its disappointment.

I’ll never forget the day I (Amber) received my first professional howler. It was just a few months into my first “real” job, as the editor of an organization’s magazine. I left a conspicuous typo in the latest issue in a caption underneath the photo of a VIP. One or our senior execs sent me an ALL CAPS email, making it clear to me (and my boss, whom he copied) that I was the village idiot.

That experience comes to mind each time we teach a session on giving feedback. Howlers are textbook examples of how not to share your concerns with a team member. But how do you give feedback the right way?

If you want to give great feedback, the kind of feedback that is heard, appreciated, and taken to heart, then you have to leave the howler behind. Howlers aren’t actually feedback at all: they’re criticism. Criticism is rarely productive; feedback, on the other hand, is the breakfast of champions. Here’s the difference:

Today In: Small Business
Five differences between feedback and criticism

The senior exec’s email highlighted all the mistakes I’d made. Sure, I could infer that he therefore wanted a typo-free publication (a reasonable request). But why not just state what you want?

Feedback clarifies what you want. Sometimes, what we want is more complicated than just being the opposite of the mistake that was made. For example, I think the exec really wanted a publication that made VIPs feel celebrated and proud of the organization’s high standards. In this example, sharing what he wanted would have helped me grasp the bigger vision of the organization and my role in it.

There are few things worse than feeling like you’ve messed up and there’s no chance to fix it. Criticism looks backward, points out the problems, and says, “you screwed up.” Feedback sees those problems in the rearview mirror, then points out a future where the problems don’t exist.

Imagine your accounting team is switching to a new software system, and the first few weeks of reports have inaccuracies and are difficult to read. A critic would say, “You’ve messed this up and the month is lost.” Someone who gives good feedback would say, “Next month, we need to make sure we’ve triple-checked the numbers and cleaned up the formatting.”

Criticism is focused on weakness; feedback helps to build up strengths.

One of our favorite authors, Anne Lamott, writes that people often have a “bad movie playing in Theater B.” She means that our brains are good at cataloging our own short comings and telling us all the ways we’ve failed. Criticism turns on the projector in Theater B and fires up that film.

In contrast, well-framed feedback can actually help people connect to their strengths and capacities that will help them improve for the future. Take that accounting example above; imagine you added, “Accuracy has always been one of your strengths, so I know that will come in handy. Let’s see if we can postpone some of the less important reporting to focus on getting the master reports perfect.”

Deflated is exactly how I felt after I opened that howler. I felt like I’d made a mistake I couldn’t fix, and that my capacity was being questioned. In contrast, when Donna, my boss at the time, came to discuss the email, her tone was much more supportive. It brought the spark of inspiration I needed to crawl out from under my desk.

Criticism says, “You are the problem.” Feedback says, “We can make this better.”

Finally, criticism points a finger and says you didn’t measure up. In contrast, feedback acknowledges the other person’s role in the situation and says, “let’s figure this out together.”

We can’t stress the importance of this enough. The responsibility for mistakes, especially mistakes at work, rarely rests squarely on one person’s shoulders. If you’re the leader of a team, you probably had some role to play in situation. (For more on how to look at mistakes and failures, see our earlier article.) Taking shared ownership of the situation and turning the focus to the future makes your feedback much more likely to be heard.

Take insight from feedback, take criticism to the shredder

That howler email from the senior exec has a happy ending. Donna, my boss, brought a printed copy to my office. She asked me what I wanted to learn to make future issues of the magazine better. (A great example of focusing on the future, a key characteristic of feedback.) We discussed ways I could ensure this wouldn’t happen again.

Then Donna grabbed the printed copy of the email, led me into the copy room, and pointed at the paper shredder. She fed the email into the machine while I pushed the button and watched that howler dissolve into a dozen scraps. Her message was, learn from it but don’t take it personally.

Who would you rather have for a boss, Donna or the senior exec? We can anticipate your answer: we all want the boss who will help us learn from our mistakes and use them to make a stronger future. That’s what good feedback can do for you. Criticism, on the other hand, rarely helps us improve.